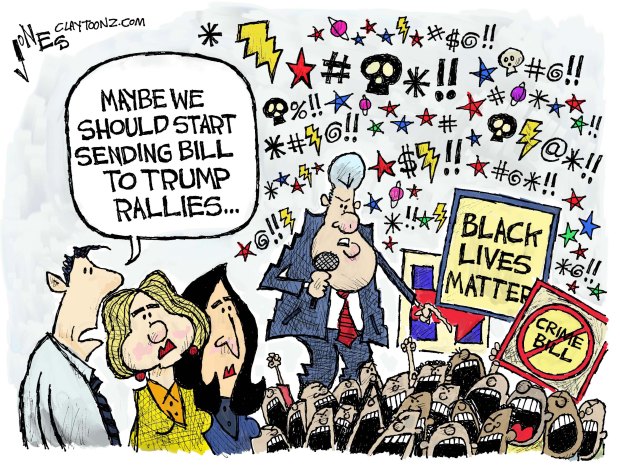 Former president Bill Clinton is spending as much time defending his legacy as he is advocating for his wife’s presidential campaign.

During his presidency Clinton signed a crime bill. This was widely supported by Republicans and a lot of Democrats. Even Bernie Sanders voted for it and it was written by Joe Biden. It did some good things like put more police on the street and banned the manufacturing of 19 types of semi-automatic weapons. It also eliminated education grants for inmates, instituted life in prison with the three-strike rule for violent offenders, and constructed a lot of new prisons. Many people blame Clinton for the spike in incarceration rates for minorities.

Some of the people came to a rally and protested while Bill Clinton was speaking. As a few members of the Black Lives Matter movement shouted at Clinton, he argued back. He kept arguing. Then he argued some more. He even seemed to be engaging with one protester in particular. His wife the candidate, was totally out of the conversation for a while and it was just Bill Clinton engaging hecklers and defending his presidency.

There have been other times when Bill Clinton has acknowledged the sentencing structures in the bill were a mistake. Mandatory sentencing is a mistake. Those decisions should be in the hands of judges and juries who can consider the circumstances.

Hillary Clinton has to spend time discussing this bill, which was passed in 1994, six years before she entered the U.S. Senate.