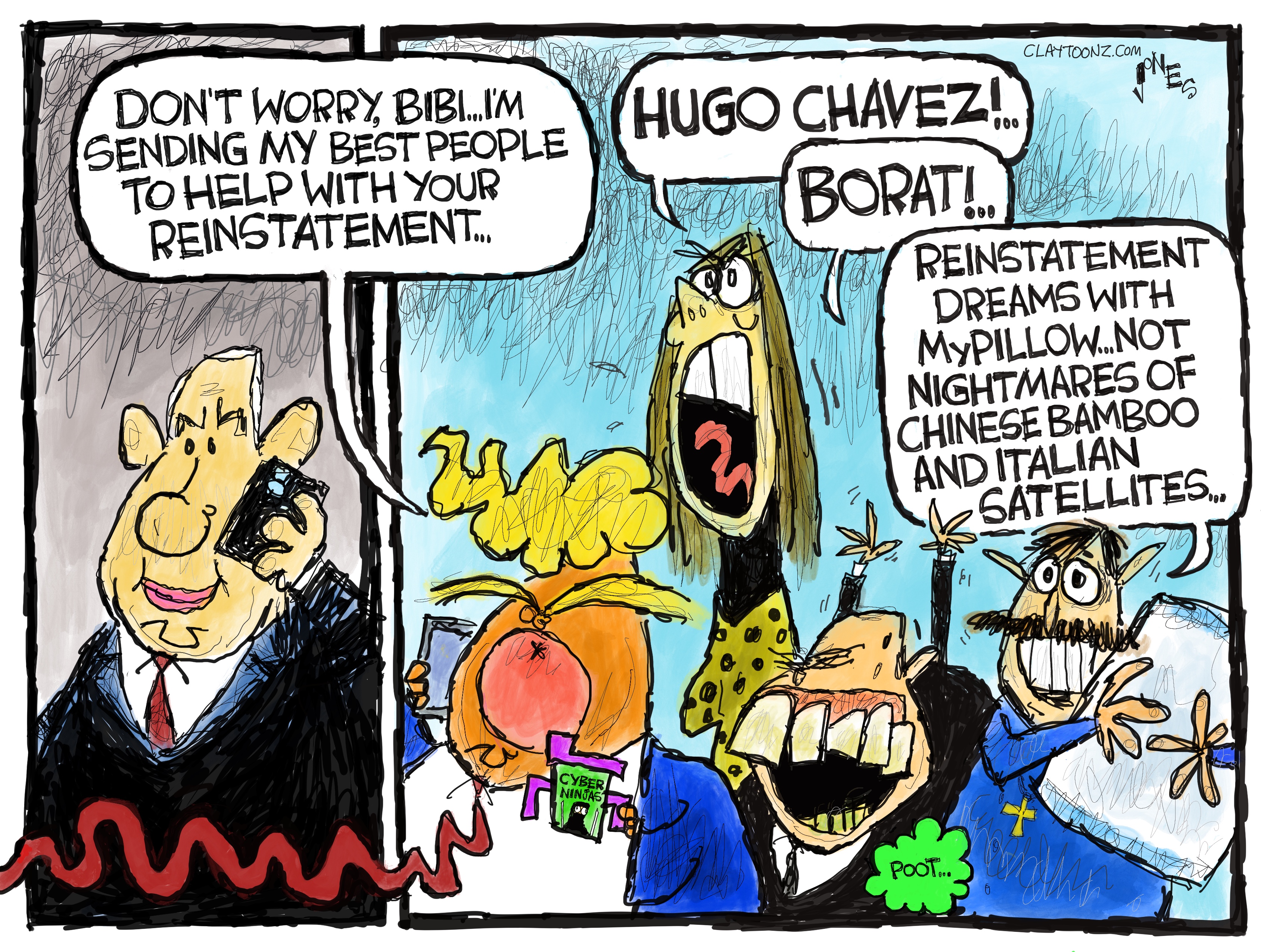 Is Benjamin Netanyahu smarter than Donald Trump? While he likes to dish out the occasional conspiracy theory, I seriously doubt he’s dumb enough to use Trump’s lawyers and advisers.

Bibi and Trump are reinstatement buddies with both promising to return. A return to office is possible with both, though Trump will NOT be “reinstated,” and both have to get through a lot of legal troubles before they can mount any serious comebacks. For Trump, he can’t be taken seriously.

You can’t be taken seriously when your advisers, morons like Rudy Giuliani, Sidney Powell, and the MyPillow goon are spreading lies about Hugo Chavez meddling in the election, voting machines and Italian satellites changing votes, bamboo in ballots shipped from China, and the lies Trump won and can be reinstated.

It will also be hard to regain control of your nation’s highest office from prison. Here’s a fun fact: If Donald Trump goes to prison, he can still run for president from prison. It’s actually been done before. Can Bibi? I don’t know and unlike the Qnuts, I don’t just make shit up. I haven’t taken a course on Israeli civics.

What I do know is that both men, Trump and Netanyahu, are lying sacks of crap who are both corrupt. Now, neither of them can seek asylum in the other’s nation to avoid prosecution. For both men, there’s always Russia, if Putin will have them. They would both have to bring a lot of cash.

Bibi’s trial starts in July. While Trump expects to be reinstated in August, I’m hoping to see criminal charges brought against him in that month.

Watch out, Bibi…Trump will steal your balls.

Notes on my book, Tales From The Trumpster Fire: I have two copies of my book in stock, which I’m selling for $45.00 each, signed. Also, I have copies of my first book from 1997, Knee-Deep in Mississippi available for $20.00.