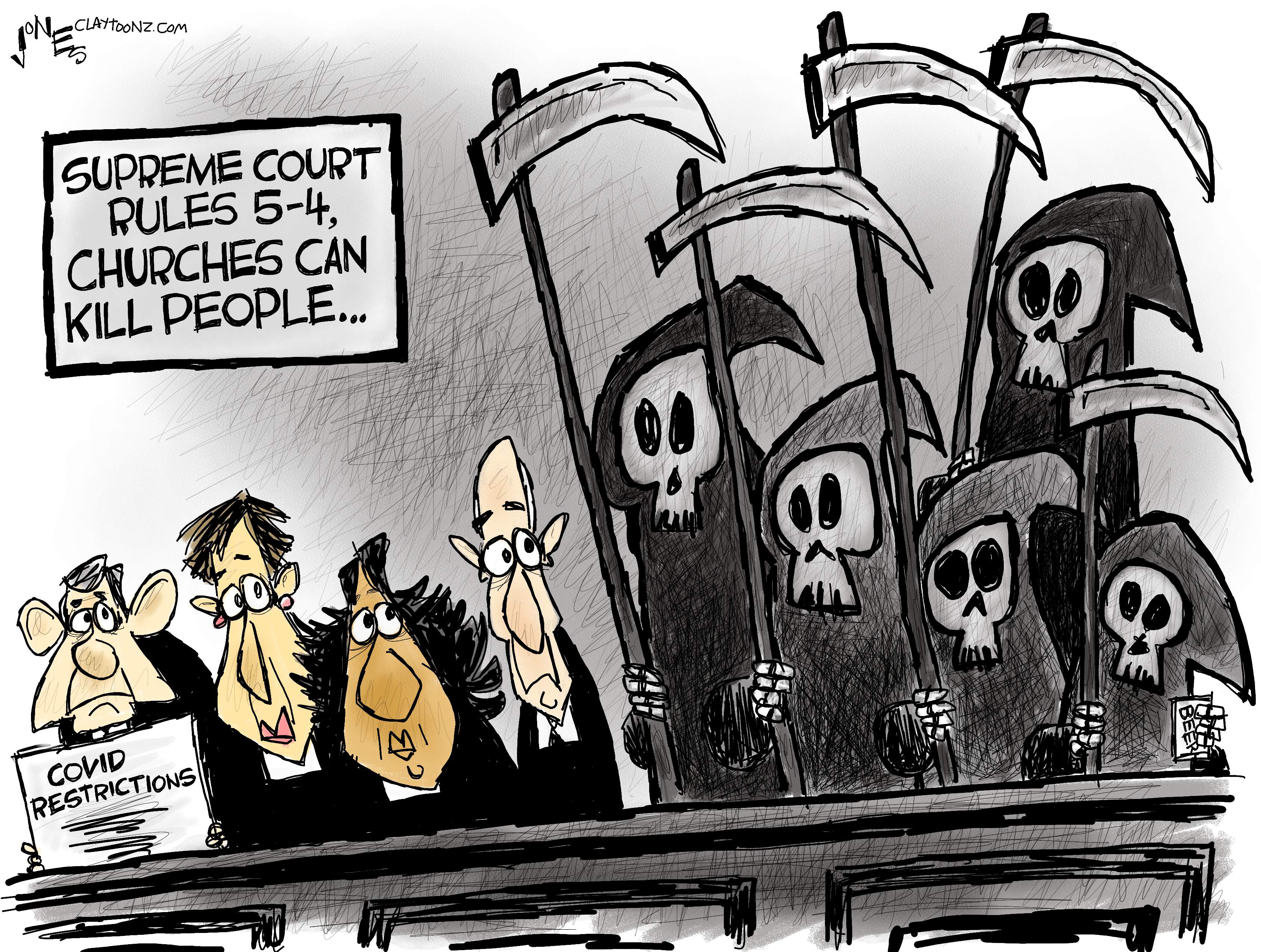 The biggest takeaway from the Supreme Court’s ruling that churches in New York can remain open, because placing restrictions on them is infringing upon their Constitutionally-protected religious freedom, is where the court will be years from now.

The big takeaway here is that Amy Coney Barrett was the vote putting it over the top. The last time the court voted on this, Ruth Bader Ginsburg was on the court and actually understood the case.

The argument here is that New York Governor, Andrew Cuomo, was being harder on churches than places like retail businesses. But the thing is, it’s not the same.

You don’t go to a grocery store to spend two hours parking your ass in one spot. You do that in church. It’s not comparable. The churches are complaining that Cuomo is singling them out for their religion.

Nobody cares about your religion other than to protect it. I don’t care if you go to mass for seven hours every night, dance in circles with snakes while speaking in tongues. You do you. But, I do care if you go to church and bring back your virus to the grocery store. Do you understand how that works? No?

Neither do five members of the Supreme Court.