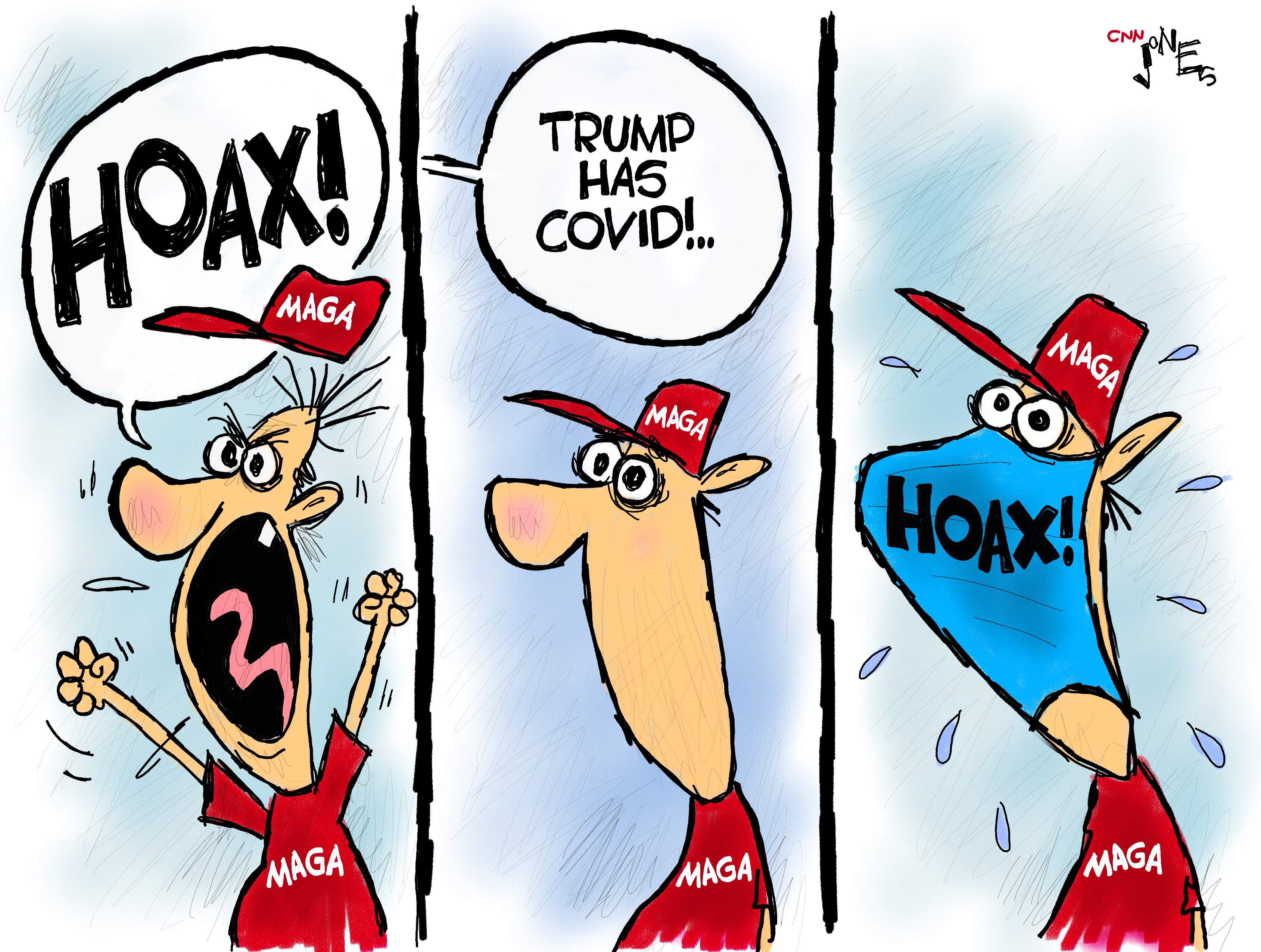 There was hope that Donald Trump having the coronavirus would change his messaging of the pandemic…and more importantly, change how his base behaves with it.

Donald Trump said he went to the “school of covid.” He fully understood it now…then tweeted he may be immune to it, despite testing positive and going to the hospital for three nights. He may have gone to the “real school,” but like that Ivy League school he got into, he might want to get someone else to take his tests.

Soon after arriving back to the White House, he came out on the balcony, removed his face mask, labored to breathe, then gave a salute. Who was he saluting? The people on the sidewalk facing the south lawn are too far away to tell he’s saluting. So, what the hell? Go to bed, you orange goon and make sure they burn the sheets in the morning, you contagious rancid sack of walking pumpkin shi…

Anyway, now, his base is using his return to the White House to claim the illness isn’t that bad. Or, that it’s really bad but this is just how incredibly strong Donald Trump is. What a superhero. What a super spreader. How many people in the Trump orbit have tested positive now? How many will?

Trump was euphoric tweeting he feels better now than he has in the past 20 years…and his base is claiming this is “owning the libs.” Donald Trump says we shouldn’t be “scared of the virus” or let it “dominate our lives.” It’s a message to his base.

What Donald Trump needs to message to his base is to wash their hands, practice social distancing, and wear their damn mask.