I have drawn seven ideas on Donald Trump acquiring the Trump Virus. I published one early this morning. I’m going to save another for this weekend (I may change my mind), and I’m drawing one for CNN. That leave four I can share with you now.

This is how a rough works sometimes. I just give the idea of what I want. If I was to draw this cartoon, there would be more Trump quotes downplaying the virus. 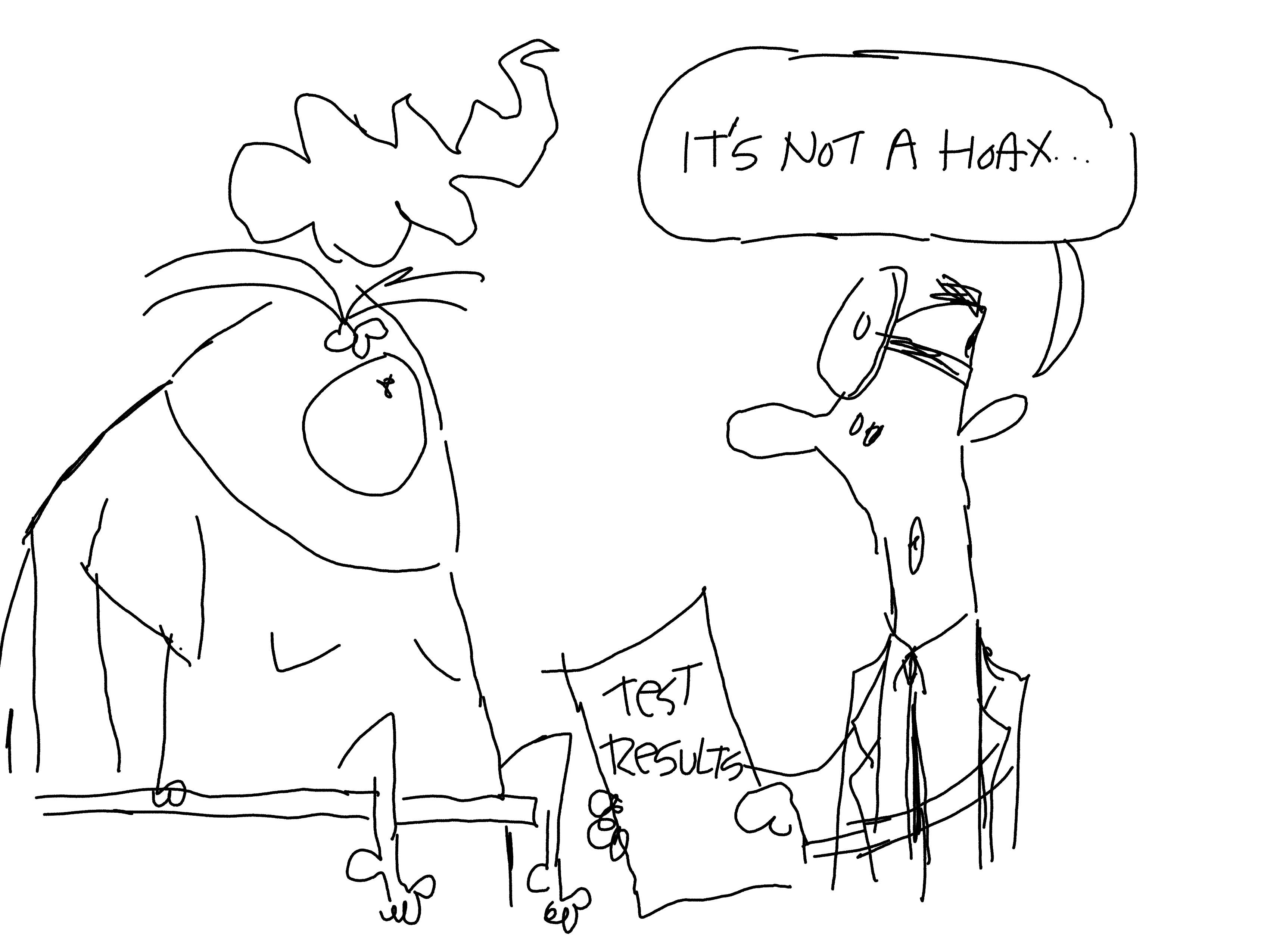 This was the first idea I had. I had around 1:00 A.M. I knew I could do better. But ya’ know what? I wouldn’t be surprised if another cartoonist does this cartoon. 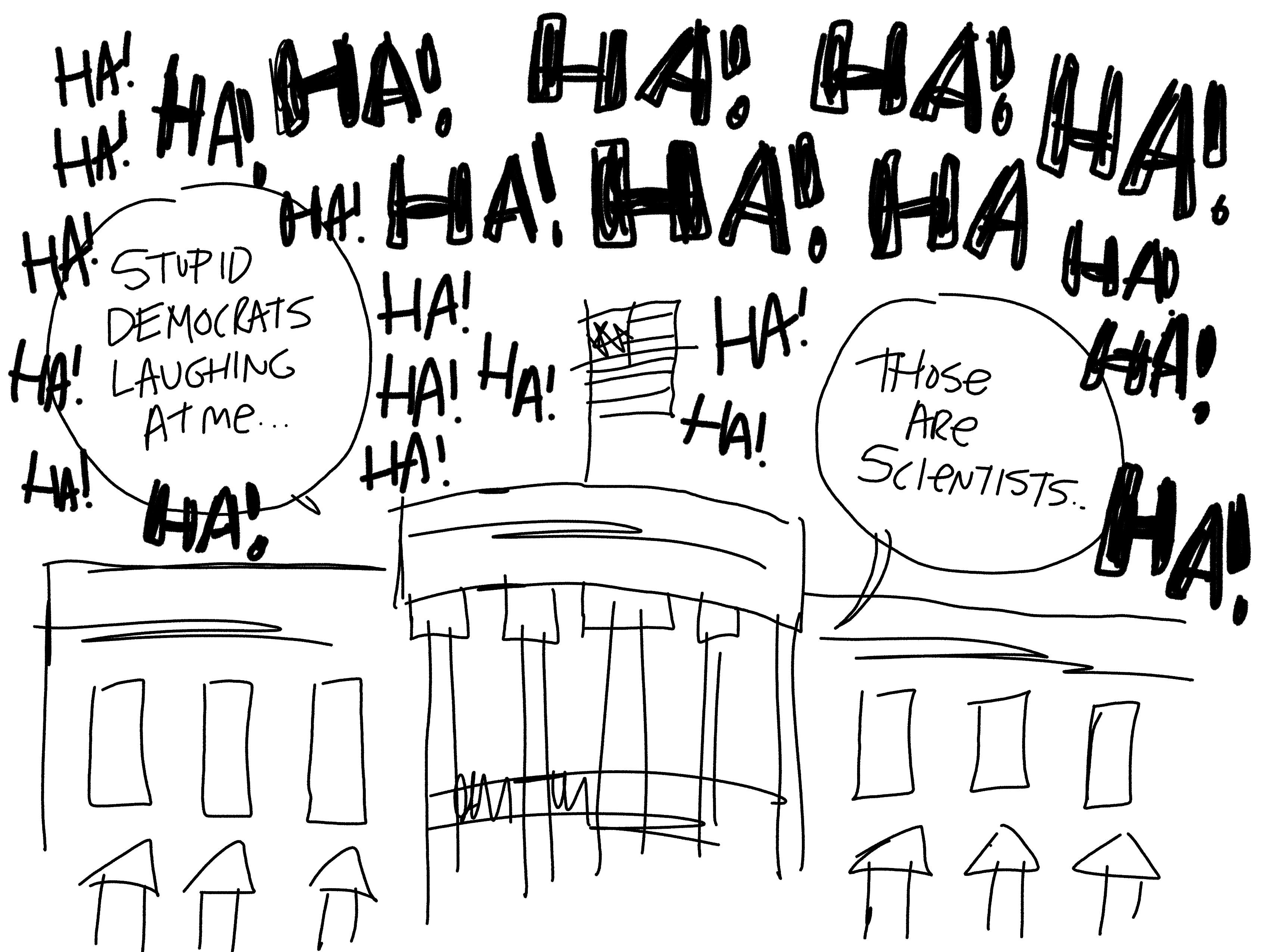 I’ve seen a few conservative whakamolies say Democrats are rejoicing over this and how heartless they are. True. A few are…but keep in mind, these same conservatives were laughing at the people Kyle Rittenhouse shot and said they “had it coming.” But if anyone should be laughing at Trump, it’s the scientists. Donald Trump said, “Science doesn’t know what’s going on.” Science knows Donald Trump has the coronavirus. 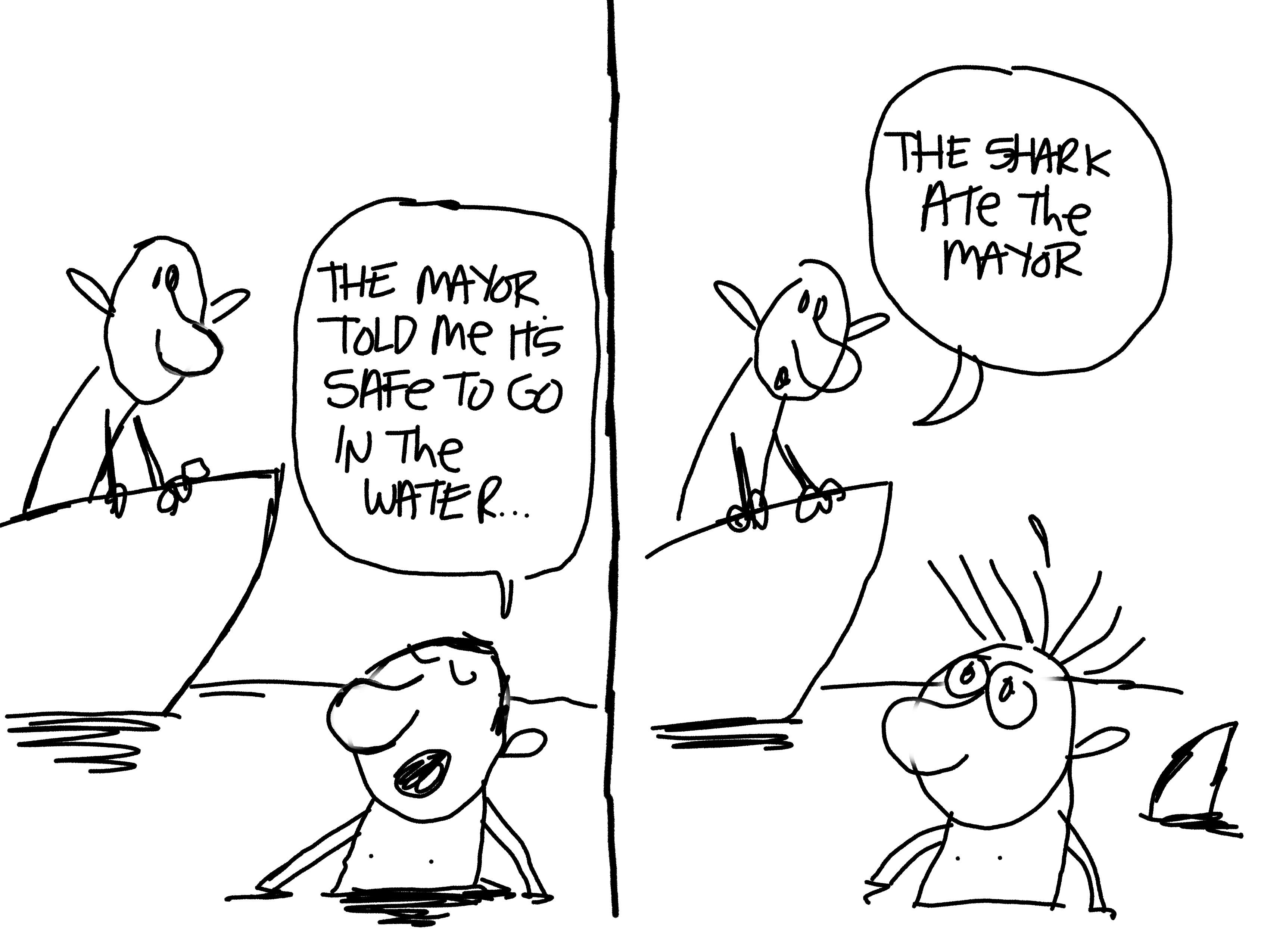 I am a Jaws fan. A huge Jaws fan actually. And if there’s one thing I can’t figure out is why the mayor was still mayor in Jaws 2.

Of course I wasn’t going to do this, especially with the F word. But sometimes, I like to fuck with my editors.