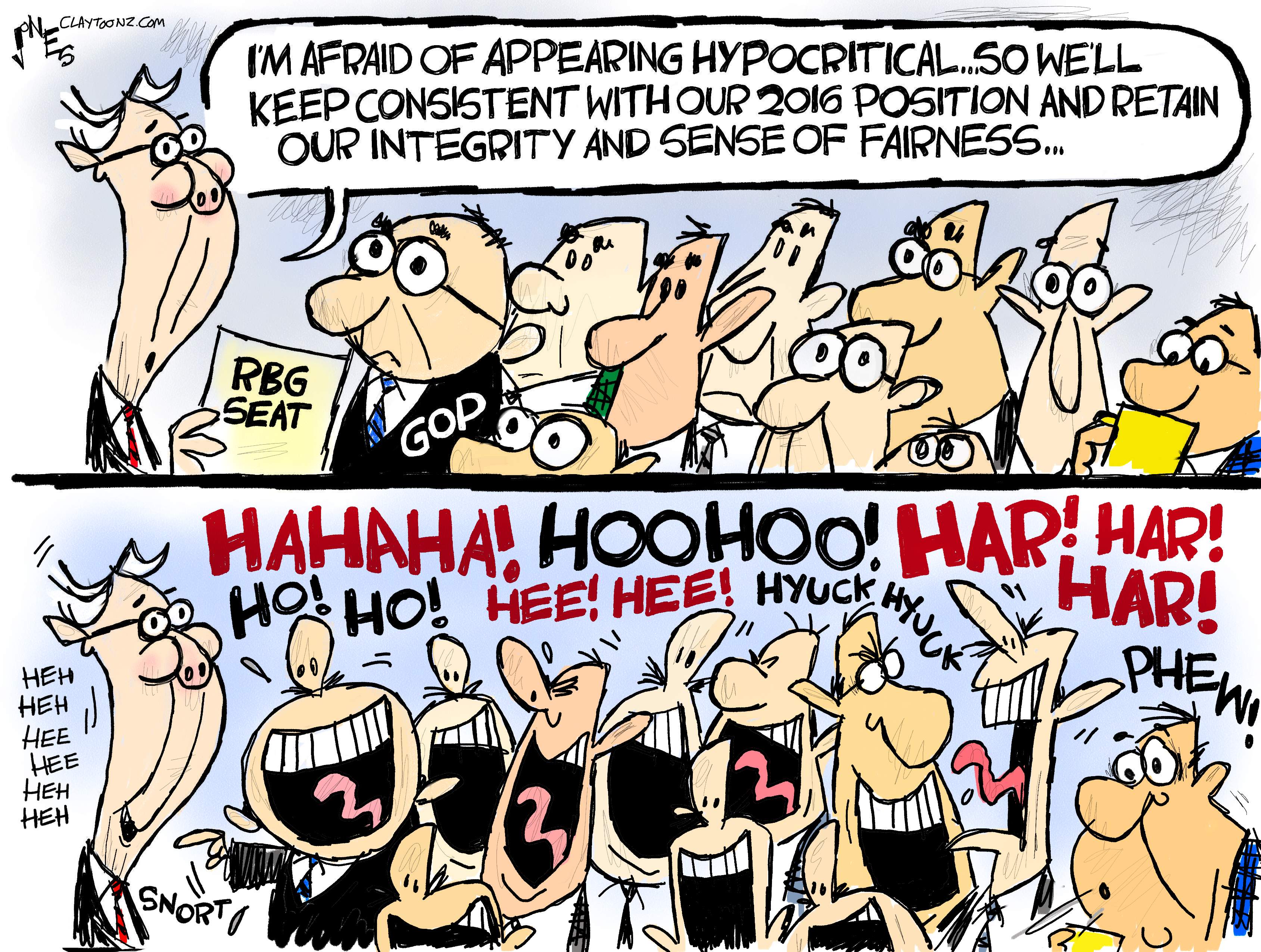 “The American people should have a voice in the selection of their next Supreme Court Justice. Therefore, this vacancy should not be filled until we have a new president.”

That was Senate Majority Leader Mitch McConnell in 2016 after the death of Supreme Court Justice Antonin Scalia left a vacancy. If you were unsure if McConnell was full of shit then, today’s actions by him and his GOP colleagues confirms it.

The fact of the matter is, Mitch McConnell, Donald Trump, and the Republican Party don’t care about being hypocrites. They never had integrity or a sense of fairness. The only reason they bark out some stupid bullshit about the president (sic) and Senate being the same party now, something they didn’t stipulate in 2016, is because they need some bullshit. I mean, they can’t just come out and say it’s a power grab and they don’t care. They can’t admit they’re hypocrites.

If they had to, they’d create some new crap like there’s a exception for a president with a bad combover.

McConnell was on Sean Hannity’s show fairly recently where Hannity praised Trump for being so much better than President Obama at nominating judges. McConnell actually corrected him and said Obama was good at nominating, but that he, McConnell, was good at blocking them. Then McConnell let out a sick giggle.

Republicans don’t care about decency, fairness, or integrity. They definitely don’t care about the Constitution. And hey, when it’s all said and done, the court may not matter if we’re in a fascist system.

But, they’re rushing to fill this seat because the argument they clung to in 2016 may be true this year. Donald Trump may be rejected by the American people again, but this time, tossed out of office. The United States Senate may be in Democratic control. The fact the Republicans are forcing this vote on a new justice, before the election or the end of the year, is because it’s a power grab. It’s because they’re afraid the people will have a say.

In fact, a new poll shows that 62 percent of Americans want the confirmation to wait. Maybe America feels kinda weird about an impeached president making lifetime appointments to the highest court in the nation.

When McConnell made the statement about Americans having a say in their next Supreme Court Justice, he said, “THEIR” Supreme Court Justice. He was momentarily correct in that the seat belongs to us, not to the Republican or Democratic Party. They’re playing politics with our lives for the next forty years. In a few months, their politics may mean an end to legal abortion. It may mean an end to healthcare coverage for millions of Americans.

I can change my positions too. I was against adding new seats to the court. Now, I’m for it. If the Republicans are going to steal seats from Democrats and refuse to play by their own rules, and a stupid, racist president who is a tool of Russia can’t nominate anyone who can garner 60 votes, then let’s do some power grabbing of our own. Increase the number of seats and while we’re at it, let’s make Washington, D.C. and Puerto Rico states. That’ll give Democrats four more Senate seats.