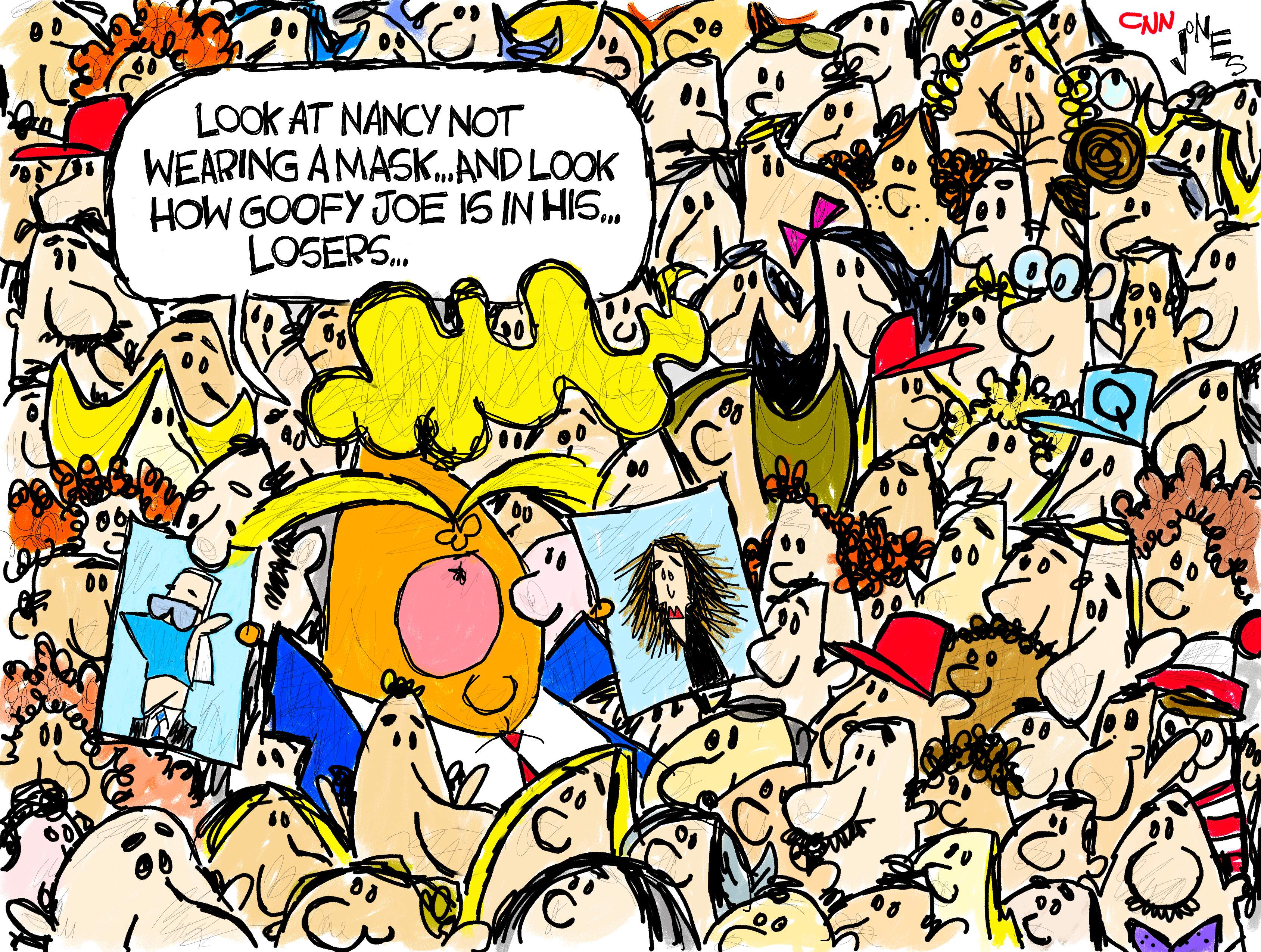 Speaker of the House Nancy Pelosi violated California state law when she went to a hair salon and at least for a minute, didn’t wear a face mask.

A video was released of her walking from one room to the other without the mask. Pelosi claims it was a setup as she called the salon, where she’s been a customer for years, and an employee told her to come in.

In fact, White House spokesgoon Kayleigh McEnany began a press briefing about the video and ran it on a loop for several minutes. The thing about this is, it shouldn’t be the White House promoting and advancing this video. It’s bad politics. What they should do is just let their conservative allies do it. Yeah, it’s still hypocritical and stupid, but at least they could have the semblance of keeping their hands clean and government employees like Kayleigh McEnany wouldn’t have to conduct herself like a goon.

Look at the Republican convention. There were two nights where the Trump team created crowds, one at Fort McHenry in Baltimore and the other on the South Lawn. Not only did these two acts violate the Hatch Act and abuse public property for partisan political events, they didn’t practice social distancing. Face masks were not required. You have to remember the last time Trump put together a huge party for a political event, it killed Herman Cain, who, by the way, they failed to mention once during their four-nights of lies and bullshit.

Last week, Donald Trump mocked Joe Biden for wearing a mask. Trump said, “Did you ever see a man who likes a mask as much as him?. It gives him a feeling of security.”

Then, the guy who should be in a padded room while wearing a jacket that ties in the back said, “If I were a psychiatrist — right? I’d say, this guy’s got some big issues. Hanging down.” Hanging down? What the hell is that? Anyway…

So far in this pandemic, due to a virus Donald Trump has ignored at times and downplayed at others, has killed nearly 185,000 Americans. So, why the hell is he mocking someone for wearing a face mask which is recommended by the Center for Disease Control and the White House Coronavirus Task Force?

What’s next? Making fun of people who have died from it? Calling them weak or better yet for Trump, losers?

Joe Biden is demonstrating by example, showing leadership, and taking the virus seriously. Donald Trump finds that something to mock.

Wearing a face mask is the patriotic thing to do. But then again, we all know how Donald Trump feels about patriotism.