Here are a few roughs from the previous week. 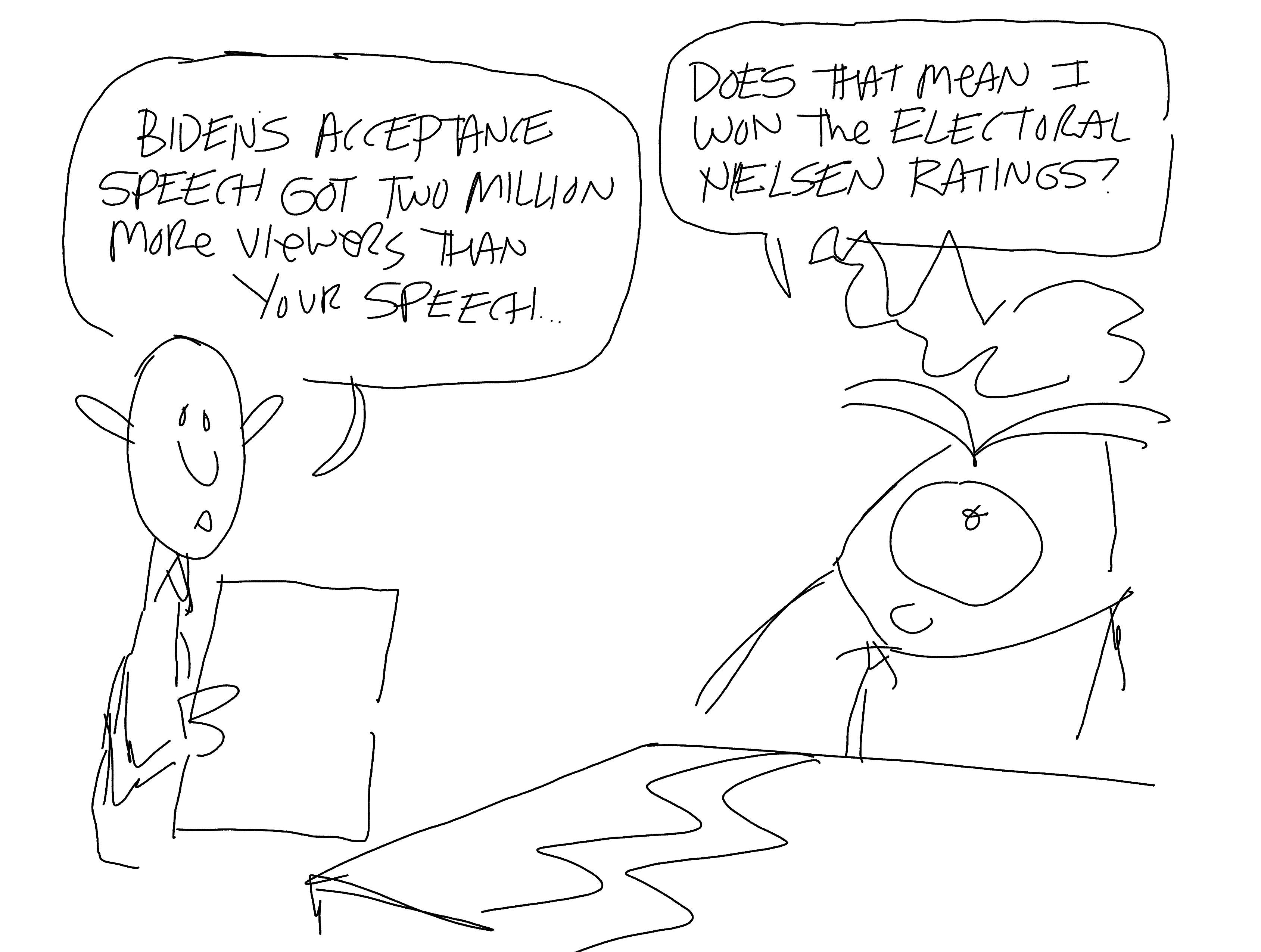 This is the rough for the cartoon I drew for last week’s CNN Opinion newsletter.

I originally had the number at 2 million, but they changed late last Friday night. I figured they might change again so I took out the specific total. Still, Biden beat Trump when to Trump, ratings are so important…except when they’re not. Oh yeah, Trump has called these ratings “fake news.” If Trump can’t accept ratings results, how is he going to accept the election results if he loses? 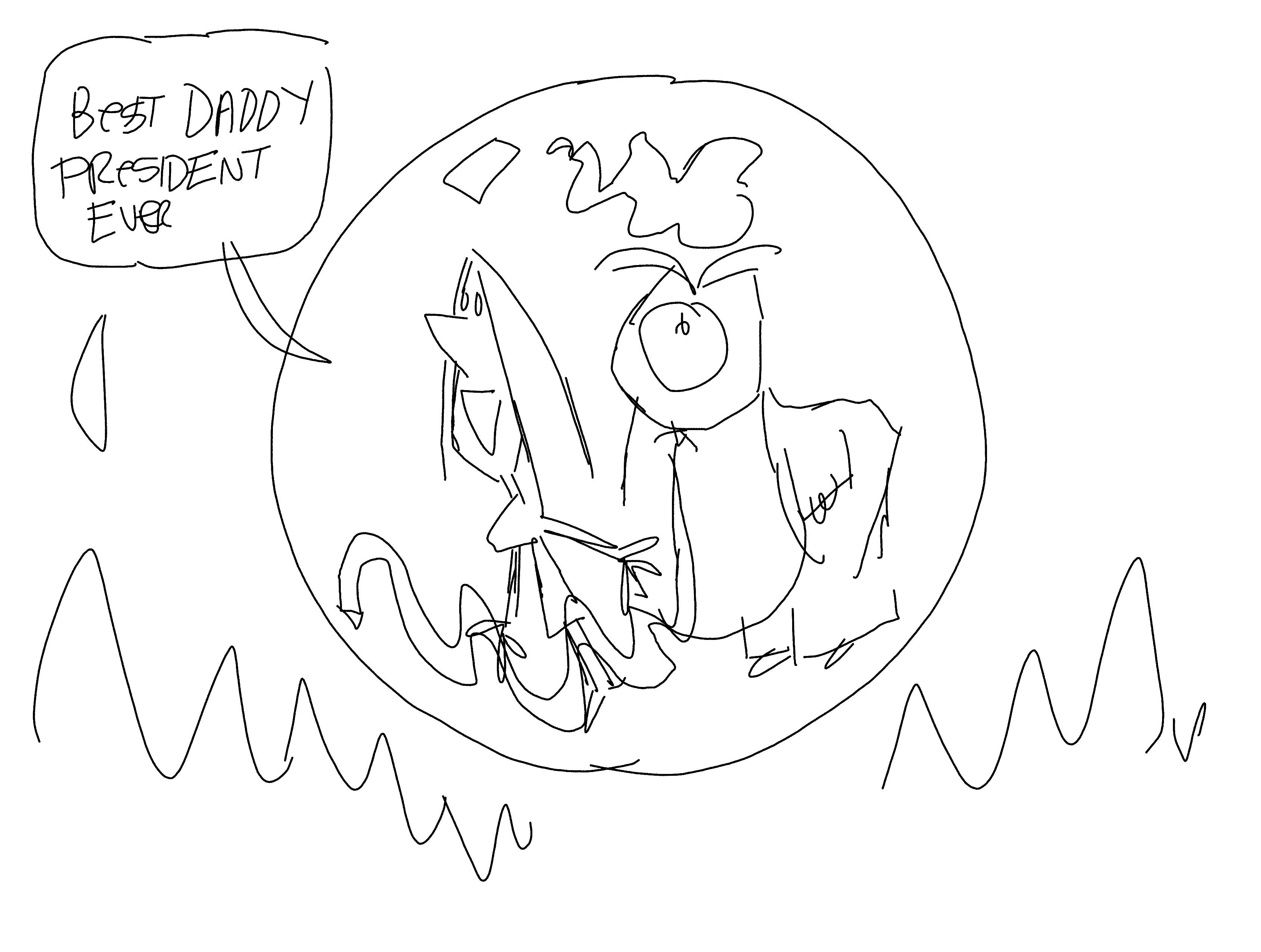 All around them is supposed to be a nation being destroyed while their convention is being presented from a bubble. I took a few shots at this.

I really liked this one but I was also afraid of it. Why? Because drawing it would have been extremely hard. Looking back at it though, maybe I should have gone for it.

Eh. I was not in love with this one. But still, that platform. Seriously?

This is mocking Ivanka’s speech about her daddy and really…why did the Republican convention feel we needed to hear from so many Trumps? We got Ivanka, Jr, Eric, Tiffany, Melania, Big orange cheesehead himself, one Trump wife, one Trump girlfriend, and…did I leave anyone out? And during Trump’s speech, he only mentioned one of his kids by name. I’ll let you guess which one that was. Anyway, I really like this grim reaper dude and I’m gonna reference this drawing in the future.

There is one more but I may draw it as an official cartoon, so you can’t see it yet.

What are your faves from this batch?