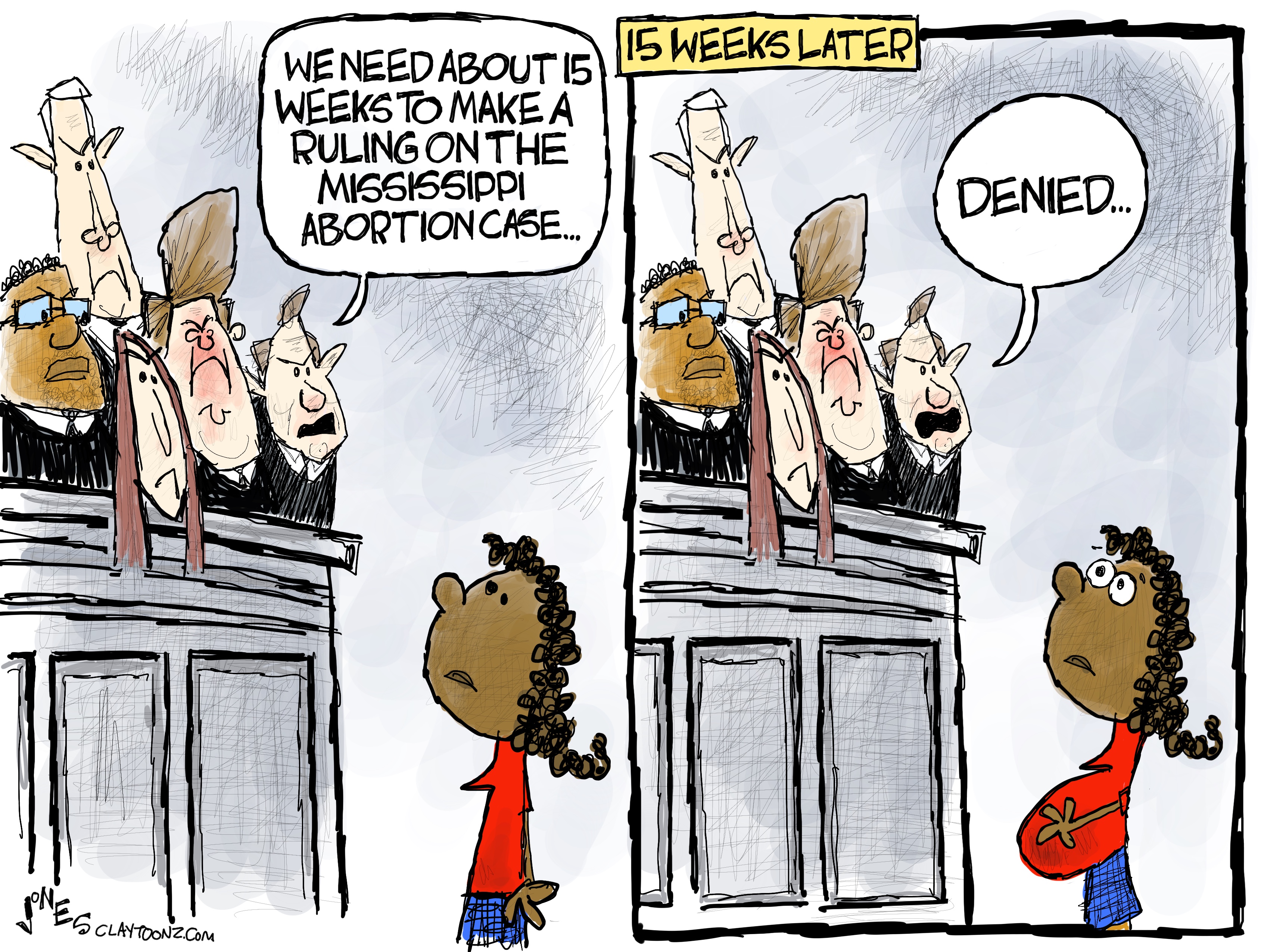 Abortion is doomed, and with it, so is the Constitution.

Donald Trump is gone from the White House but his lingering stench will be smelled for at least the next 30 years. This is why Mitch McConnell stole two Supreme Court seats, one from President Obama and the other from President Biden. A juvenile pig like Donald Trump shouldn’t be allowed to order for himself off the McDonald’s kids menu less enough to have three nominations for the Supreme Court.

America, you got robbed.

Amy Coney Barrett, who was the second pick stolen from Democratic presidents by McConnell, tried to make a case that abortions weren’t necessary anymore since women could just drop babies off at police stations and firehouses. This is the best legal mind Trump could find? Forget legal arguments and let’s go with batshit crazy religious zealotry.

Mississippi is trying to ban abortion. They enacted a law banning abortion after the 15th week of pregnancy. Texas has it around six weeks (when a heartbeat is detected). The Supreme Court established in 1973 a constitutional right to abortion and prohibited states from banning the procedure before fetal viability, currently around 23 weeks.

Brett Kavanaugh asked the lawyer for Mississippi, “In other words, that the Constitution is neither pro-life nor pro-choice on the question of abortion but leaves the issue for the people of the states or perhaps Congress to resolve in the democratic process?” He’s arguing it’s not a Constitutional right. He’s setting a precedent for their upcoming ruling, which we’ll probably get around June.

The people who argue against abortion are basing it on religion instead of a Constitutional right. Religion should not be a factor in constitutional decisions other than it’s protected. The Supreme Court, which has upheld the separation of church and state, is using the church to decide on matters of states. The Supreme Court is full of zealots.

The Supreme Court didn’t have to take this case, but they did so they can ban abortions. I expect the court to make it legal for states to ban abortions outright…and give Congress the right to ban it nationwide in the future. Vote Democratic, people.

Justice Sonia Sotomayor asked, “Will this institution survive the stench that this creates in the public perception that the Constitution and its reading are just political acts?”