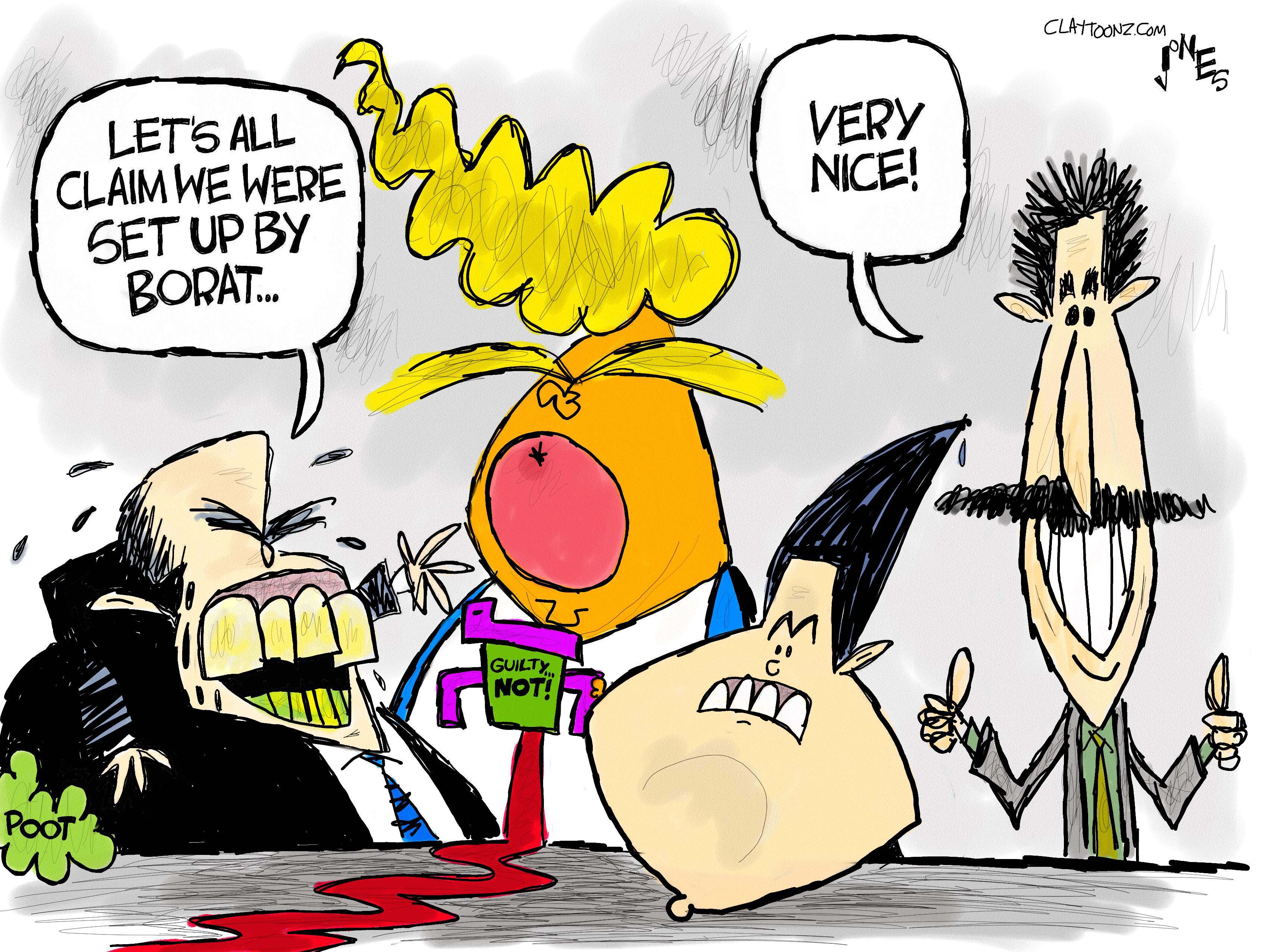 After having his apartment and office raided by the FBI, Giuliani asked why they didn’t pick up the laptop in his possession he claims belongs to Hunter Biden. It’s hard to believe Rudy was once considered a great attorney when he admits to having stolen property in his possession.

One person who has flipped is Matt Gaetz’s partner in sex crimes, Joel Greenberg, who knocked his charges down from 33 to six, with one being sex with a minor. How do you reduce your charges from 33 to six? You plead guilty to six and cut a deal by giving the prosecutors someone bigger. Of course, to give someone bigger, you have to have more than your word…especially if you’re the kind of guy who hangs out with Matt Gaetz. Your evidence better be good. Seeing that Greenberg has cut a deal, his evidence is probably pretty good. And if you’ve ever heard the crap that comes out of Gaetz’s mouth, you’ll find it hard to believe he’s good at covering his tracks.

That’s the fun thing about Republicans. They’re stupid and will turn on each other faster than you can say, “Giggity.”

Will the next flipper be Allen Weisselberg, the Trump Organization’s chief financial officer? He’s being investigated by the New York state attorney general, who’s cooperating with the Manhattan district attorney. They’ve been given financial records by Weisselberg’s former daughter-in-law. They’re looking to see if he paid taxes on gifts given to him by Donald Trump, including cars and private school tuition for at least one of his grandchildren, as well as gifts for his son, Barry Weisselberg, who also works for the Trump Organization.

The investigation into Trump himself started as a civil one, but has now been extended to also be a criminal matter…probably because Trump is a criminal. Weisselberg probably won’t turn on Trump based upon his boss’ history of returning loyalty to those loyal to him (that was sarcasm).

Once upon a time, Michael Cohen said he’d never flip on Trump.

The statute of limitations are about to run out on a lot of these actions Trump is expected of doing, so if there are going to be any charges coming from the state of New York, they’ll come very soon. If tax fraud is discovered, and I think it will be, the Justice Department just might jump in. The Justice Department is probably already looking into Trump fuckery, but they’re behind everyone else because for the past four years, they were headed by a guy who saw himself as Trump’s protector.

Donald Trump has already been busted by New York on civil charges regarding his fake university and his fake charity. As for fraud in describing his property, it’s already been proven Trump lies. He’s lied to lenders about how many condo units he’s sold in a property. He’s even lied about how many floors some of his towers have, ignoring that most people can count. And let me remind you, his finances could lead back to Russia which would open up so much more to investigate.

Donald Trump is corrupt. His entire family is corrupt. Everyone who has ever worked for him is corrupt. The Trump Organization is a crime family. Trump claims this is a witch hunt and a political investigation looking for a crime. They have the crimes. This is the guy who publicly tried to shift a world summit to one of his shitty golf resorts when he was president (sic). I don’t think they’ll have much trouble finding evidence of his corruption.

Here’s another juicy detail to this: Florida officials are talking about what to do if there’s an indictment of Trump from New York. The Palm Beach County state attorney, Dave Aronberg, has admitted they’re having conversations about how the state, and its Trump sycophantic governor, Ron DeSantis, can drag their feet with extradition. Is Ron DeSantis preparing to hide Trump in his cellar in case Colonel Landa swings by?

Aronberg said, “So that’s a conversation we’re having: What is the governor’s power? And the governor’s power to stop an extradition is really nonexistent. He can try to delay it, he can send it to a committee and do research about it, but his role is really ministerial, and ultimately the state of New York can go to court and get an order to extradite the former president.” Can you see DeSantis fighting this and using it politically with Trump’s fucknut Florida base? Can you see Ron DeSantis rebranding himself as Trump’s protector? Only in Florida, right?

If they’re talking about this in Florida, it means they expect it because they know Donald Trump is corrupt. No American president has ever been charged criminally. But then again, no president had ever been impeached twice before Donald Trump waddled into the Oval Office. Donald Trump will be criminally charged for something at some point. He’s just too damn corrupt for it not to happen.

DeSantis can delay the extradition…possibly long enough for Donald Trump to flee the country. It’s too bad his largest private jet is in mothballs on an airport tarmac and the smaller plane he has leaves less room for friends, like Rudy Giuliani and Matt Gaetz…if Trump was loyal enough to take them with him. To make room, Trump might have to choose between Rudy, Gaetz, and a KFC bucket. Sorry, boys.

Where could Trump go to flee U.S. prosecution? There are several nations without extradition treaties with the U.S. A lot of them are in kingdoms that are friendly to Trump, such as the United Arab Emirates Republic, Bahrain, Kuwait, Qatar, and Saudi Arabia. I wouldn’t expect him to end up in Niger, Mongolia, Oman, Yemen, Somalia, Sudan, Togo, or Djibouti (he probably thinks they’re all shitholes). I also wouldn’t expect him to land in Ukraine or China, with all the crap he’s said about them. Of course, he could always go to Russia and become an oligarch. He and Putin can play golf together. He’s already Putin’s ball boy.

I hope Trump is too arrogant to flee the country. Seeing him defeated by President Biden was the first step. Seeing him in prison is the second.