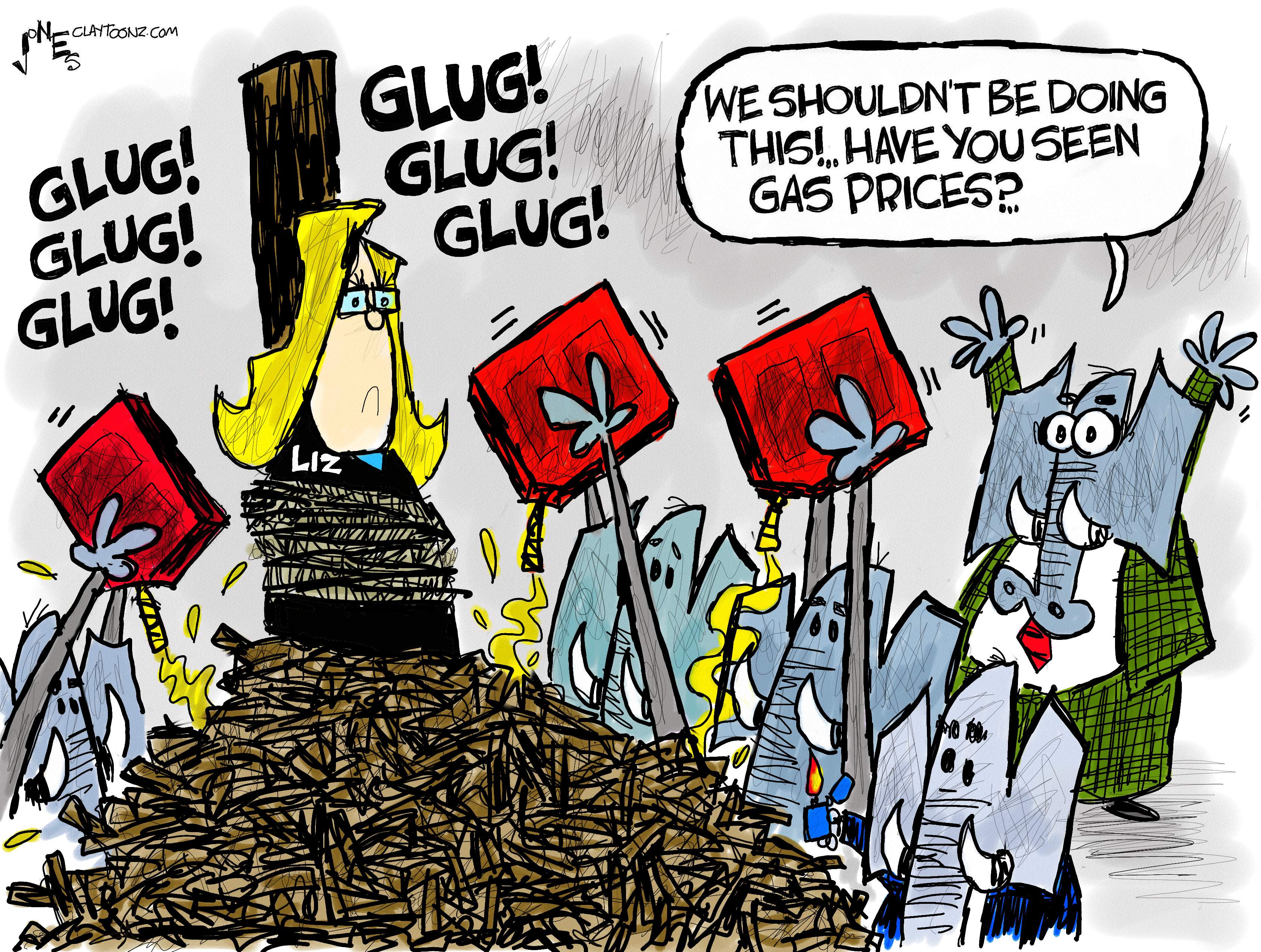 While chomping on some two dollar street tacos last night at a nearby Mexican restaurant, I was thinking about the gas shortage. It’s the thing everyone is talking. A couple of guys near me and the bartender were talking about how bad the lines were getting here locally, despite the fact there really isn’t a gas shortage.

DarkSide, a brand new criminal gang from Russia that may be Eddie and the Cruisers or Darth Vader fans, conducted a ransomware hack into Colonial Pipeline, which flows nearly half the gasoline for the eastern United States. Immediately, people started freaking out and forming long lines at gas stations, filling tanks, cans, and even barrels (one photo circulated of someone putting extra gas into freezer bags).

Immediately, conservatives started blaming President Biden, comparing him to President Carter, and demanded that our nation have energy independence.

There was a supposed gas shortage in 1979 due to the Iranian Revolution. Gas prices shot up here in the United States despite the fact at the time, we only got five percent of our oil supply from Iran. We were exporting more oil in 1979 than importing (In case you’re a Republican, “export” is when you send out and “import” is when you bring it in). Global supplies only decreased by four percent. It’s funny Republicans are mentioning Jimmy Carter when talking about a 1970s gas shortage, because it also happened in 1973 (In case you’re a Republican, 1973 was in the 70s) when Richard Nixon, a Republican, was president. This was due to an embargo by OPEC, holding up oil imports to nations supportive of Israel in the Yom Kippur War. Because we did not have energy independence, we had long gas lines. Oil shot up from $3.00 a barrel to $12.00 a barrel. Today, oil is around $64.00 a barrel.

According to yokels on social media, gas went up ten cents a gallon at the pump yesterday. Let’s say your car can hold up to 13 gallons of gas. In case you’re a Republican, that would add up to $1.30 more than you would normally pay.

In 1990, oil prices shot up from $17.00 a barrel to $36.00 after Saddam Hussein invaded fellow OPEC member Kuwait. Oil production did decrease but we never had an actual shortage. Western oil companies should have sent Saddam thank-you cards and bouquets for that one. And while we didn’t actually run out of gas, the short spike in prices contributed to the recession that made George H.W. Bush a one-term president. Maybe Bill Clinton should have sent Saddam a bouquet.

Now it’s happening again. People are freaking out over this hack even though oil hasn’t been disrupted. There is no shortage and there is no decrease in the flow along the eastern seaboard. But people are rushing out to make gas 2021’s toilet paper.

Hey, Republicans. Another good way to achieve energy independence would be to decrease our need for oil. We could always increase green energy and all start using electric cars. I know. You still think wind turbines freeze in Texas. But wouldn’t your monster truck look badass with a wind turbine mounted on the hood?

It’s also funny Republicans are blaming President Biden. While Obama was president, Republicans were critical of him because they thought he was slow cleaning up their economic mess. How many times did you hear, “Slowest recovery ever” from the Party of No? Then, Trump waddles into office, with help from Russia, and Republicans start talking about the “economic miracle” he inherited. Except, they never mentioned he inherited it. Then, Trump watched the economy tank from a pandemic he politicized.

Now, Republicans are blaming President Biden for Trump’s mess. They’re screaming about jobs and inflation, a situation that started under Trump. And they get to go after him for long gas lines from a hack inflicted by Donald Trump’s friends. Somebody should call Donald Trump and ask him if he sent the hackers…because he has a history of sending goons to attack the United States.

There’s also irony in that Liz Cheney is being punished for taking a stand, stating the truth that the election wasn’t stolen, and the Republicans are doing it with a secret vote because they’re all too cowardly to take a public stand.

People, these gas lines will be gone next week. There is not a gas shortage. But, if you run out of gas, there is a real problem because there are fuckers out there stocking up for a shortage that doesn’t exist. How much are you willing to bet that the people hoarding gas, filling tanks, barrels, cans, and even Ziploc guy, are all Republicans?

Creative note: Last week, my first idea on Liz Cheney involved her being burned at the stake. Then I realized, other cartoonists would do that same idea. It’s kinda lame. And then, other cartoonists did the same idea. They also had her hanging on walls and walking planks. It’s why I don’t go with my first idea. Then last night, I thought this would turn the burning-at-the-stake idea on its head.