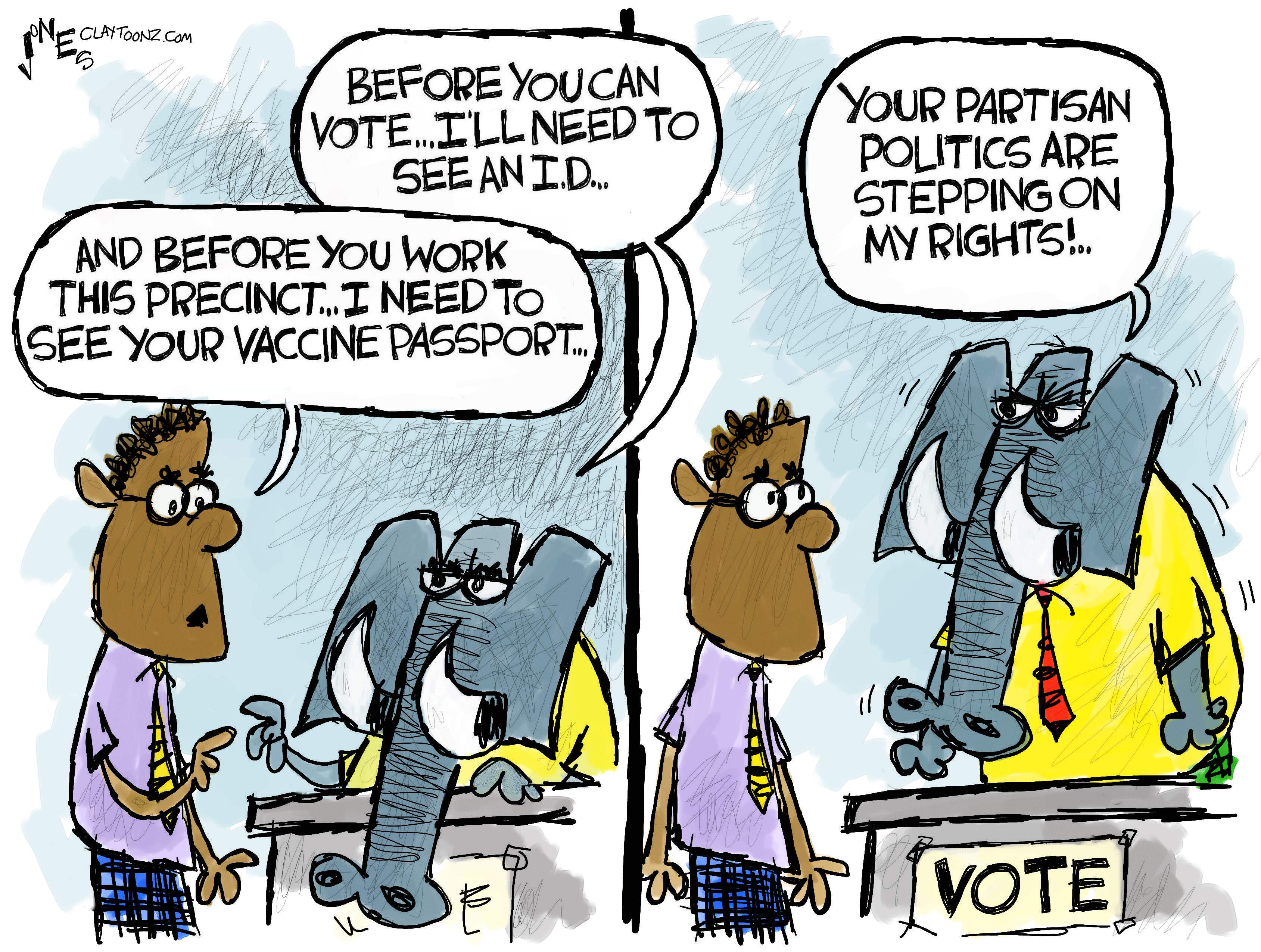 What are vaccine passports and why are they so controversial?

Let’s address the controversial part first. They’re controversial because Republicans whine about everything. White male conservatives are the most persecuted group in world history…if you listen to them. They made the coronavirus political. They denied it existed. They politicized wearing face masks. They tried to downplay the deaths and are still working to remove the virus as the cause for many of them. They were willing to sacrifice their grandparents and children to reopen the economy to help Donald Trump’s reelection. A lot of Republicans are claiming the vaccine is a way for the government to track you. And leave it to Republicans to make something racist out of the virus. Republicans think being denied the ability to discriminate against other people is discrimination against them.

Now, they’re upset over there being passports for the vaccine. Red hillbilly states like Florida and Texas, home to such evil sports teams as the Buccaneers and Cowboys, are trying to outlaw the passports. But what is the vaccine passport?

The vaccine passport is a digital chip the government inserts inside your brain so when you try to enter someplace, like a football stadium, a grocery store, or your local center for indoctrination and re-education, someone can scan your head to confirm it’s safe for others if you enter. Those who refuse to be vaccinated will be restrained to a chair with their eyelids opened by clamps and forced to watch A Clockwork Orange repeatedly while being fed soylent green through a tube.

Just kidding. There is a severe shortage of soylent green.

Seriously, it’s a digital code you can carry in your smartphone…that’s already tracking you. Right now, Mark Zuckerberg knows where you are…and he wants you to wash your hands before you stick them in what you’re planning to stick them into. He sees you and thinks what you’re doing is disgusting. Ew. You nasty.

It’s not really a passport. It’s a certificate. But these things are not anything new. Proof of vaccinations for various viruses have long been used to gain entry into schools, medical facilities, or other nations.

Let me ask our fucknut friends this question: If someone returns from an Ebola hot zone in Africa, should they show proof they were vaccinated before entering the United States? Conservatives will most likely say yes and that it’s a different circumstance than the coronavirus. I’ll let you work out why that would be different.

Here’s the important detail, kids: The “passport” is NOT a federal thing. Nope. It’s not. Sure, Fox News probably told you some bullshit, between airings of the supposed Hunter Biden sex tape with two women, that it’s being mandated by President Joe Biden and they’re going to send Susan Rice house to house checking for passports, and those who don’t have them will be placed on trains because if they’re allowed to continue running around all willy-nilly like, they’ll make it difficult to steal the next election from Donald Trump.

That’s the equivalency Republicans are using. It’s just like when Nazis branded Jews, then put them on trains, melted the gold in their teeth so Hitler could buy more paintings to hide in Switzerland, branded them with numbers, then murdered them in gas chambers and used their bodies for soap. Sure, showing a QR code on your iPhone to enter Costco to purchase 88 gallons of mayonnaise is exactly like that. It’s crazy, right? Who needs that much mayonnaise?

I had a conversation with a cartoonist friend fairly recently. We’ll call him Glenn. Glenn says he had the coronavirus a few months ago and he will not be taking the vaccine. He argued more people have died from the vaccine than from a second case of the virus. Glenn’s argument is based on ignorance. It ignores there are variants of the virus. It ignores we don’t have all the information on these variants yet. He ignores that the CDC advises you to get the vaccine even if you had the virus. He also believe face masks are stealing liberty. But the one thing that really stood out to me about Glenn’s argument was that it was all about Glenn.

Glenn only talked about how getting the vaccine would affect Glenn. He didn’t talk about how it would affect those around him, his family and friends, or society in general. Glenn is a Trump-supporting racist fucknut. He loves MAGA terrorists and false equivalencies. He loves using conspiracy theories to push baseless arguments. He believes he’s a patriot while demanding the nation reopen while not personally offering any sacrifices of his own to reopen the nation…like taking the vaccine. Glenn also supports voter IDs that are mandated…wait for it…by the government.

Seriously. Is this a false equivalency? No, it’s not. Voting is a constitutional right. You should not have to pay for an ID to vote. You should not have trouble getting an ID to vote. Republicans want the government to mandate that an ID must be presented to vote. Republicans also want it to be as difficult as fucking possible to get an ID to vote…if you’re black. But, they want a bakery to have the right to refuse to make a gay wedding cake with two baseball player figurines on the top, but not the right to require you have proof of a vaccination to enter.

Personally, I’m for a federal mandate where every conservative Trump-supporting fucknut is branded on the forehead just so we know what we’re dealing with when we encounter them. We can call it the “Aldo Raine Program.” While we’re at it, we should brand those who think they need 88 gallons of mayonnaise.