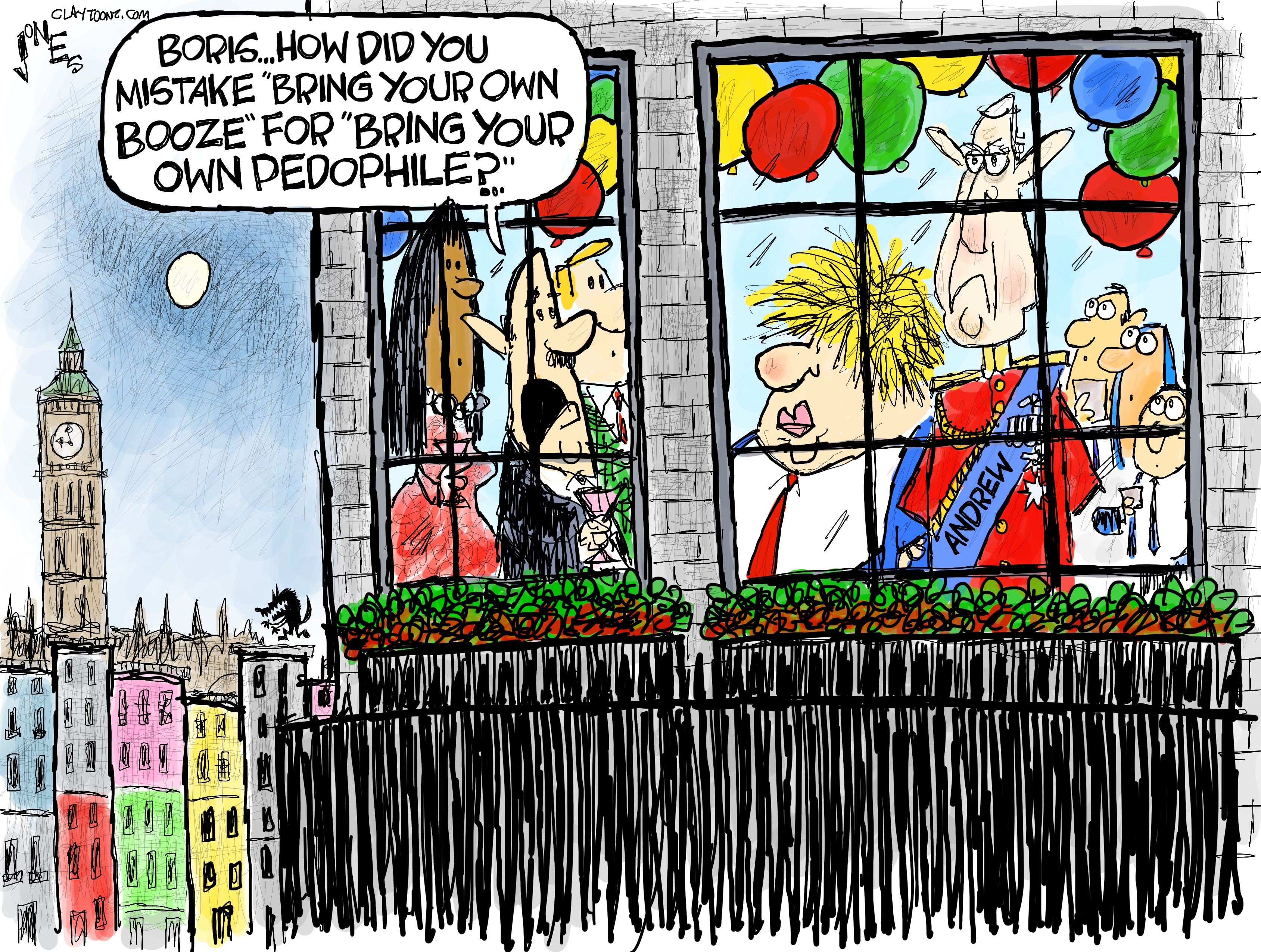 While the rest of the world makes fun of us for stupid shit like politicizing a virus and handing the White House over to a racist grifting “pussy-grabbing” clown game show host, we can take some comfort in that we’re not alone. Other first-world nations also have to deal with their occasional lunatics too.

Racism sells, not just in the United States but also in the UK. What do you think Brexit was? Here, our most recent winner was Virginia governor Glenn Youngkin whose entire campaign was a bunch of racist dog whistles.

And it’s like the UK didn’t learn from our mistake of putting a guy with ridiculous bleached hair into leadership. Anyone who chooses to look like that should be disqualified on that alone, even before you get to the racism. Boris Johnson also won his position with racist lies. Now, Boris is in danger of being tossed out as Prime Minister over going to a bring-your-own-booze party during the pandemic and the UK’s period of lockdowns. And if you think it’s bad that your own party may oust you, what about being kicked to the curb by your own mother?

Prince Andrew has been stripped of his scarlet tunics, white plumes,, military titles, and honorary patronages by his own mother, Queen Elizabeth II. It’s his own damn fault too.

Former presidents Bill Clinton and Donald Trump (sic) could have used the advice of not being friends with pedophiles, such as Jeffrey Epstein and Ghislaine Maxwell. There is no evidence Bill Clinton ever engaged in such sick behavior, but he was pals with Epstein. There’s no evidence Donald Trump ever assaulted a minor. There’s only footage of him dancing with Jeffrey Epstein at Mar-a-Lago, one rape accusation, another incident caught on tape of him saying he’ll be dating a ten-year-old as soon as she’s old enough, and all the instances of him publicly boasting about wanting to bang his daughter. Right after Tiffany was born, he publicly speculated on her future breast size. At least the English can claim they never voted for Prince Andrew. What’s our excuse?

Prince Andrew is in the midst of a civil suit in New York City after a judge said it can move forward. One of Epstein’s victims claims she was trafficked to Andrew three times.

Andrew says he never met his victim despite there being a photo (he claims is a fake) of him with his arm around her exposed midriff. The victim also claims he sweated all over her on a club dance floor which he says is impossible because he lost the ability to sweat from an incident in the Falkland Island War. I bet this trial has brought that ability back.

Expect Andrew to settle this lawsuit as he’s embarrassed his Queen mum and royal family enough. Any testimony from the failed prince will be a disaster. If he settles, he’ll most likely pay that out of his own pocket. But then again, how did a Prince obtain the money he has? The English taxpayers have funded his entire life…including his lifestyle of partying with pedophiles.

Prince Andrew is lucky this is a civil trial, but what comes after that? Can a prince be on a sex-offender registry?

And what will Boris do if he’s ousted? Will he claim it was fake and he’ll be reinstated soon? Maybe he’ll start doing boxing commentary.

Personally, I’d like to see Boris Johnson and Donald Trump go on a speaking tour together. But who’d get top billing? Would it be the “Boris and Donald Show” or the “Trump and Johnson Tour?” We could settle that problem with a title like “The Ridiculous Hair Club Tour.”

Music note: This cartoon put me in the mood to listen to some Warren Zevon while coloring.