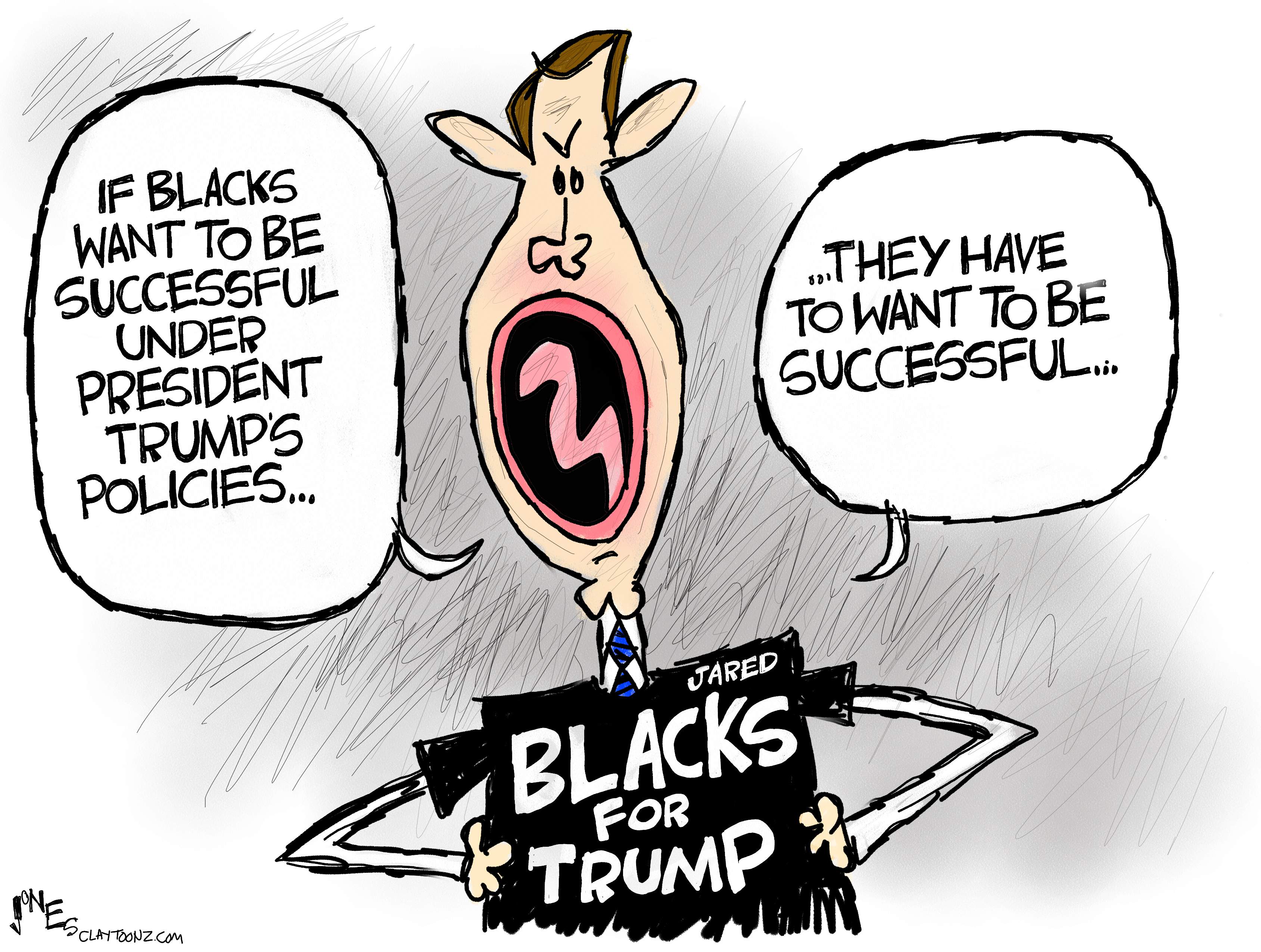 These people can not see themselves. First off, they can’t see they’re someplace they don’t belong.

Nepotism has run rampant throughout the lives of Javanka. It would most likely not be rich if it wasn’t born rich. It would not be in the White House or government service if its father and father-in-law was not president. To be fair, maybe Javanka could have qualified for a job at the DMV.

Javanka is tone deaf and obtuse. Ivanka sat down at the president’s (sic) seat at an international summit oblivious to how it would look…or she just didn’t care. Javanka made sure its faces were photographed creepily staring out of Buckingham Palace. Ivanka made sure to skip over the demilitarized zone into North Korea…despite there being prohibitions against it. Javanka is oblivious to the fact that overspending on real estate and selling handbags is not experience that qualifies you to become a presidential adviser.

It’s not just that they don’t belong in the White House…they literally don’t belong. It couldn’t obtain a security clearance without the president (sic) overriding the FBI’s rejection of Javanka. In fact, Jared had to submit his application for a security clearance multiple times because he’s a lying, spoiled shit who’s deep in debt to foreign nations and tried to establish back channels with Russians.

Now, Javanka has been able to use their positions to get foreign bailouts on its real-estate debt and to get trademarks in China.

Talking to Fox and Friends, Jared said, “One thing we’ve seen in a lot of the Black community, which is mostly Democrat, is that President Trump’s policies are the policies that can help people break out of the problems that they’re complaining about. But he can’t want them to be successful more than they want to be successful.”

That’s your problem, Black America. You haven’t wanted to be successful. If you tried harder, or at least as hard as Jared has, you could have been born rich too.

Jared said that after the “George Floyd situation,” a lot of people were more concerned with “virtue signaling” than in coming up with “solutions.”

Wow. What brilliance. What understanding. Why isn’t Jared president? Mr. Trust-Fund Baby with his home in a Trump building on Park Avenue sure does understand the Black community.

Take this example of Jared’s brilliance: “They’d go on Instagram and cry, or they would put a slogan on their jersey or write something on a basketball court. And quite frankly, that was doing more to polarize the country than it was to bring people forward. You solve problems with solutions.”

Yeah, the guy who advises the guy who gives shout-outs to racists and defenses of tiki-torch Nazis thinks basketball players and Black Lives Matter are “polarizing” the country.

Maybe an example of an acceptable solution is when a journalist writes negative things about you, you chop him up with a bone saw. That’s what his buddy, the Crown Prince of Saudi Arabia, did. Jared likes to communicate with him through WhatsApp, so nobody can ever know what they’re talking about. Good job, Jared.

White House Spokesgoon Kayleigh McEnany tried to defend Jared for his insensitive, obtuse, and quite frankly, racist comments and said, his remarks were taken out of context and accused unnamed “internet trolls” for trying to “distract from President (sic) Trump’s undeniable record of accomplishment for the Black community.”

That’s exactly who you want when you get into trouble with the Black community, porcelain spokesgoon Kayleigh McEnany defending you.

I told you they were obtuse. For the gang who claim they have multiple Black friends, you’d think they’d use one.