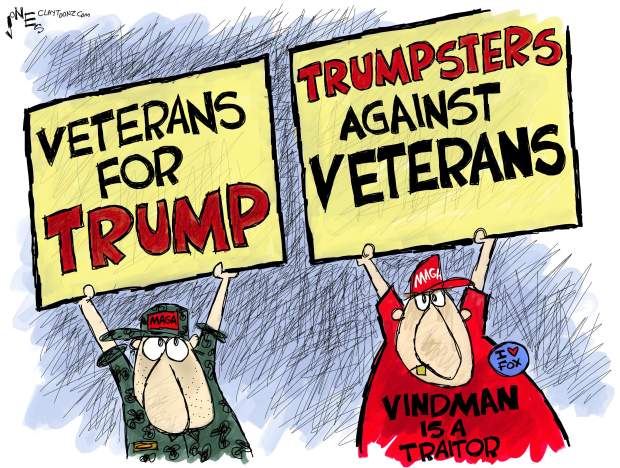 This is where you’re supposed to stand up for what’s right.

Lieutenant Colonel Alexander Vindman is a decorated Iraq war veteran. He’s an expert on Ukraine serving on the National Security Council in the White House. Now, he’s being smeared as a “Never Trumper” and even a traitor. His crime? Speaking out in a sense of duty. Vindman was on the call between Trump and Ukraine’s president and he was so troubled by what he heard, he registered internal objections…twice.

In Vindman’s opening statement which was released to the press, he says, “I did not think it was proper to demand that a foreign government investigate a U.S. citizen, and I was worried about the implications for the U.S. government’s support of Ukraine. I realized that if Ukraine pursued an investigation into the Bidens and Burisma it would likely be interpreted as a partisan play which would undoubtedly result in Ukraine losing the bipartisan support it has thus far maintained.”

Now, people who call themselves patriots are smearing a decorated war veteran to defend a draft dodger. I guess all those years of service to his country doesn’t mean anything if he says something negative about Trump. I guess screaming “lock her up” at a Trump rally is greater service than fighting for your country.

This is where you need to stand up. Don’t let them do this. I realize you can’t defend Trump on the charges, but you don’t have to slander a veteran. To attack a veteran for being alarmed over Trump’s behavior is putting cult worship before your country. At this point, what are you good for?

We’re America. We honor our veterans. We’re better than this. If you’re still supporting Trump, you’re not better.