Holy crap, we have a bunch of roughs this week. Let’s get to it.

I really wanted to draw this cartoon, but I had just done a Trump-toilet cartoon that went gangbusters (I mean, a lot of people liked it), so I felt this would have paled in comparison or had appeared to be riding on the previous cartoon’s Trump-toilet coattails. 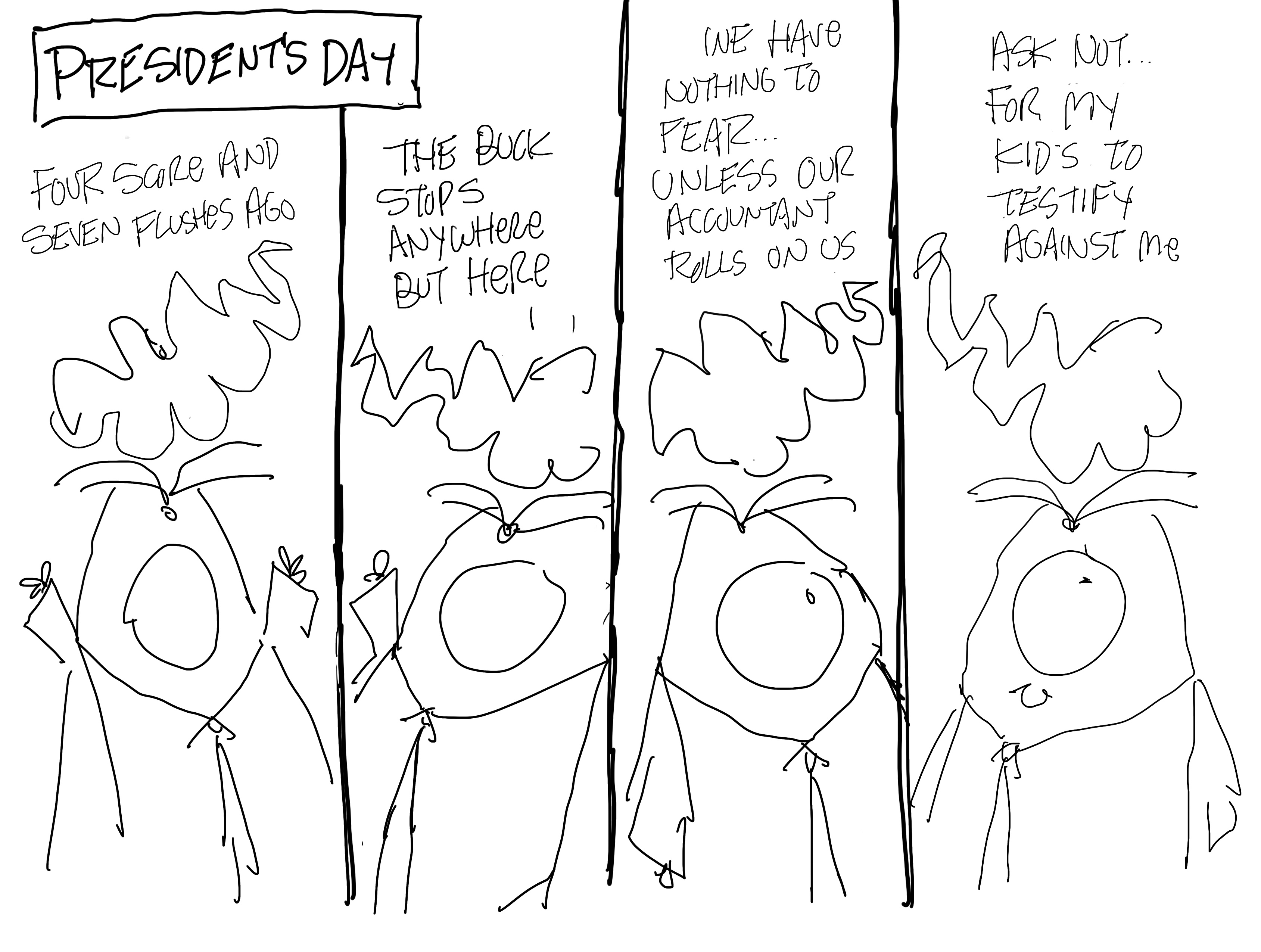 My editor at CNN had asked for cartoons on Presidents Day last week. This was a shot at that. I thought it was a pretty hard assignment and I was struggling with it a bit. I got this idea during a conversation with my padawan, Alexandra.

And then I got this idea. I got this AFTER sketching out all the other ideas in this batch. It can be very difficult to come up with a decent idea after writing several others. I tend to be very frustrated creatively at that point. So I was kinda surprised this one came to me when it did. I may not have realized how good it was until later. And it got monster shares on social media. I’m glad my editor picked it. 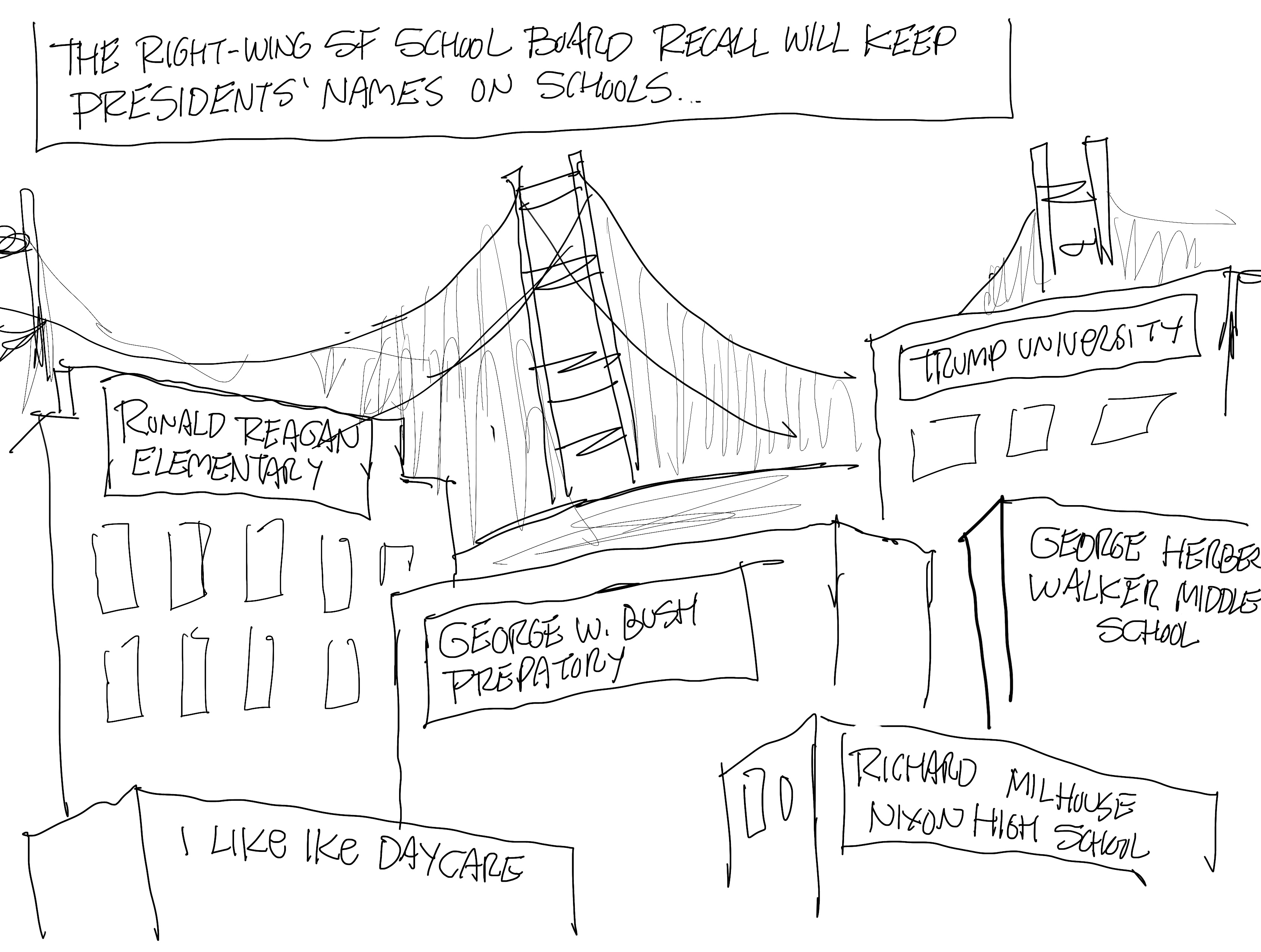 I liked the subject but I don’t like this idea. I don’t like it one bit. But, I actually think it’s still a good cartoon. 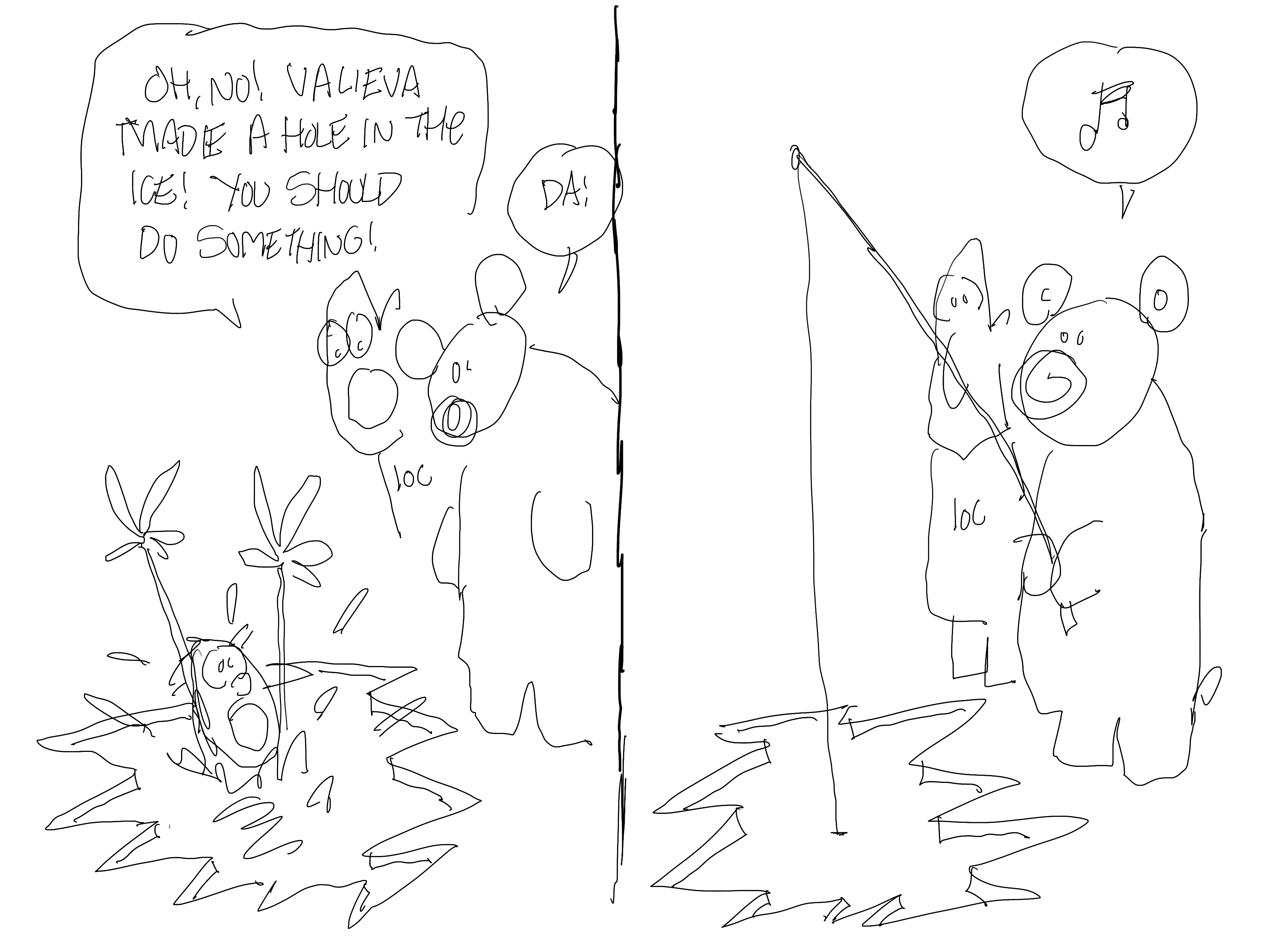 Out of all the drug stuff during the Olympics, I felt sympathetic to Kamila Valieva. She is a world-class athlete but at the same time, she’s still a kid. She’s a kid the Russian Olympic Committee used and appeared to have zero sympathies for. I think it’s impossible for her to be taking banned substances on her own. I hope she defects at some point in her life.

As I mentioned above, I was working on a Presidents Day cartoon. This one sucks. This is another example of me throwing an idea against the wall to see if it sticks.

This is the Trump-toilet cartoon that went gangbusters, kinda sorta. I published the completed version of this last Saturday morning. Then I went to a memorial service for a friend who recently passed. This cartoon was mentioned at that service and later that night as several of us met up for drinks. This got a lot of social media love.

Yeah, this was before the toilet idea.

This was also before the toilet idea. 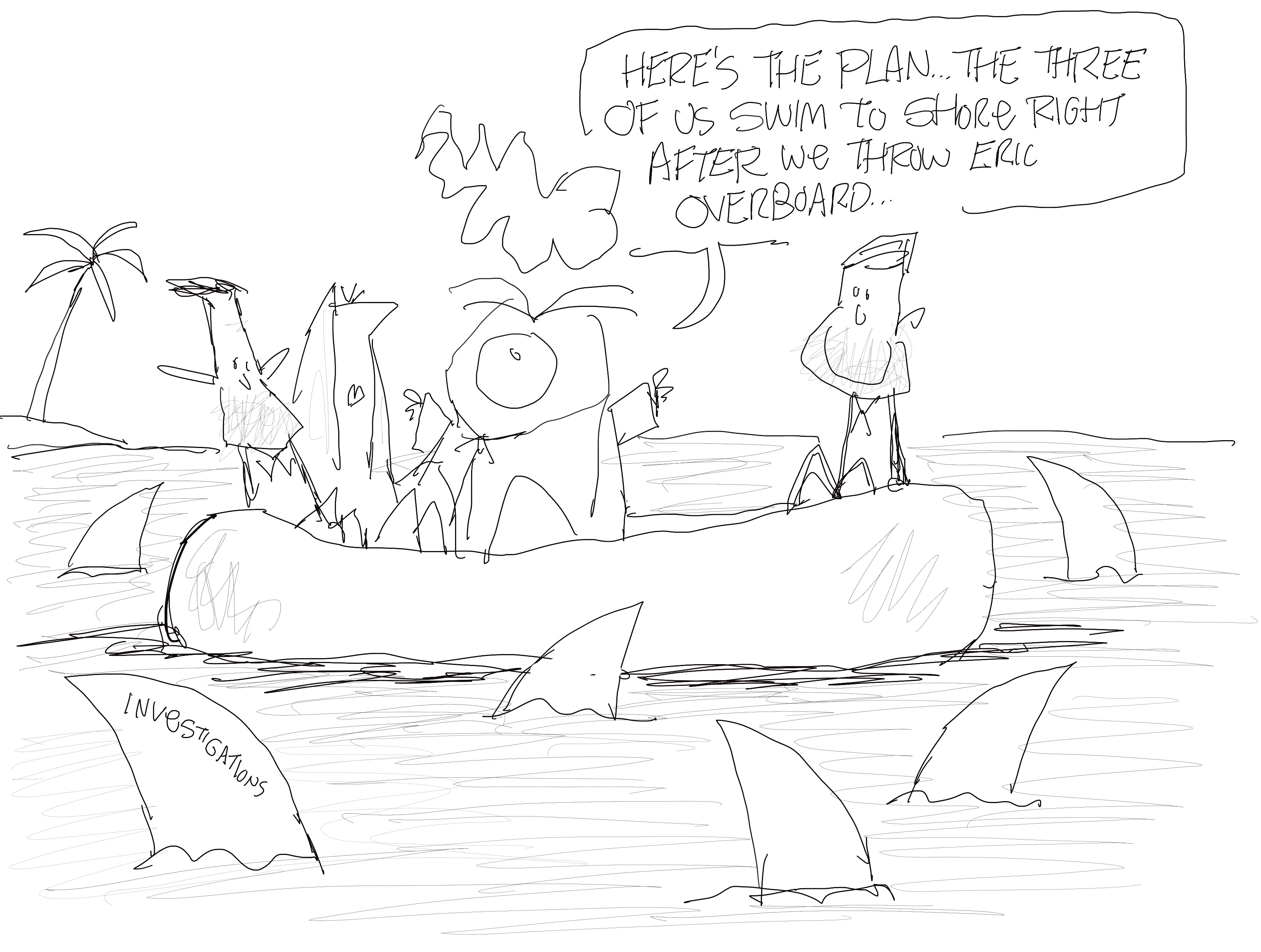 And this was before the toilet idea.

This one really sucks. I was trying to conflate the Russian Olympic teams cheating with Putin’s invasion. 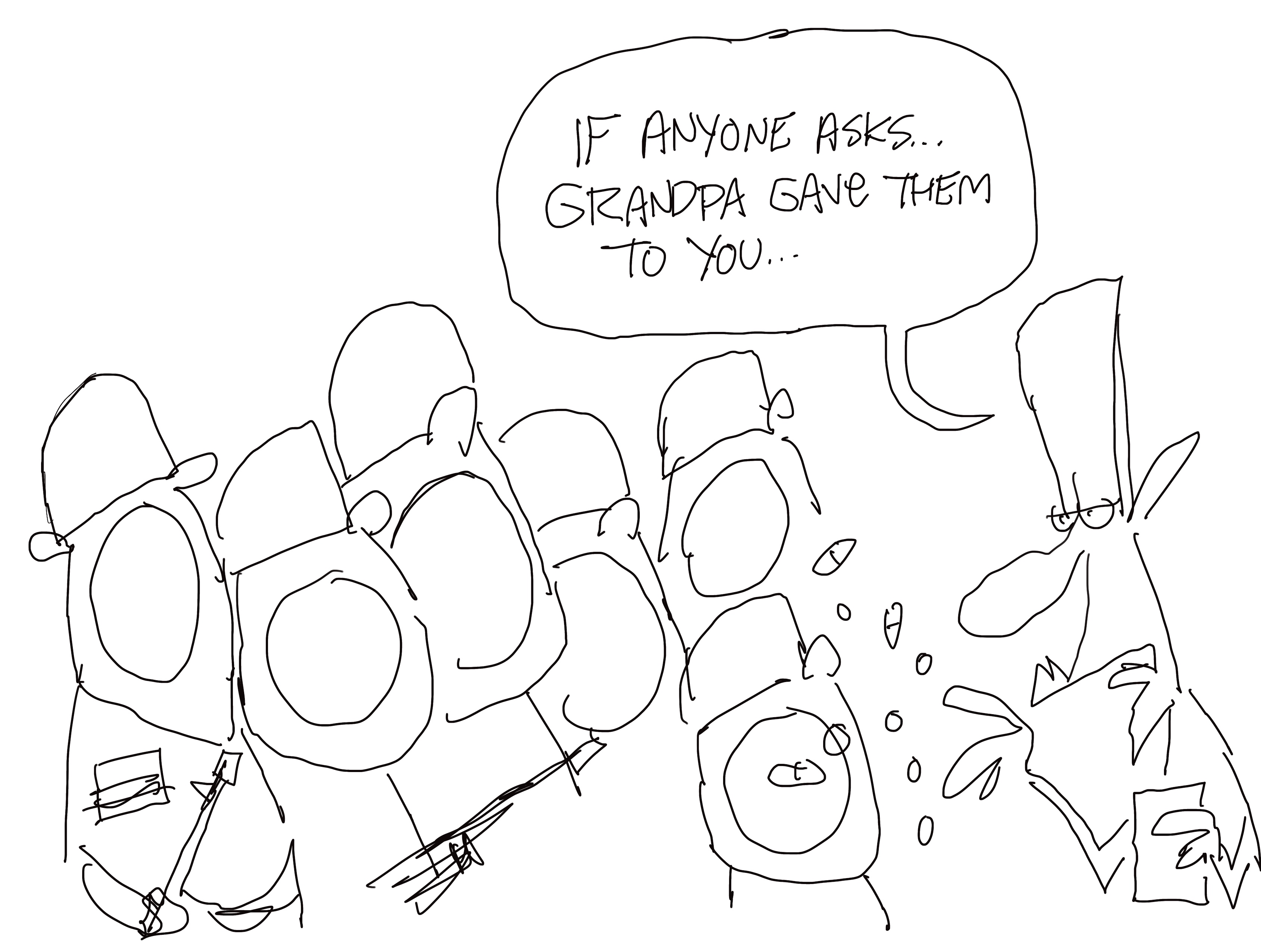 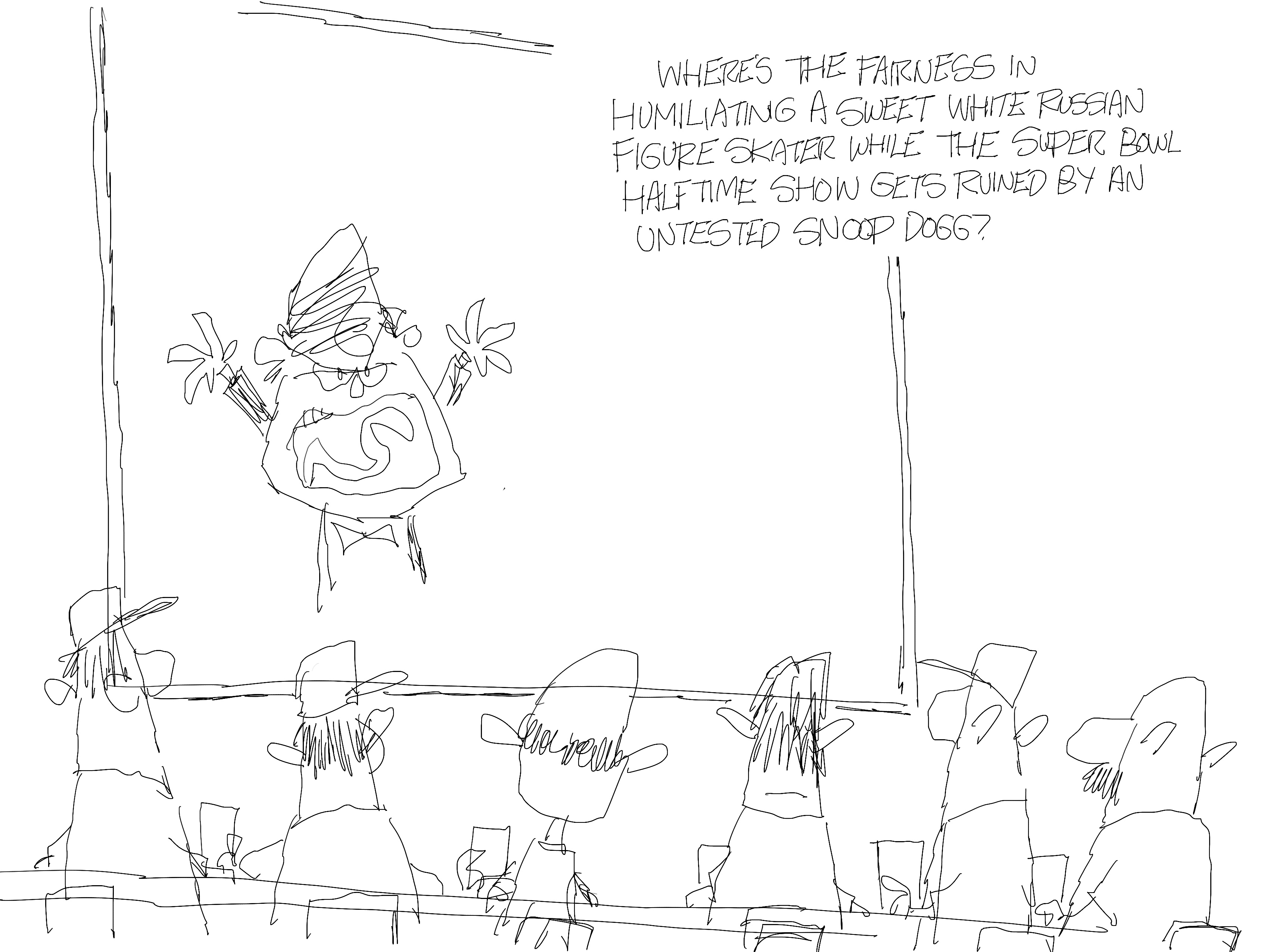 I kinda liked where this was going but I gave up on it. Republicans were upset after photos came out that appeared to show Snoop Dogg had fired up a doobie before the Superbowl Halftime Show.

As you can see, I nearly did this cartoon. Another idea pushed it aside and I had also just done one on the Russian Olympics (this was the week before last). One of my proofers really liked it. I was going to do it but it kept getting pushed back until the Olympics were over and decided it was too late.

So, do you have a favorite?