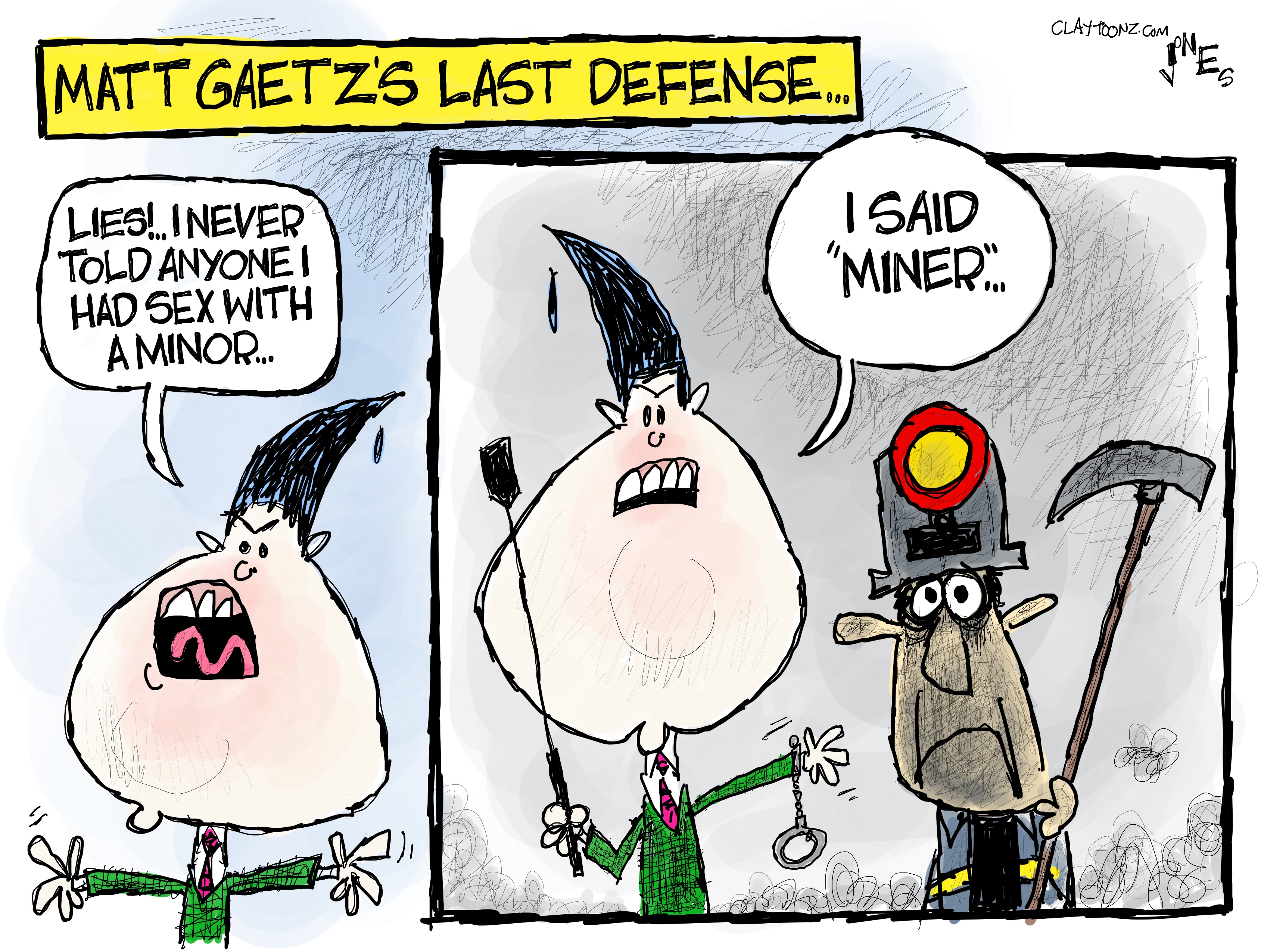 In 2017, Matt Gaetz was the only member of Congress to vote against a law boosting the government’s human trafficking investigatory powers, saying he was sent to Congress to reduce the reach of government. Matt Gaetz voted against the government coming after him for reaching for teenage girls. Matt Gaetz is all about protecting terrorists and pedophiles.

There’s a year-long federal investigation into whether Matt Gaetz paid to have sex with a minor he took across state lines. This would be sex trafficking.

Gaetz’s former party buddy, Joel Greenberg, is a convicted sex trafficker. Greenberg is now cooperating with federal investigators and now a grand jury has been convened looking into the allegations against Gaetz. Those testifying include Matt Gaetz’s ex-girlfriends. I’m as shocked as you. Matt Gaetz had girlfriends, plural?

Joseph Elliccot, another friend of Matt Gaetz, just pleaded guilty this week to drug and fraud charges. Like Donald Trump, Gaetz is friends with a lot of criminals.

Elliccot has reached a plea deal that reportedly involves turning on Gaetz. His lawyer says Elliccot saw Gaetz attend parties involving “a whole lot” of sex and drug use. Ellicott is also a potential witness to Gaetz being told he had sex with a 17-year-old.

Gaetz is a creepy guy. He’s been known to show nude photos to congressional colleagues on the House floor that he took of girls he had sex with.

In 2018, Greenberg made Venmo payments to three young women totaling $900, describing the money on the app as for “Tuition” or “School.” Coincidentally, Gaetz sent Greenberg $900 the night before on Venmo, writing in one transaction “hit up ___,” using a nickname for the 17-year old.

Greenberg also claims he witnessed Gaetz paying teenage girls for sex. There’s another report that Gaetz asked Donald Trump, while he was still actually president (sic), for a blanket pardon, even though he hasn’t been charged with a crime…yet.

House Minority Leader, and maybe its next Speaker, is standing by Gaetz. So are other House goons like Jim Jordan, Marjorie Taylor Greene, and Lauren Boebert. Gaetz has threatened that after the GOP takes back the house, his gang of goons will inflict revenge against every Democrat who’s gone after Trump and white nationalist terrorists. But that’s going to be really difficult for Gaetz to do if he’s busy defending himself in court on federal charges of sex trafficking…or from prison.