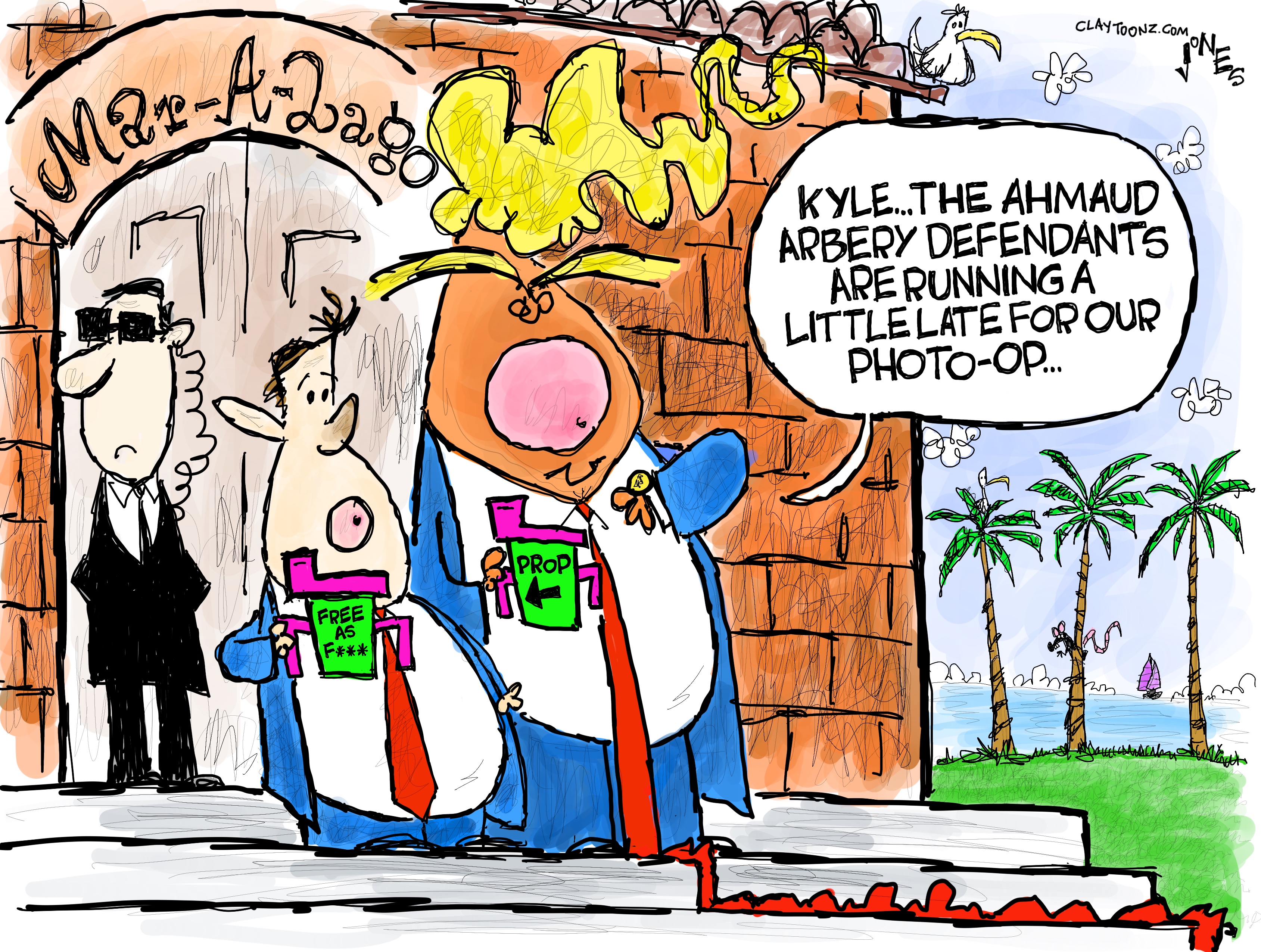 Right after Kyle Rittenhouse escaped from going to prison for the rest of his life after killing two people on the pretense of defending himself from a situation he created, he claimed he wanted anonymity. And then he called Tucker.

Kyle has been offered internships by the vilest in Congress, Paul Gosar, Matt Gaetz, and Marjorie Taylor Green. What an impressive resume that would make for Kyle. But Kyle has rejected them and said he doesn’t want anything to do with politics. And then he went on Tucker.

In fact, Kyle did Tucker’s show and another with NewsNation’s Ashleigh Banfield. During his trial, Tucker Carlson had a film crew embedded with Kyle’s legal team so he could make a documentary on Kyle for Fox News. Kyle told Banfield he wasn’t paid by Fox News for his participation in the documentary, but looking at Kyle’s history with the truth, this needs to be authenticated.

While Kyle was stalking the streets of Kenosha after curfew with an assault rifle, he was lying to people. He lied about his age and he lied about his medical credentials. Kyle lies about a lot of shit. Also, Tucker said he didn’t pay Kyle so yeah…we need definitely to check that shit out, because Tucker has an awful history with the truth as well.

Kyle says he wants to disappear, but people who want to disappear don’t go on Tucker’s show minutes after a not-guilty verdict for shooting three people and murdering two. Kyle couldn’t even wait to get home to go on Tucker. He did the interview from the car taking him home. Then, he went on Tucker again. I’m sure we’ll see him on Tucker in the future.

Kyle says he wants to grow a beard and disappear. With a beard, Kyle can finally be a real man, like he was playing to be by stalking the streets of Kenosha after curfew with an assault rifle pretending he was a soldier. I’m sure after he’s a real boy and is capable of growing a beard, he’ll go on Tucker to show it off. I’m sure a beard will do for Kyle just like a beard did for Ted Cruz.

Kyle believes President Joe Biden defamed his character during the presidential campaign by aligning him with white supremacists. Kyle told Tucker, “It’s actual malice, defaming my character, for him to say something like that.” But, Kyle…he didn’t say anything about you. Also, you can’t complain about people claiming you’re aligned with white nationalists when you’re in bars drinking with white nationalists and flashing the white-power symbol. Rittenhouse wants Biden to take responsibility while he refuses to take any. He blames his association with the Proud Boys on his former lawyers, forgetting the fact he can say no. Did Kyle’s former lawyers also trick him to drink underage in a Proud Boy bar?

Now, that’s a bunch of bullshit. This has nothing to do with race but with self-defense? So, you crossed state lines to defend yourself? Bullshit.

Donald Trump said that Kyle called him because he’s a big fan of Trump. Talk about lying. Kyle didn’t call Trump. Trump’s people called Kyle. Trump, like Tucker and the three shitty amigos in Congress, are only using Kyle for their politics. And, Kyle…you don’t need to go running to kiss Trump’s ass when he calls. You’re not Kevin McCarthy. Also, you can’t support Black Lives Matter while being a Trump fan.

Another thing, Kyle…you can’t claim you’re not racist when you continue to pose for photos with known racists. Hell, Donald Trump gave the Proud Boys a shout-out on the debate stage. You don’t want to be associated with racists but you and your mom posed with the guy white nationalists had an insurrection for.

When Biden aligned Kyle with racists, he didn’t mention Kyle. He was condemning Trump for his refusal to denounce racists like Proud Boys. A video was included in Biden’s tweet attacking Trump, and there was a brief clip of Kyle hunting down anti-racism protesters.

Kyle is upset that President Biden included a brief clip of him with his condemnation of Trump’s support of racism…then Kyle poses in a photo with Trump. You can’t make this shit up.

Kyle, if you want people to stop believing you’re a racist, then stop hanging out with racists like Proud Boys, Donald Trump, and Tucker Carlson.

Donald Trump, Tucker Carlson, the three racist congressional goons, Proud Boys, right-wing fanatical political cartoonists like Ben Garrison, Steve Kelley, and Gary McCoy (just a few examples, with none of them drawing about the Ahmaud Arbery case yet), don’t care about Kyle Rittenhouse. He’s just their prop to “own the libs.” He’s a part of their tribe.

The fact these racist tribalist fucknuts care so much about Kyle, for now, is proof this was never about self-defense.

You know, it was self-defense because one of the guys Kyle shot pulled his gun out…on Kyle who already a gun out.