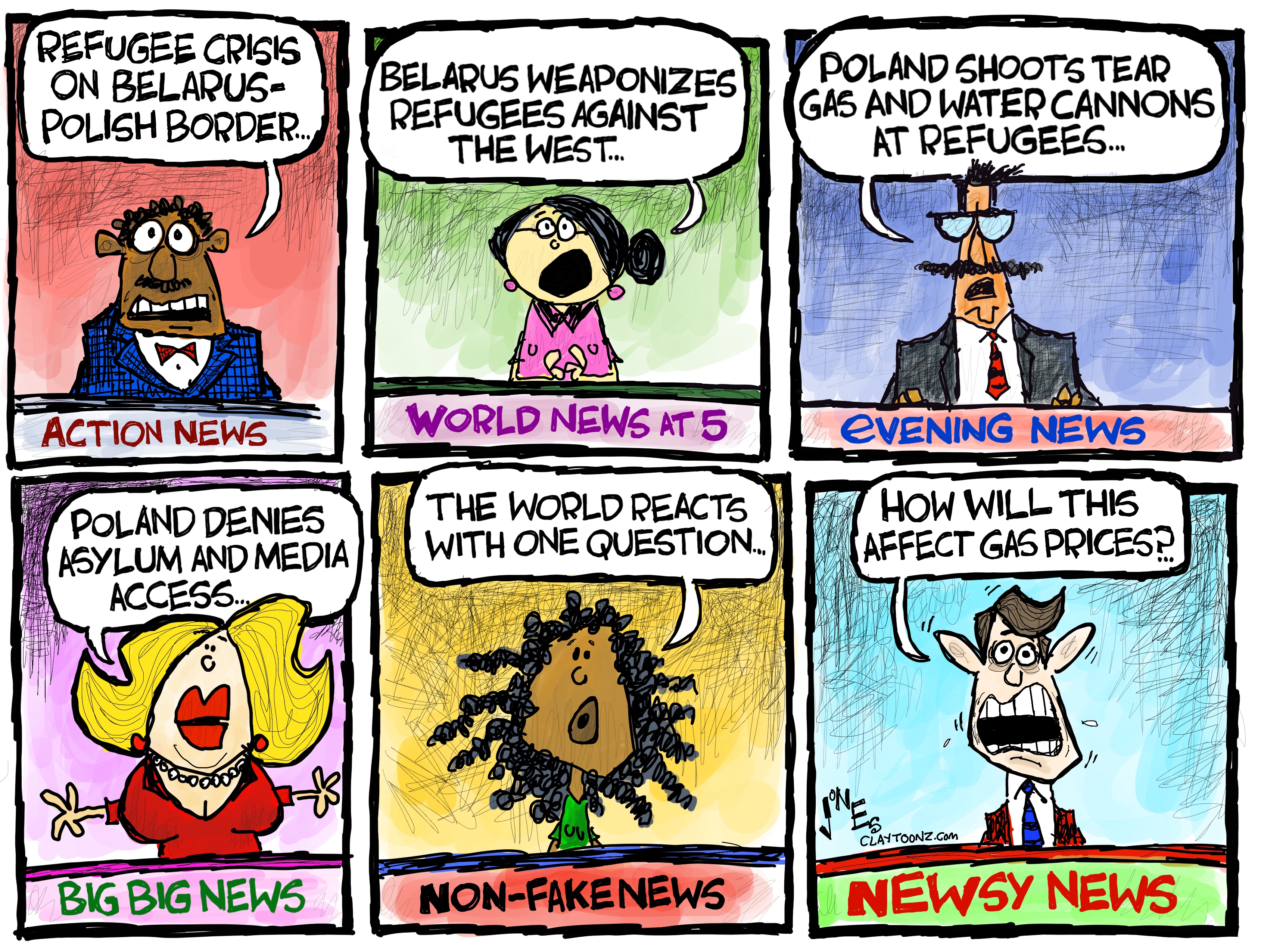 If the first thing you were concerned over upon hearing about the migration crisis on the border between Belarus and Poland, then your priorities are messed up. Oil before humanity, right?

This crisis began over the summer when Belarusian dictator Alexander Lukashenko threatened to bring in human traffickers, drug smugglers, and armed migrants into his nation to cross into European Union nations. Democratic nations in the west have been at odds with Lukashenko over his fraudulent election (the kind Trump hopes for), the crackdown against protesters, the forced-landing of Ryanair 4978 to capture a Lukashenko critic, and the attempted forced repatriation of Belarusian Olympic sprinter Krystsina Tsimanouskaya.

Lukashenko started advertising in Asia and Africa that people who needed to flee their home nations were welcome to pass through Belarus (nobody wants to immigrate to Belarus. Ask Krystsina) and into western Europe. Airlines in the Middle East increased their flights to Belarus, offered discounts and Belarusian visas. Several social media pages started providing false information on how to cross over the border from Belarus and into Poland.

After the immigrants arrived in Belarus, they were provided with axes and wire cutters to cross the border. When they arrived at the border, they discovered Poland didn’t want them and turned them around and back in to Belarus, although about 800 were able to pass through by evading authorities. For those who were not able to pass through, Belarus prevented Poland from providing the refugees with tents and blankets. As an incentive for the migrants to try again to enter Poland, Belarusian soldiers started beating them.

This is kinda like the Mariel Boatlift in 1980 when Fidel Castro “humanely” allowed Cubans to leave and paddle the 90 or miles to the United States. Among the 125,000 Cubans, and 25,000 Haitians who pretended to be Cubans (Reagan would only take Cubans, not Haitians), were some of the worst criminals Cuba had to offer. Most of the people Castro considered criminals were guilty of stuff like selling radios on the black market (here in the U.S, it’s more of an assault to force somebody to listen to pop radio). But the media in southern Florida identified at least 2,700 as “hardened” criminals. We’re talking Scarface here. This is what Lukashenko is hoping to do to the EU…give them Scarface. Lukashenko is a cockaroach.

The nations that border Belarus, Poland, Lithuania, and Latvia, have accused Lukashenko of using the migrants as weapons to attack the European Union. Most of these immigrants are trying to get to Germany, where people are civil. In Poland and Belarus, the people are more like Trumpers. In fact, the three border nations have decided to build a wall on the border with Belarus with the European Union’s support.

Belarus and Lukashenko suck, but Poland sucks too. Poland has refused asylum to immigrants who have entered its nation. They’ve also refused access to the media, doctors, and non-government organizations like the Red Cross. Yesterday, Polish border guards shot tear gas and water cannons at the migrants. Apparently, Poland has made Stephen Miller their new border czar.

Lukashenko is a monster and the true victims here are the refugees he created in order to use them as weapons. Here in the United States, we may not pay much attention to it since it’s not in the United States. And if gas prices do increase because of this, as Lukashenko may shut off pipelines from Russia to the European Union, we’ll probably blame President Biden.

The real victims in this aren’t the people paying higher gas prices, but the refugees being weaponized. And if your first concern was your gas tank, you need to check your heart and your head, because you’re a cockaroach.

Watch me draw: I am currently on one-week probation from posting new videos on YouTube because somebody got upset with me for criticizing Marjorie Taylor Green, Qanon, white nationalists, and Nazis ten months ago.