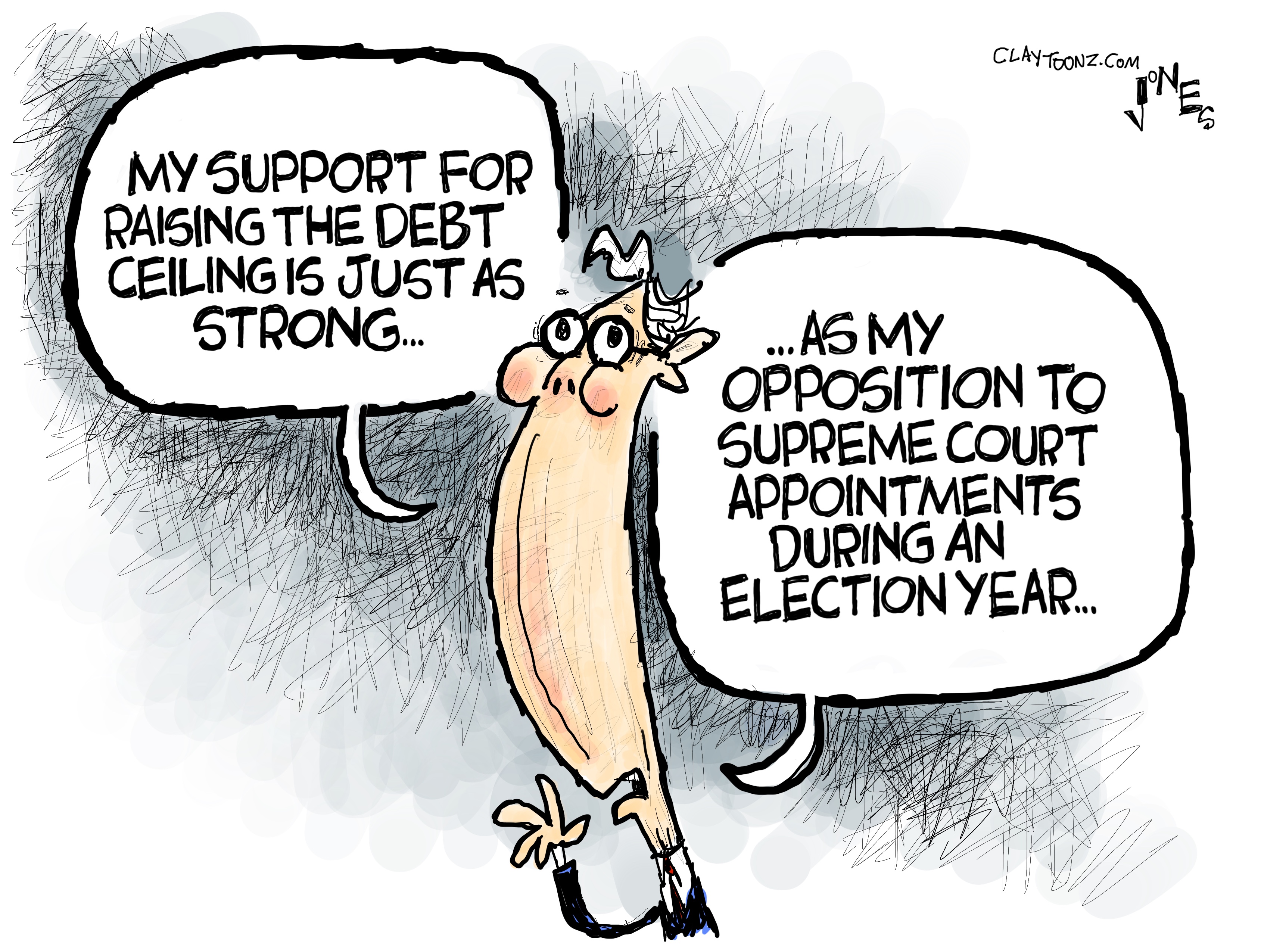 If Senate Minority Leader Mitch McConnell can’t control the government, he’ll do everything within his power to destroy it. When this person threatens to shut down the government and force it to default on its debts, create a brand new recession, wipe out nearly 6 million jobs, and lift the nation’s unemployment rate to nearly nine percent, he is being a terrorist. Additionally, blocking the bill that will raise the debt ceiling will also prevent billions in hurricane relief from reaching red states. Republicans will shoot their own foot to keep from carrying an agenda that will benefit the nation if they perceive that agenda to be helping a Democratic president.

McConnell’s position is that Republicans are not willing to vote for any measure that raises or suspends the debt ceiling, even if they have no intentions of shutting down the government in the process. But not raising or suspending the debt ceiling is an intention to shut the government down. It’s like shooting your tires without the intention of letting all the air out. This is Republican logic.

McConnell stated, “If they want to tax, borrow, and spend historic sums of money without our input, they’ll have to raise the debt limit without our help. This is the reality. I’ve been saying this very clearly since July.” That is total and complete bullshit and Mitch knows it because he’s been around a while and a lot longer than a one-term president. Moscow Mitch McConnell is a hypocritical terrorist tortoise indebted to Vladimir Putin, and I’ve been saying that since a lot longer than last July.

This debt they’re trying to raise the ceiling on has already been voted on by…wait for it…Republicans. Part of this is the spending on the coronavirus package. Donald Trump pushed this. He plastered his name on those checks. Mitch McConnell voted for this. But now, they’re not going to vote to raise the ceiling on debt they created. And the lie they tell that it’s for new debt, is the same lie they tell every time they play these games with the debt ceiling.

There should be a new rule in Congress that if you vote to create new debt, then you have to vote to pay it off. I mean, that would be a better law than this debt ceiling shit, which should have been discarded over a hundred years ago when it was designed to create debt for World War One. We wanted to shoot Germans and pay for it later.

The debt ceiling is an increase in the legal limit on how much the federal government can borrow to pay for what it has already bought. Maybe Josh Hawley, Marjorie Taylor Green, and Matt Gaetz don’t know that. That stupid football coach who’s now a senator from Alabama, who thinks we fought socialism and communism in World War Two and the three branches of government are the House, the Senate, and Mar-a-Lago, definitely doesn’t know it. But Mitch McConnell knows how the debt ceiling works. He knows how everything works in Congress…and he knows how to break it.

According to the Bipartisan Policy Center, if the deadline isn’t met, the government will only have $401 billion to pay on $666 billion in debt. Yes, I see the irony in Mitch McConnell refusing to pay on 666 that he created. That number should be tattooed on his ass. My sympathy to the tattoo artist.

Here’s the deal, kids: Mitch McConnell and Republicans are planning to destroy the economy and the bet they’re making is that you will blame President Biden. And sometimes it works. It’s working with the border crisis and it worked with the withdrawal of Afghanistan. I’m surprised they haven’t blamed President Biden for ignoring the pandemic and telling people to snort bleach and horse de-wormer.

Mitch is making it impossible for the government to pay on popular stuff like Social Security, Medicare, Medicaid, defense, military active duty pay, etc, and hoping you blame President Biden. Republicans are literally going to blame the Democrats for not raising the ceiling after Republicans vote against raising the ceiling. They’re going to blame the Democrats for failing to obstruct their obstruction.

Now, after adding $7 trillion with a big fat “T” under big fat Trump, the Republicans are refusing to pay for it and placing the burden on Democrats to keep the government from shutting down. McConnell is actually telling Democrats to raise the debt ceiling, while refusing to help. He said, “My advice to this Democratic government, the president, the House and Senate: Don’t play Russian roulette with our economy. Step up and raise the debt ceiling and cover all that you’ve been engaged in all year long.” He’s the one holding the gun. He and Republicans have been just as “engaged” as Democrats over the past year. He doesn’t want to be “engaged” with running the government? Fine. Then Mitch McConnell and every Republican refusing to vote to keep government running should resign…and let people hold those offices who won’t destroy the nation.

Mitch McConnell voted 32 times in the past to raise the debt ceiling. He voted to raise it three times under Trump. This is like his position against filling Supreme Court vacancies during an election unless it’s filled by a Republican. Now, he’s floating the idea that if the GOP regains the Senate next year, that they won’t ever allow President Biden to fill a Supreme Court seat, like he did in President Obama’s last year. Pretty soon, the rule’s going to be that only Republicans can fill SCOTUS seats…fuck what the Constitution says.

Republicans are not the party of fiscal responsibility. They’re not constitutionalists. What are they? They’re terrorists.