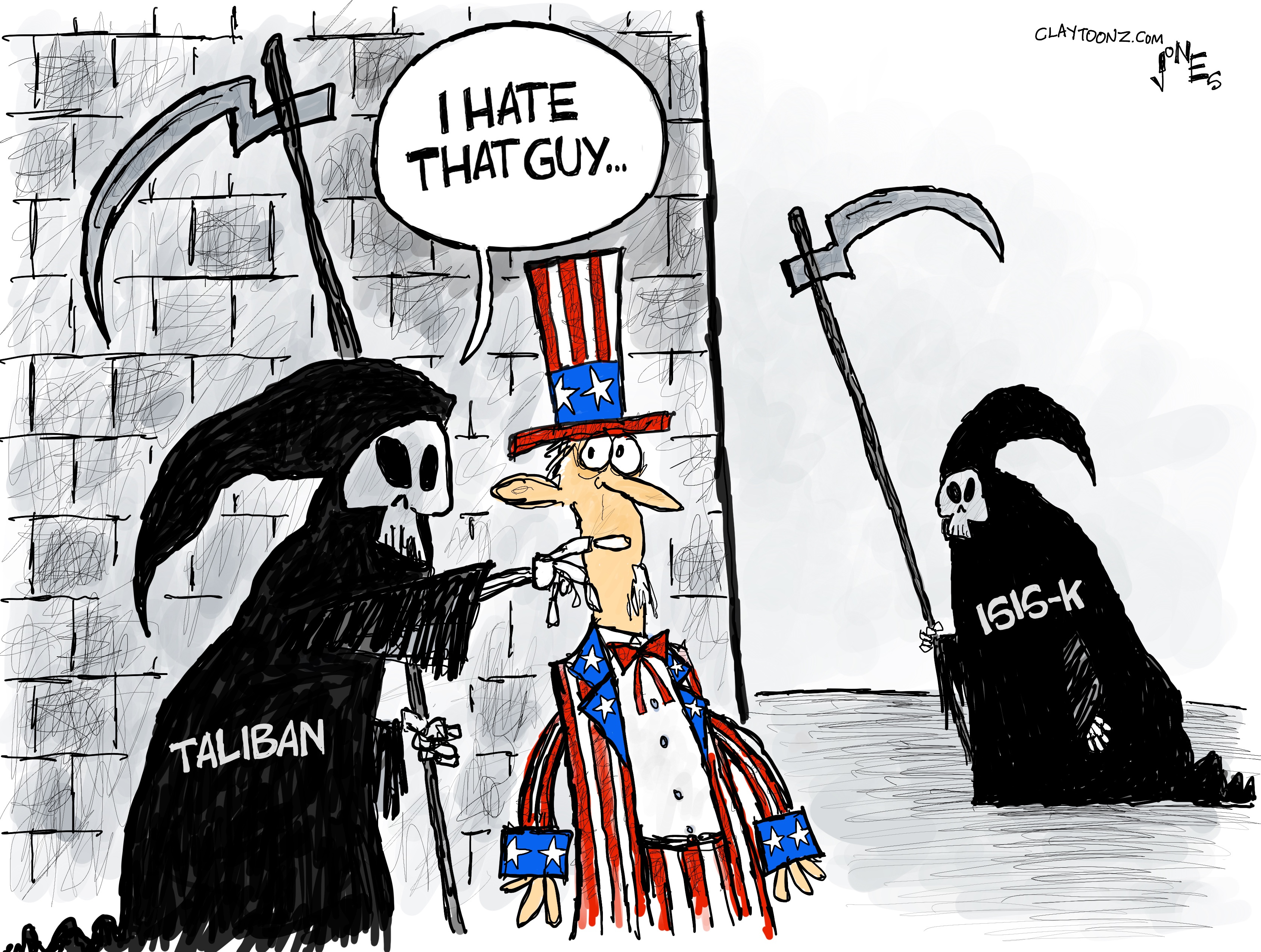 How bad is ISIS-K? The Taliban hates them.

We spent the past two decades fighting the Taliban. The Taliban created a safe haven for al Qaida to train and conduct their terrorism. Al Qaida attacked the United States at least three times from the comfort and safety of the Taliban’s Afghanistan. So when you hear the Taliban are upset over a terrorist attack by ISIS-K, it’s not that the Taliban hates terrorism…they just hate that brand of terrorism.

And then yesterday, a terrorist attack hit the airport. At this time (around 9:00 AM EST, 08/27/2021), at least 110 people are dead, including 13 Americans. ISIS-K has claimed responsibility. There was a warning the day before that ISIS-K might attack the airport. So yeah, I believe it was ISIS-K. How horrible do you have to be for the Taliban to think you’re an extremist? And there isn’t a guarantee the Taliban won’t create another safe haven for al Qaida.

The other thing I despise is the immediate pile-on by Republicans to attack Biden, and I’ve already seen cartoons doing that. Liberals and Democrats didn’t do that to George W. Bush on 9/11. Can Republicans give it a day before they politicize 110 deaths? Did Democrats attack Ronald Reagan the day terrorists killed 241 Americans in Beirut, or did they give that a day? When a Republican is president during a terrorist attack, we’re supposed to rally around the flag. When a Democrat is president during a terrorist attack, then we need to start impeachment hearings. The exception to this is Donald Trump because when terrorists committed attacks during his presidency (sic), they were his terrorists.

President Biden said to the terrorists responsible for this attack, “We will hunt you down.” He’s continuing the evacuations despite more threats. He said this is the worst day of his presidency. That is leadership. We will continue to evacuate Americans and refugees, and looking at our track record at finding and killing terrorists, we will hunt them down.

The worst thing that could come from this terrorist attack is that it makes us stay in Afghanistan longer. Quite frankly, that’s what terrorists want. It’s a lot easier to kill Americans over there than over here. We still have to leave Afghanistan…now.

Notes on my book, Tales From The Trumpster Fire: here are SIX copies of my book in stock, which go for $45.00 each, signed. Also, I have copies of my first book from 1997, Knee-Deep in Mississippi available for $20.00.