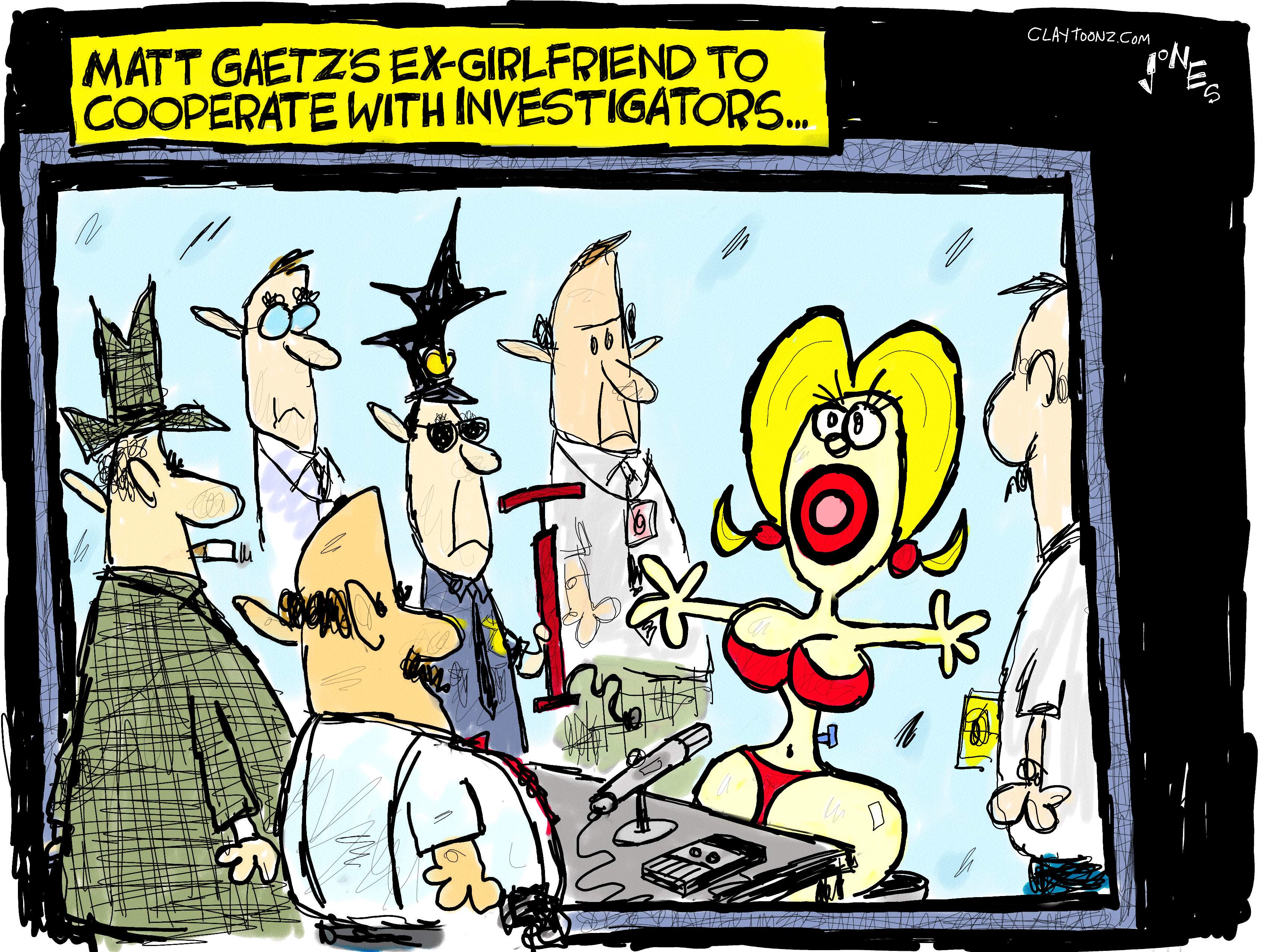 I don’t really have anything to write for today’s cartoon. We already know Matt Gaetz is a silly, ridiculous, stupid, and vile excuse for a human being. To prove my point, he’s doing rallies with Marjorie Taylor Greene. I fully expect Matt Gaetz to be wearing an orange jumpsuit in the near future. His ex friend is selling him out and now his ex-girlfriend is snitching on him.

But hey, he wanted a girlfriend with a big mouth. This case is about to blow up. The charges are going to inflate. This is where the rubber meets the road. Gaetz will claim she’s full of hot air. I can do this all day.

I was actually working on another cartoon this morning, and had already started later than usual. I like to be weirder than usual on Saturdays. I don’t know why. But right after I did all the lettering for the cartoon I started with, and while rebooting because of a stupid Surface stylus issue, this idea hit me. It couldn’t wait. It made me laugh too much.