Here are a few roughs from last week.

This is the rough that became the cartoon for CNN last Sunday. I was very happy with it. 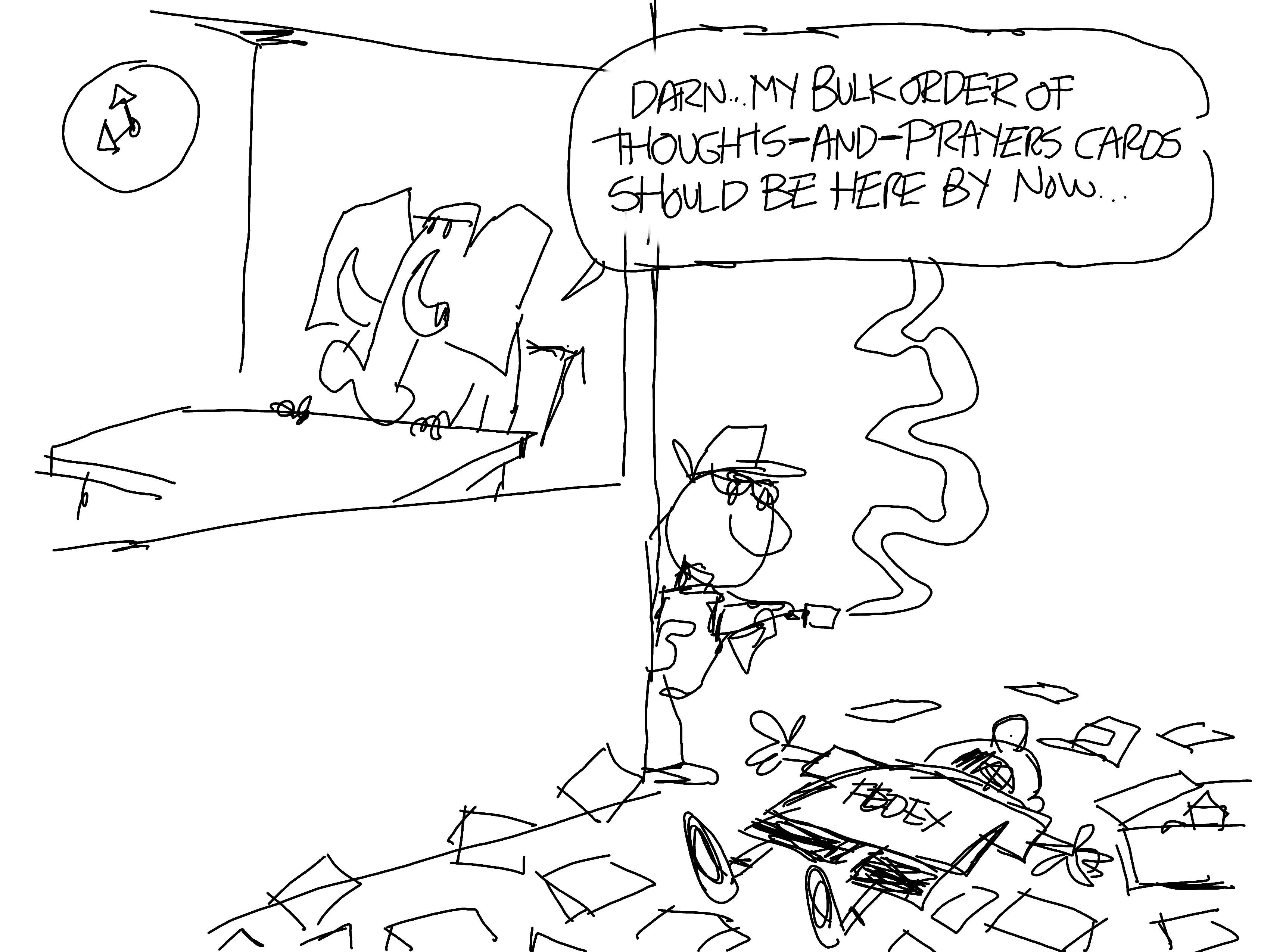 I drew this cartoon and published it last Saturday. I’m still getting yelled at for it over on Twitter.

The idea here is, the pregnant woman is watching her husband leave for Afghanistan in 2001, and in 2021, she and her husband are watching their child come home from Afghanistan. I just wasn’t sure I could convey the father/son thing in a cartoon. I think it was a really good concept though.

I still haven’t heard anyone in the press ask how the kid got the gun. This is what we’ve come to in this country and why we’re an embarrassment. It doesn’t even occur to us to ask how a 13-year-old got a gun. It’s the United States. Of course he was able to get a gun.

I wasn’t sure about this one but I liked it.

Now that I’ve posted these roughs, I gotta get ready to draw a bunch more for CNN tomorrow. You’ll probably see all of them next week. I’m tired.

What was your favorite?