I almost forgot I need to post these roughs before they build up on me. I’ve drawn several more today but you’re not going to see them until at least next week. These are from the past two weeks. 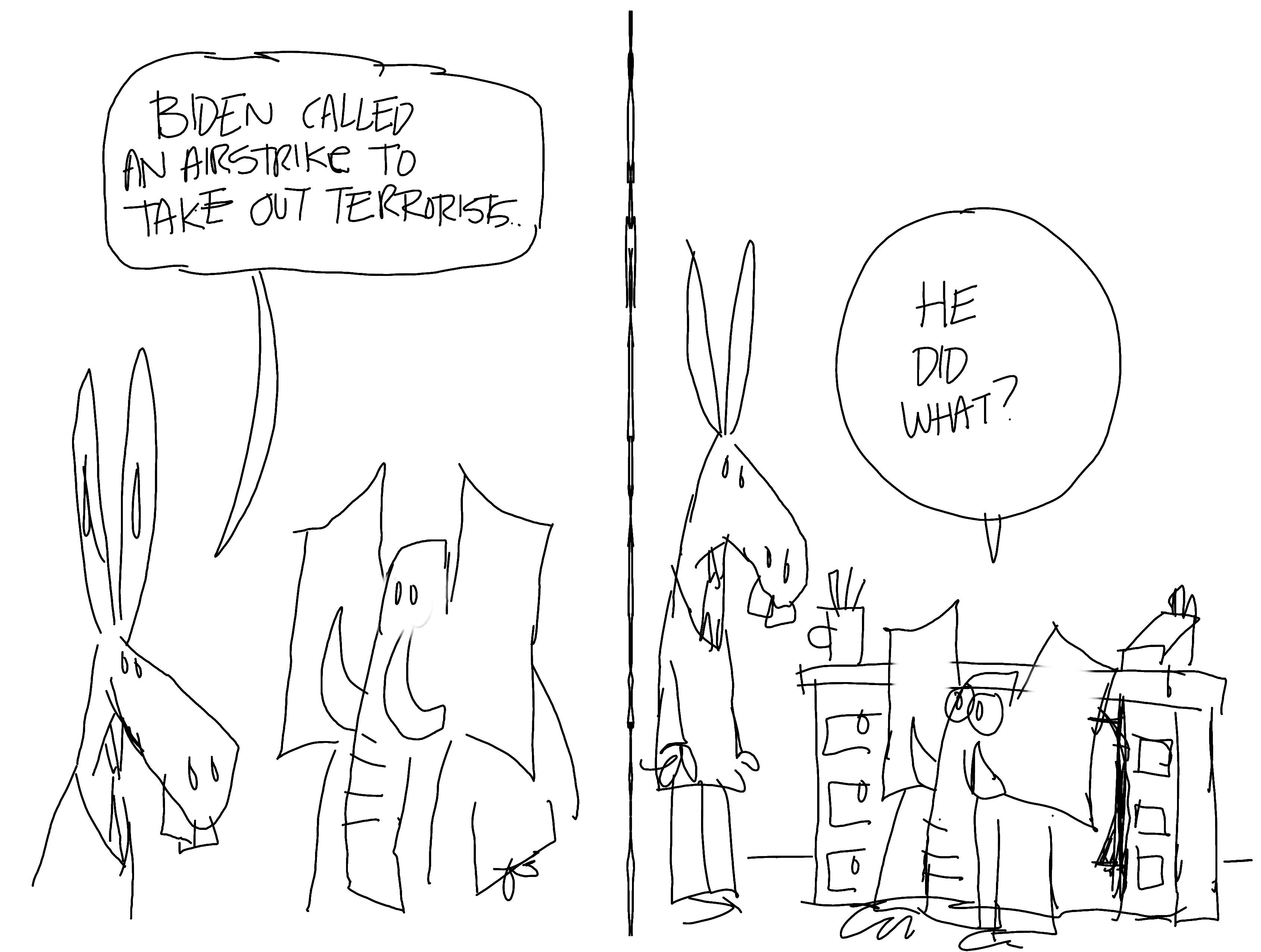 I thought this was funny. 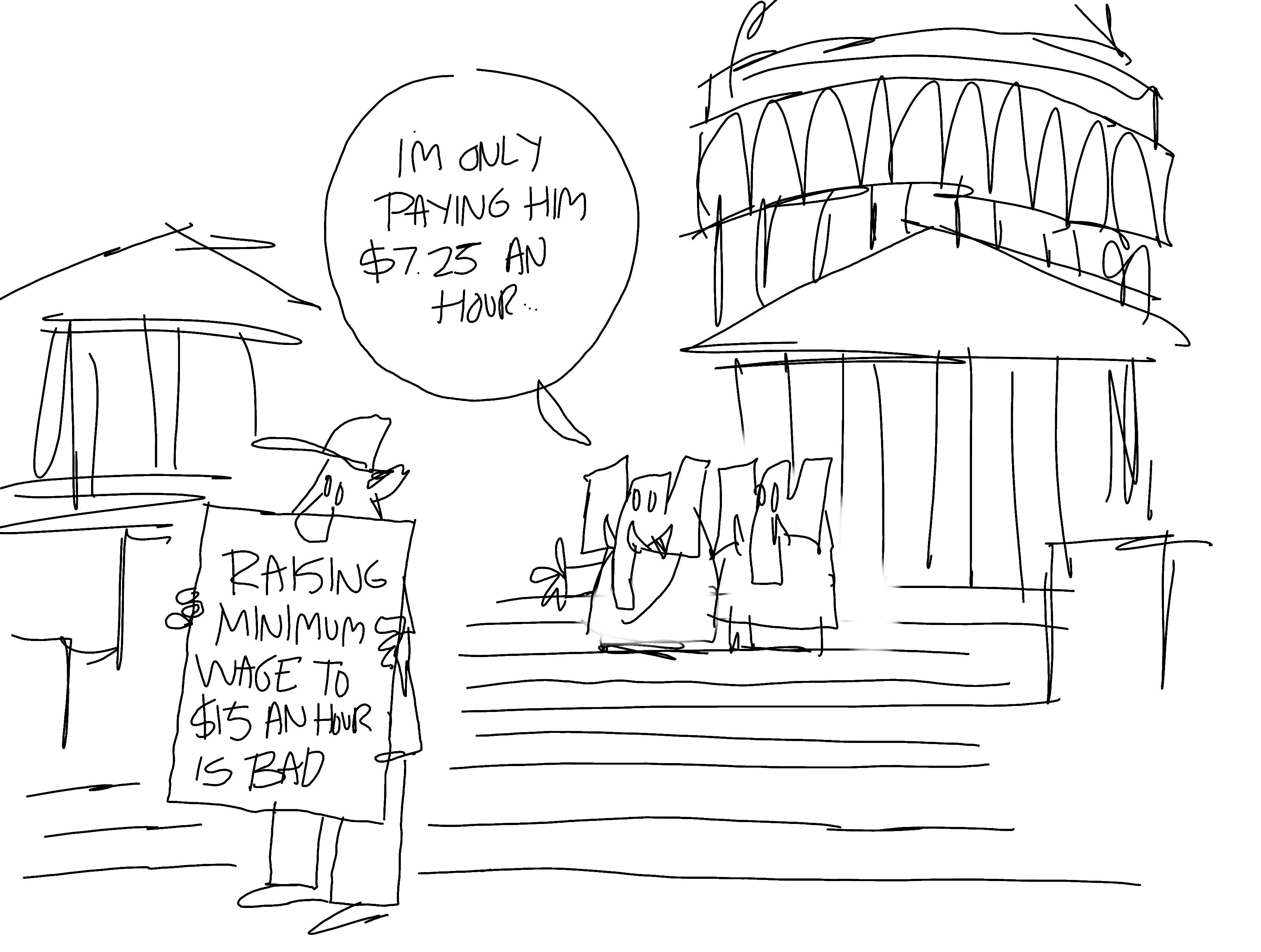 My editor at CNN liked where I was going with this one but was open for more ideas. So I shot her an “upgrade” to it and told her, “I think you’ll like it.” 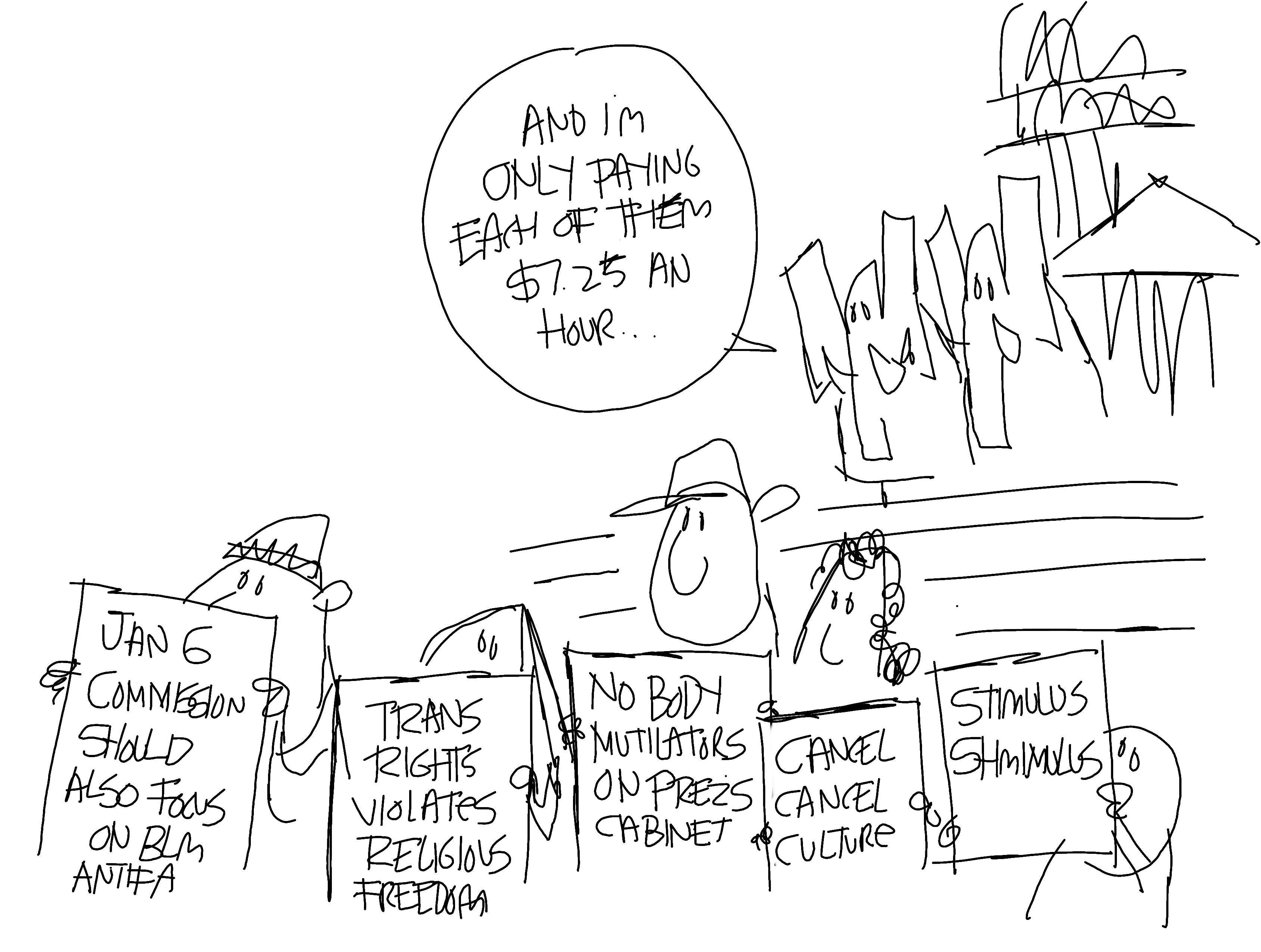 This was the “upgrade” and she did like it. I made a few changes to make it more absurd, but this is what we went with. 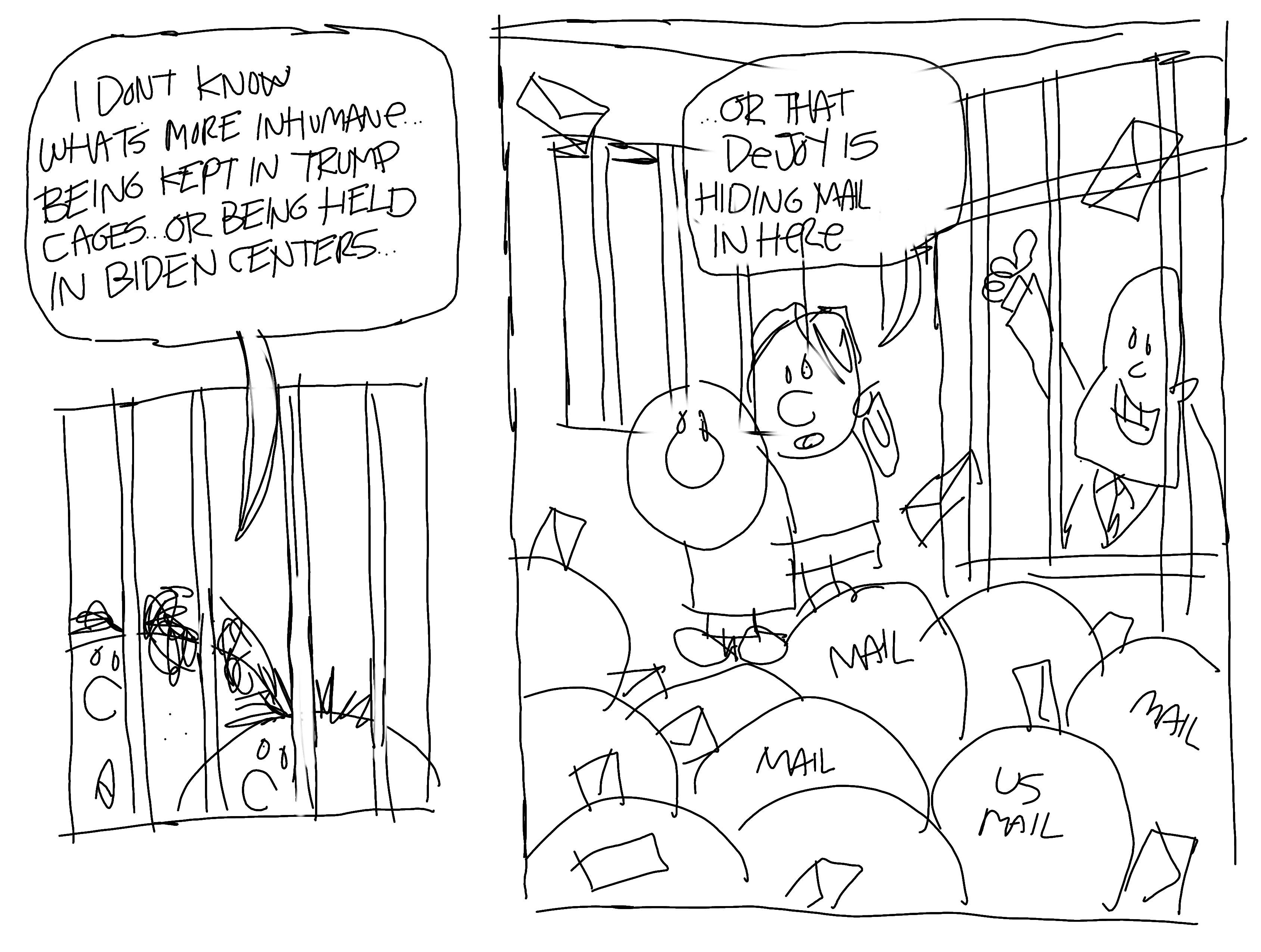 I did this one last Saturday. Liberals are still screaming at me. 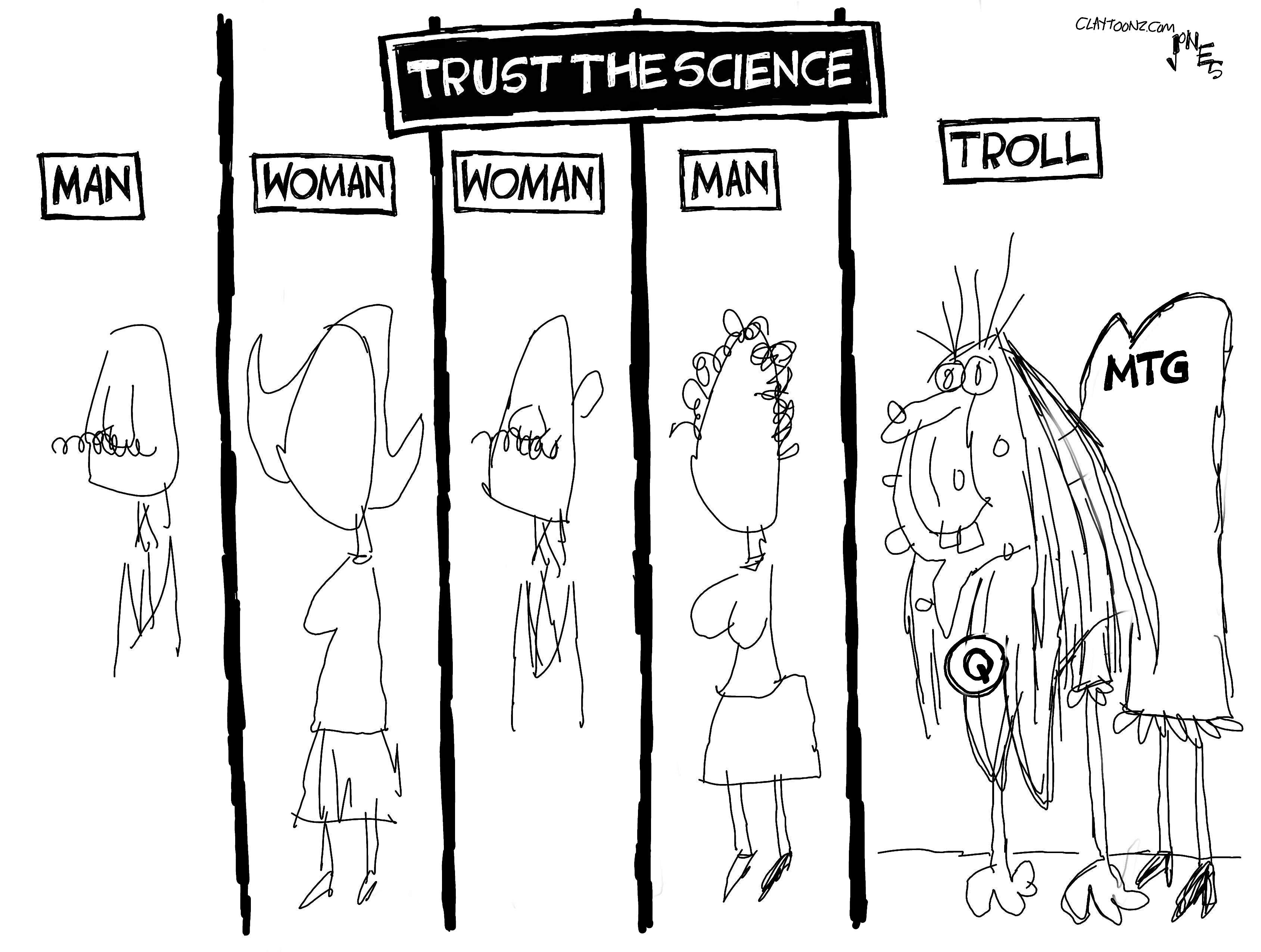 I was trying to cover all the bases here but on the advice of one of my proofers, I narrowed it down to just three panels. 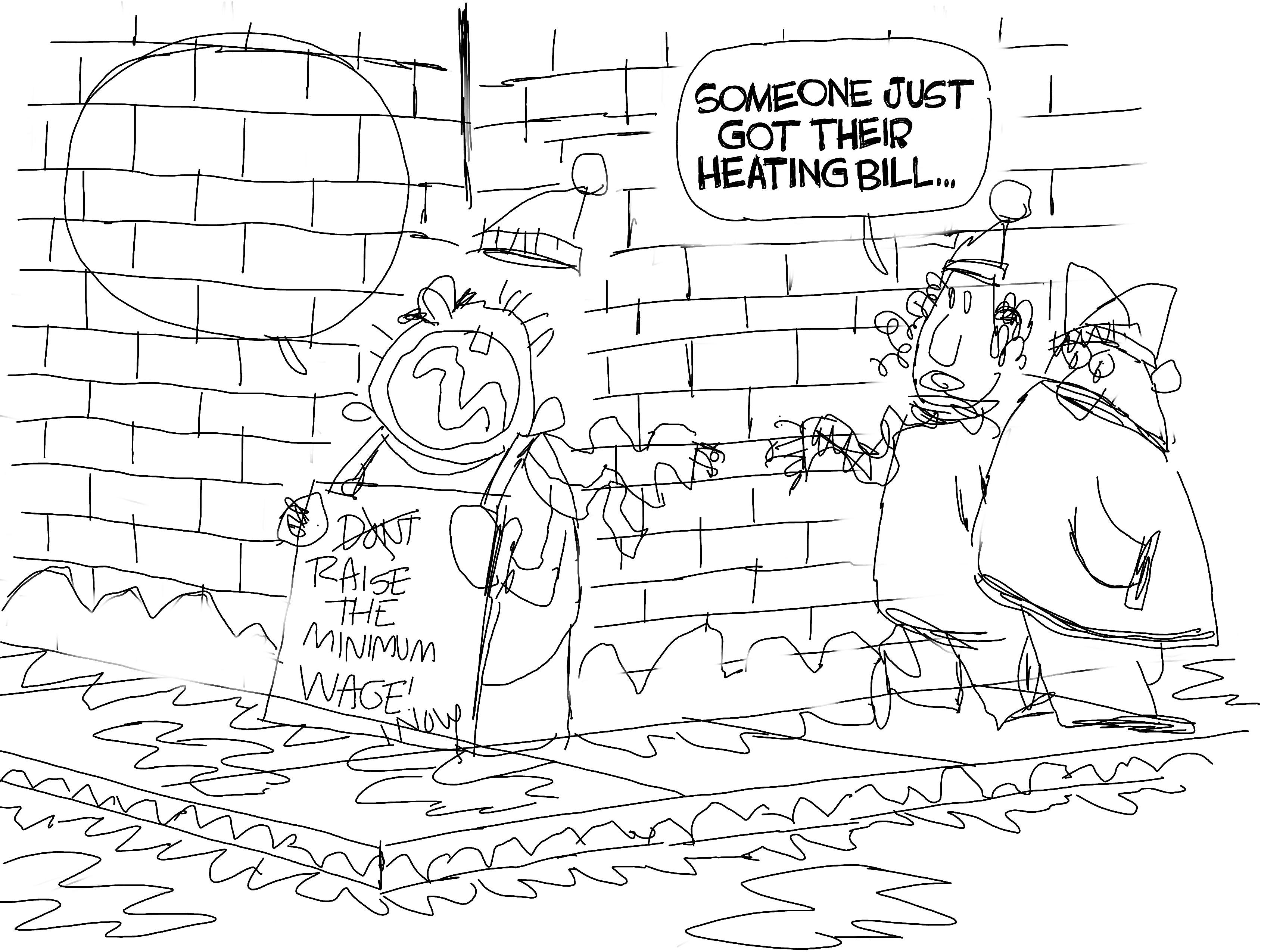 I was going with this while I was out of town last week. I was talking to my pal, Karen, a lot during that trip. She said she liked this but didn’t love it. I didn’t either, so I did something else. You need to imagine there are curse word symbols in that empty speech balloon. Also, where I was at the time had icy sidewalks, so they made it into this cartoon. 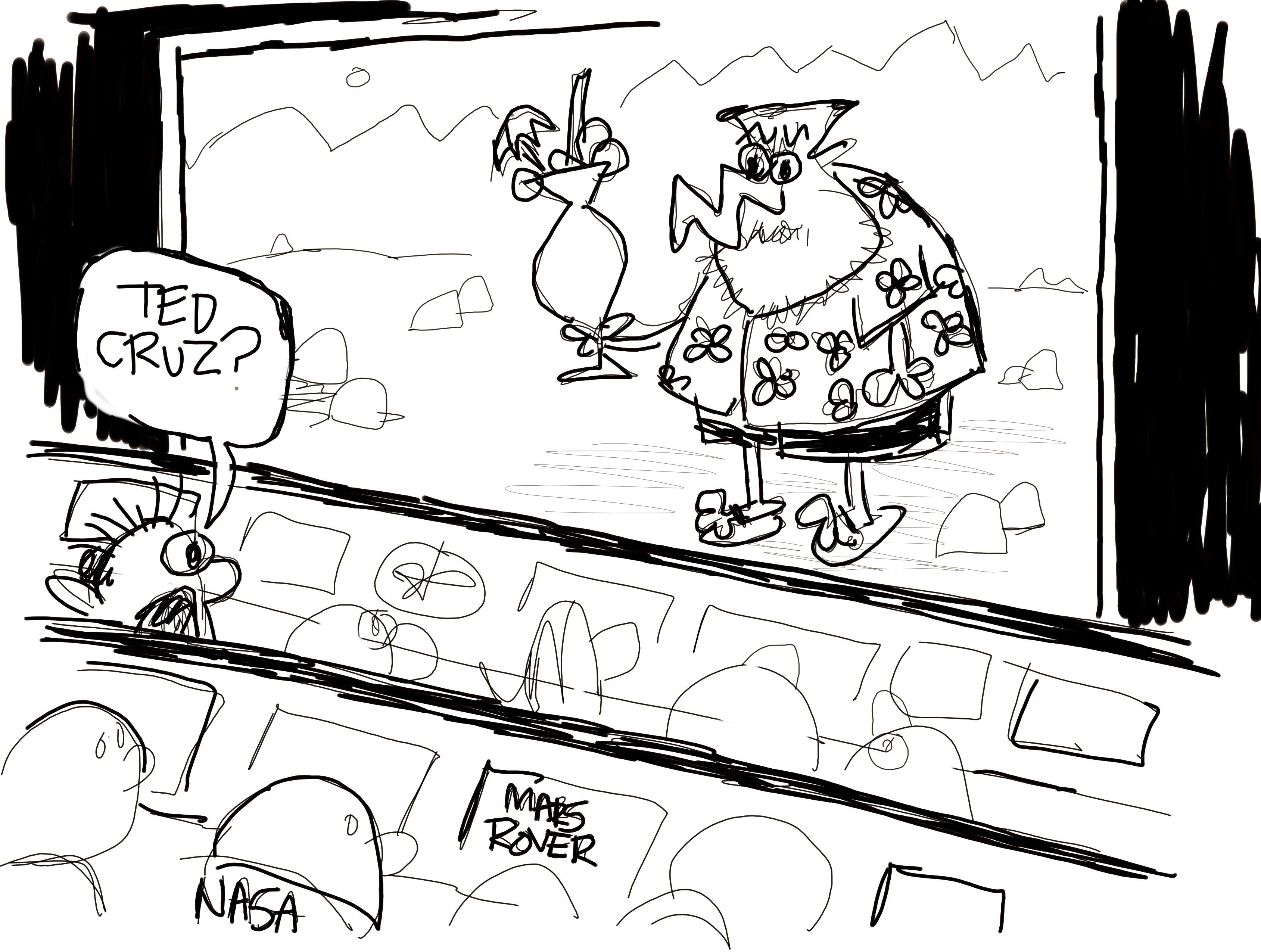 This was for the CNN newsletter two weeks ago. I drew this rough on a Thursday, drew the finished cartoon on a Friday, then Saturday, a couple of cartoons came out with the same concept, when mine wasn’t going to be published until Sunday. Those curse word symbols could have been drawn over my head. 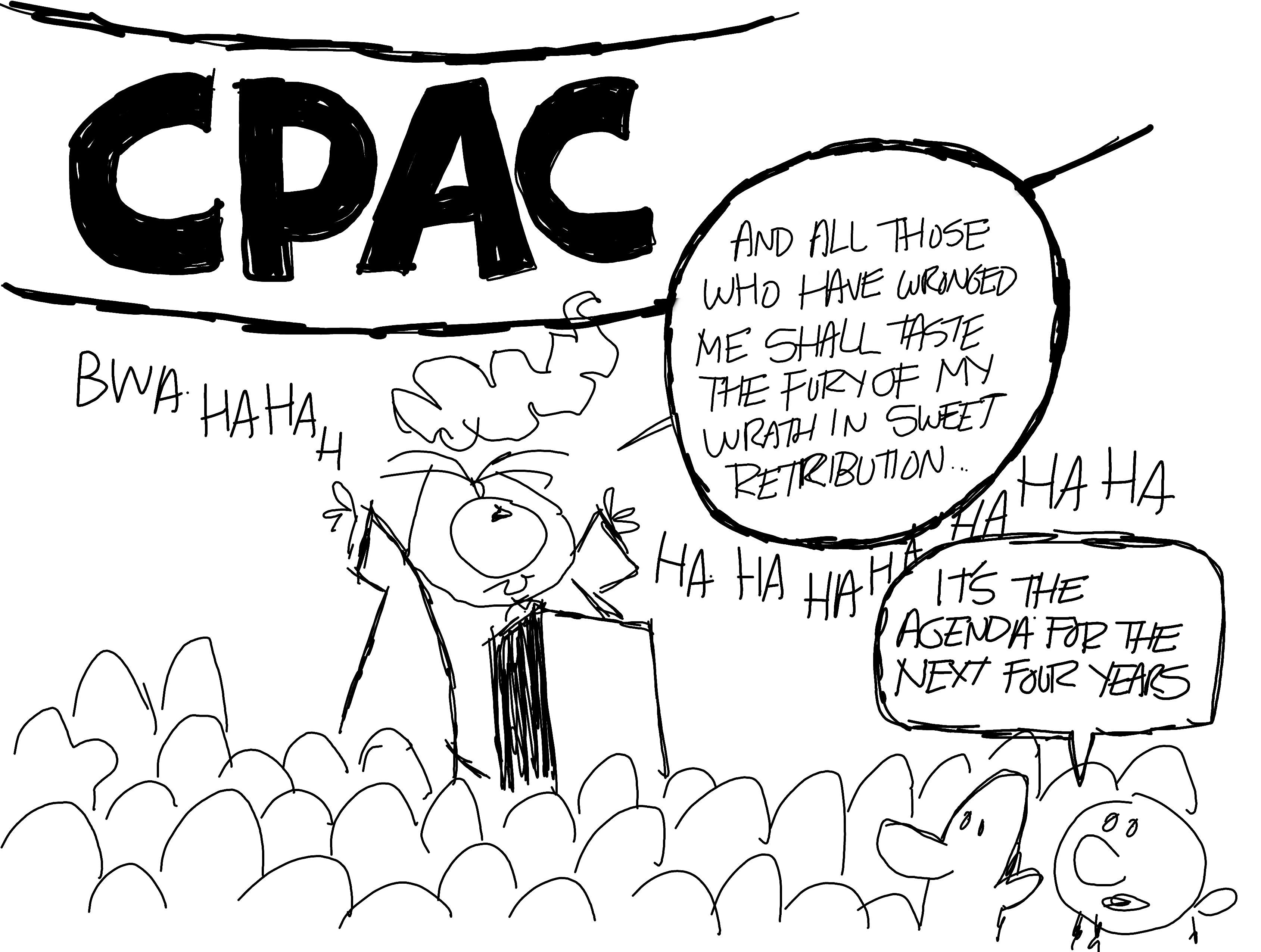 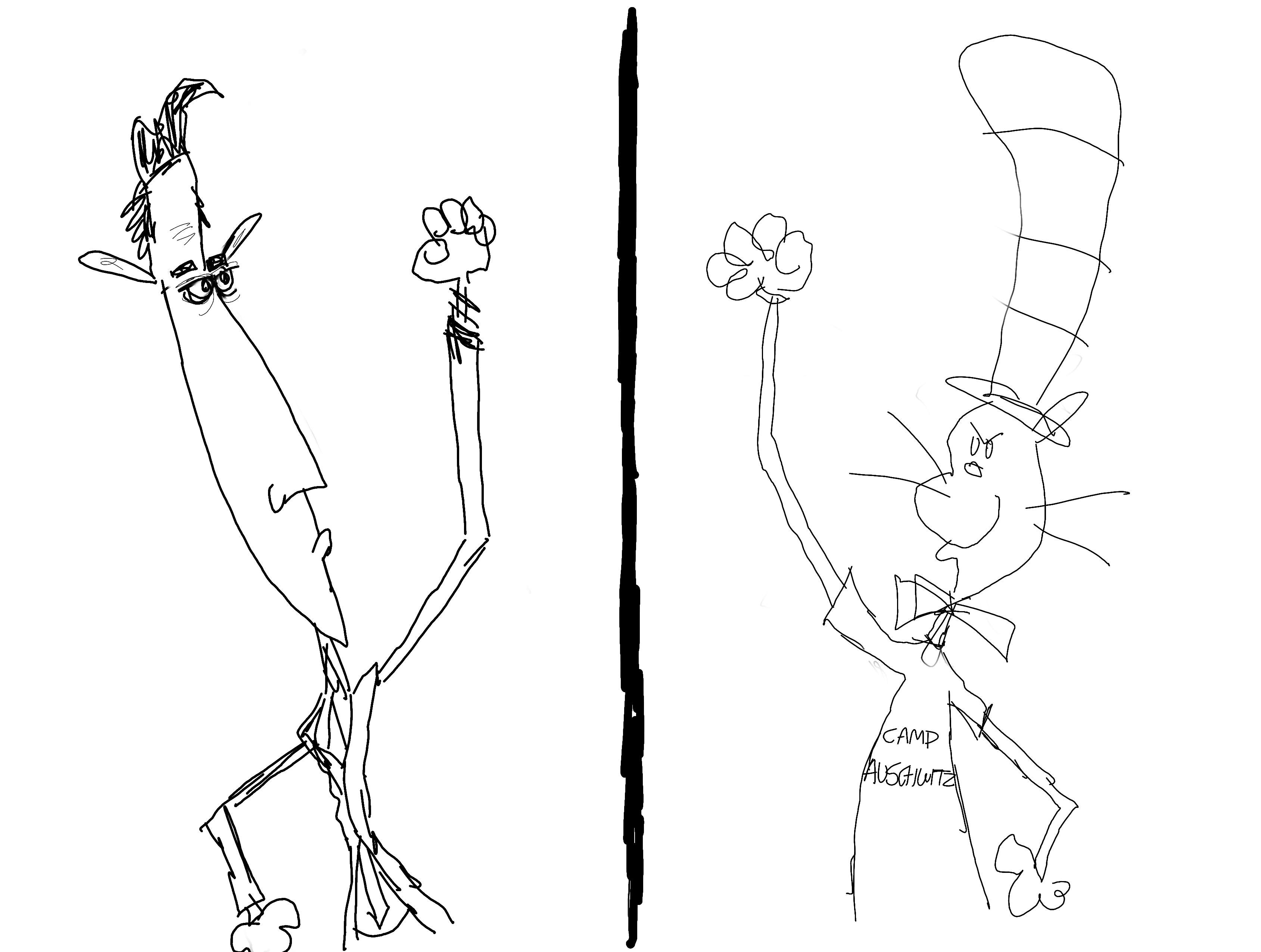 I spent about an hour on Josh Hawley’s face (which nobody will ever say), then decided nobody would get this.

Do you have a favorite?