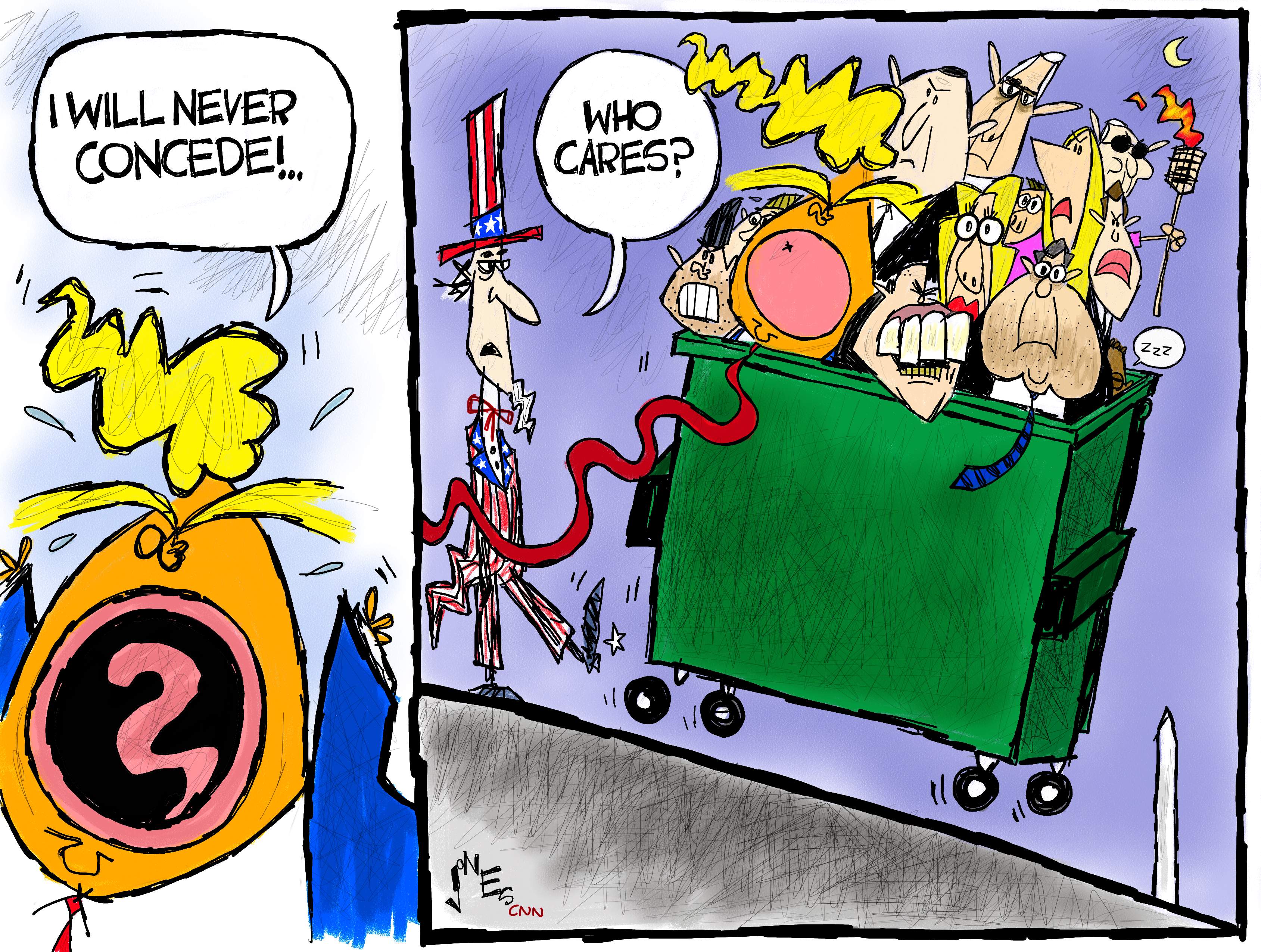 Weeks before the election, I told a professional colleague that I bet Donald Trump wouldn’t attend the inauguration if he lost. He said, “who cares?”.

The worst things Donald Trump is doing over losing the election is undermining democracy, feeding into baseless conspiracy theories, and endangering the nation by hindering the transition.

Donald Trump was a sore winner so of course he’s a sore loser. He has spent his entire life as a baby. For someone who reportedly can’t stand being called a baby, he sure does act like one. And in being an obstacle and not allowing a transition, he’s proving he puts himself before the nation. I expect him to make more moves in the days and weeks that harm the nation, all in the act of a tamper tantrum.

But as for Donald Trump accepting defeat, conceding, stepping into reality, and stop being a delusional fact-free moron…who cares? We don’t need him for any of this. Sure, getting out of the way for the transition would be really nice and even beneficial…but when it comes to January 20 at noon, Donald Trump doesn’t have a say in it.

After noon on January 20 in regards to Donald Trump, we can all say, “Who cares?” Donald Trump and everyone who ever supported him belong in the dumpster of history.