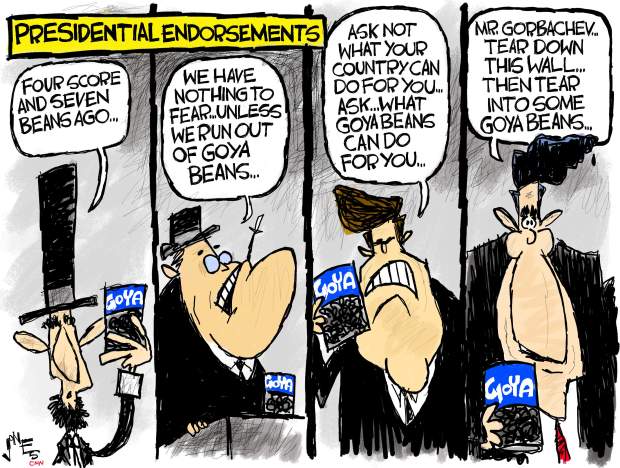 After Donald Trump received empty praise from the president of Goya Foods, Ivanka did a glamour photo with a can of their beans where she’s holding the product like she’s Vanna White. She was roundly criticized and mocked for the act which was also illegal. You can’t use your federal position to endorse products. Seeing this, perhaps to award the company or to get in on trolling, Donald Trump posted a photo of him sitting at the Resolute Desk with several Goya products on top of it.

The other thing is, we’re still in the first wave of the coronavirus pandemic that’s killed close to 140,000 people. Donald Trump wants to reopen schools and he doesn’t have a plan. There is racial strife on the streets. What does he have time for? Posing with beans.

Most of us knew Donald Trump would be a failure as president. It didn’t take a genius political prognosticator to predict that a racist reality TV show host who built a career on grifting would make for a bad president. For the first three years, he got by barking at minorities, tweeting profoundly stupid statements, and taking credit for his predecessor’s accomplishments. The fact is, Donald Trump is a shitty president and might be shittiest in our nation’s history.

You can’t claim success when you lose 40 million jobs and 140,000 lives. If you’re still defending the Trump presidency, your island is getting smaller and smaller. Usually, when islands get smaller it’s because of climate change but luckily for you, you don’t believe in climate change.  The climate is changing, politically, and literally. Disapproval over Trump’s handling of the pandemic has even lowered among his racist base.

Donald Trump is a horrible president and he’s not worth a can of beans.

Creative note: This was the very first cartoon I submitted to CNN this week and they picked it before I had a chance to draw another. Here’s the rough. 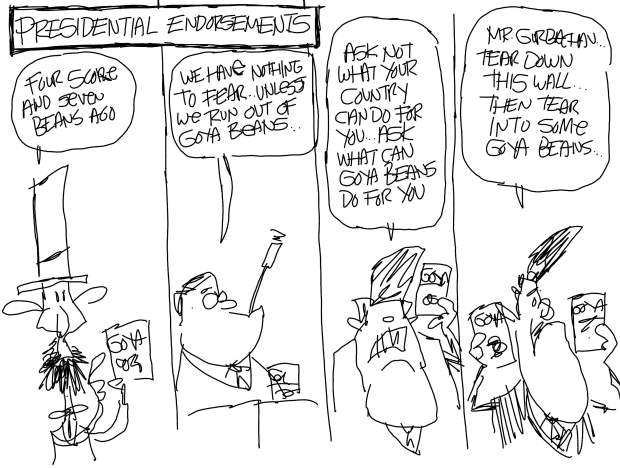