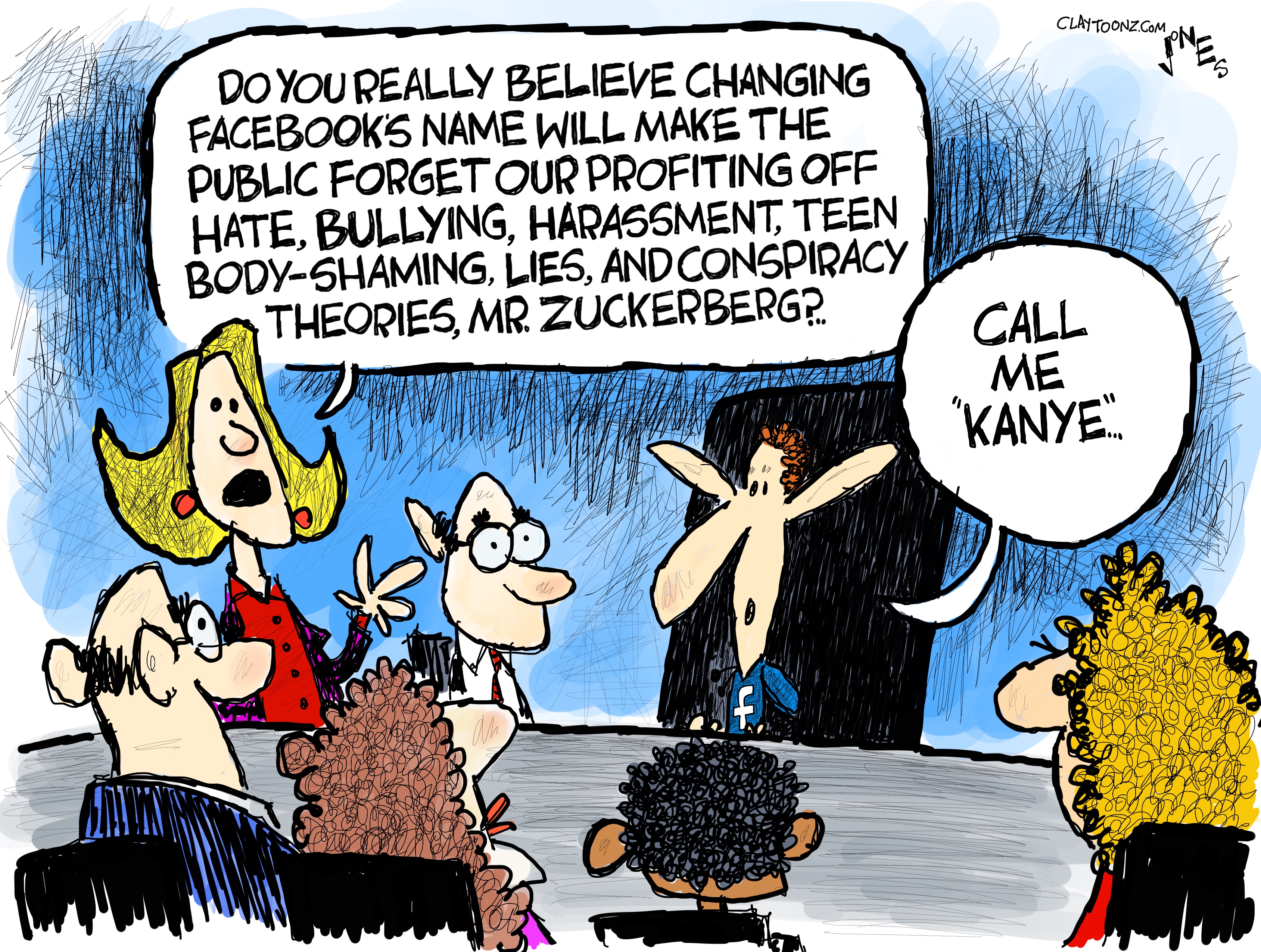 Fun fact: When Coca-Cola changed its formula back in the 1980s and introduced New Coke, they did actually change something. It did taste different. Nobody would argue that it was the same. Of course, the new taste sucked and the outrage was so severe that Coca-Cola went back to the old formula, but at least they did more than just change the name.

Facebook has come under fire recently from a whistleblower’s leak of the company’s own studies that shows it profited off hate, bullying, harassment, body-shaming on Instagram, and conspiracy theories. While Facebook may argue that it took a lot of steps to discourage this stuff from happening, they didn’t really do a lot to stop it.

Here’s an example: Yesterday, I saw a fucknut’s post that the COVID vaccine, NOT COVID itself, killed Colin Powell. It didn’t speculate it, it said it. I reported it. The post is still there. Facebook doesn’t do enough to dismantle lies and conspiracy theories. Facebook is allowing the lie that vaccines kill people to remain and spread on its platform.

But the revelations aren’t just bad press for Facebook or egg on the face of Facebook, Mark Zuckerberg. These revelations can prove to be extremely damaging to the company as Congress may take steps to regulate the platform and all of social media. Even worse for Facebook, Congress may dismantle its conglomerate. It has to be pretty drastic for Facebook to even consider dropping a brand name worth billions.

Mark Zuckerberg is expected to announce this plan at a corporate convention next week, Nerds-Who-Couldn’t-Get Laid-In-College-But-Can-Nowathon. And it’s easier to change the name than to make any practical reforms. Why would Zucky want to change anything that makes him money? Currently, Zuckerberg is worth over $130 billion but he pays himself an annual salary of $1.00. I hope he donates that dollar to Suicide Hotline.

Don’t expect the platform itself to no longer be “Facebook.” We’re talking about the Facebook corporation that owns Facebook, Instagram, WhatsApp, Oculus, and other products you haven’t heard of but are probably encrypted into everything you own, like your coffeemaker. But most people may not even notice this name change. Take Google for example.

Did you know Google is not Google? Yes, what you’re searching on is Google, but that’s not the company. At least not anymore. Google is Alphabet. Alphabet owns Google, DeepMind, Waymo, Fitbit, Google X, and about a gazillion other products. Unlike Google Plus, most are successful. Do you ever hear “Alphabet” being used? Nope.

But Zuckerberg sucks at rebranding. He’s been trying to re-cast himself for years from that nerd who created a site rating whether girls at Harvard who would not date him were “hot or not.” None of it’s worked, not the multiple rebrandings or getting hot Harvard girls to date him (actually, he did get a Harvard girl to marry him…after he became a billionaire). Do you think higher today of Mark Zuckerberg than you did before you saw that July 4 video of him riding on a hydrofoil while holding a U.S. flag to the backdrop of John Denver’s “Country Roads?” Funny how that didn’t work out for him.

If Zuckerberg really wants to hide without changing his actions, he should change his name. And guess what available? “Kanye” is available.

Kanye is changing is name to just “Ye.” His reason has something to do with his belief that “ye” is the most common word in the Bible and it means “you,” so he’s now “you,” or some shit like that. Fortunately for Kanye, or Ye, “Dipshit” is not the most common word in the Bible. You have to remember that this guy lost his mind to the point he became a Trumper. He was even running around wearing the red hat.

Other celebrities have changed their names after becoming famous. Prince changed his to a symbol for a few years. Sean Combs changed his to “Puffy, Puff Daddy, P. Diddy, Diddy, Sean Jean, Brother Love, Swag, Sean Love Combs” and at the present, to “Love.” Snoop Dog has changed his name to “Snoop Lion” then to “Snoopzilla” then back to “Snoop Dog.” Nobody is changing their name to “Mark Zuckerberg.”

And then you have Donald Trump. It’s ridiculous but true his name actually is “Trump.” No, it’s not “Drumpf.” But he’s not considering a name change despite “Trump” being the most toxic brand in the world. Maybe it should be “Drumpf.”

But back to Mark, I think “Kanye Zuckerberg” has a nice ring to it.

Notes on my book: Tales From The Trumpster Fire: There are ZERO copies of my book in stock, which go for $45.00 each, signed. A new shipment will arrive in early November. Also, I have copies of my first book from 1997, Knee-Deep in Mississippi available for $20.00.