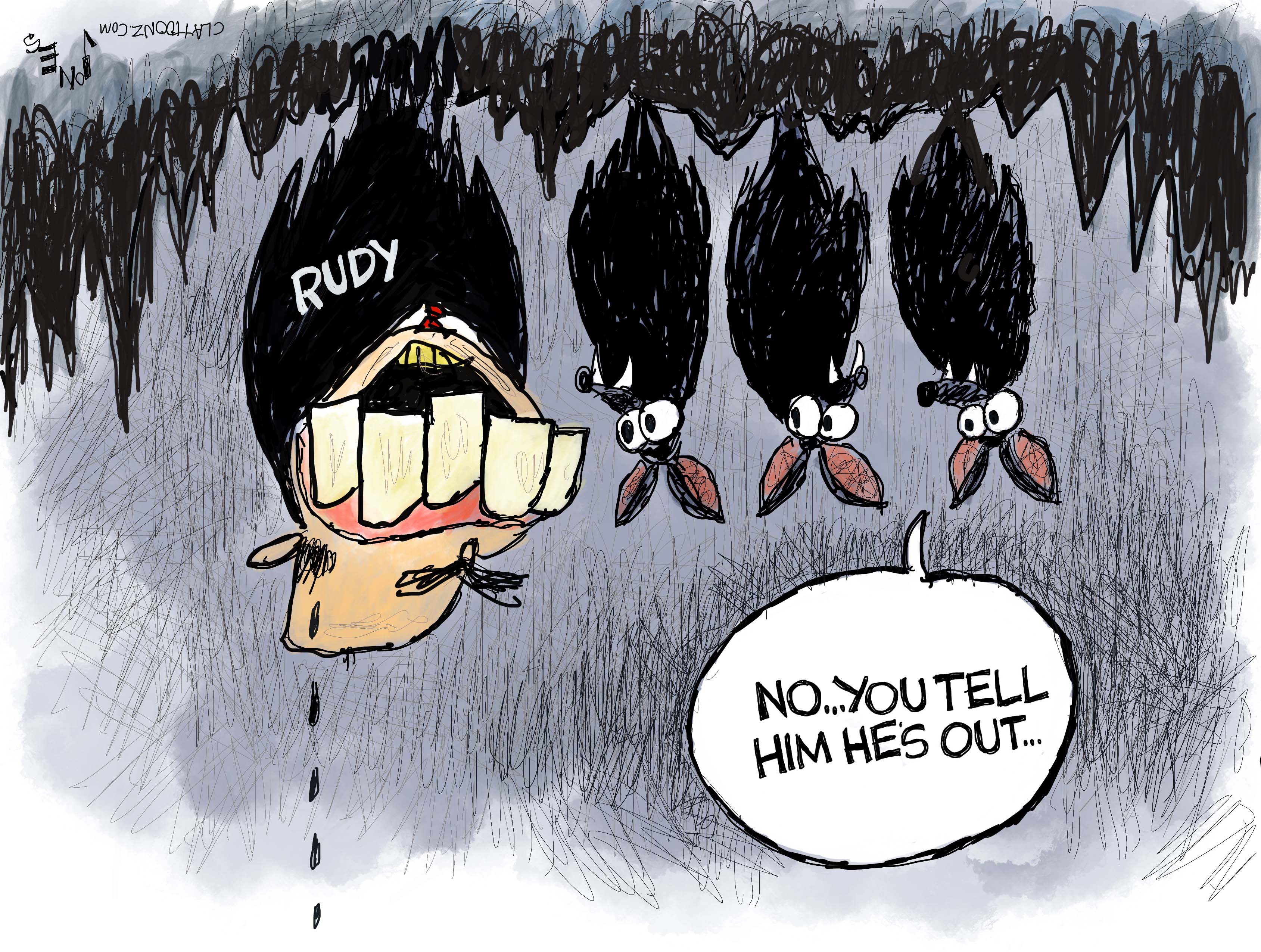 Rudy Giuliani, former mayor of New York City and former top prosecutor in Manhattan had his license to practice law revoked, at least temporarily. Does this mean he can’t charge the Trump Campaign (it still exists) $20,000 a day to spread their election lies?

A New York court ruled on Thursday that he made “demonstrably false and misleading statements” while fighting to overturn the 2020 presidential election on behalf of Donald Trump. He faces being disabarred.

Here’s something amusing: There’s a social media meme claiming Michelle Obama lost her law license. It’s not true, but you have to love that this shit always turns around on the right-wing liars. Don’t you love it?

Rudy didn’t just “mislead.” He lied. He lied to the press, the public, in courts, and in state legislatures. Rudy Giuliani is a liar. Rudy has a laptop in his possession he claims belongs to Hunter Biden. That’s probably a lie too.

Rudy claimed there was widespread voter fraud (there wasn’t) and that voting machines were rigged (they were not). The court said Rudy’s actions represented an “immediate threat” to the public and he had “directly inflamed” the tensions that led to the white nationalist terrorist attack on the Capitol on behalf of Donald Trump. Rudy screamed that day at the hate rally, “Let’s have trial by combat.”

The decision also said, “The seriousness of respondent’s uncontroverted misconduct cannot be overstated. This country is being torn apart by continued attacks on the legitimacy of the 2020 election and of our current president, Joseph R. Biden.”

Fortunately for Rudy, he doesn’t need a law license to continue being a national security risk or to go on Hannity and lie his saggy old balls off. There’s also no license requirement for public farting.

What’s going to be amusing is that in order to get his license back, he’ll probably have to admit Joe Biden is the duly-elected and legitimate president of the United States of America. That’s gonna leave a mark.

Rudy is also licensed to practice law in Washington, D.C, but that one may fall too. He’s also under criminal investigations by the office he once led in Manhattan. It may be a hard sell that you should have your law license back while you’re in prison. Maybe in prison he’ll be able to reminisce and catch up with people he sent there. Won’t that be nice?

Laura, one of my proofreaders told me after seeing this, Rudy gives bats a bad name. That is true. Bats put out way less guano.

A fun zoological tidbit: Another animal that produces guano is the Peruvian Booby. Also, Rudy farts.