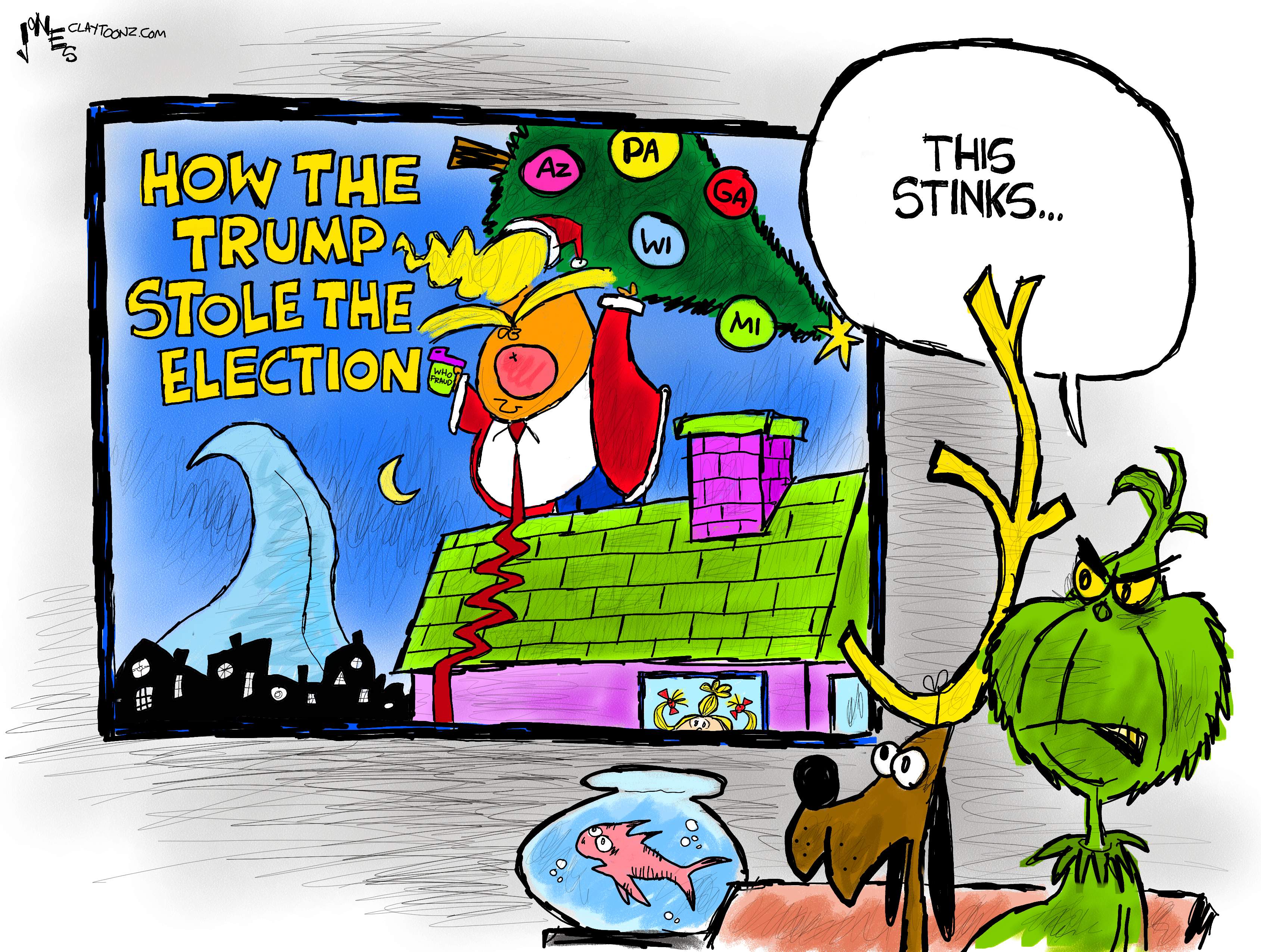 The day after disgraced general and pardoned Trump goon Michael Flynn talked about stealing the election by using the military to enact martial law in the swing states, and re-doing the election in those states, he was in the Oval Office. The new normal is: Nobody asks why a guy was invited to the White House to confab with the president (sic) of the United States a day after talking about insurrection, sedition, and declaring martial law to stage a military coup. The free press better start talking about it while there still is a free press.

This administration was embarrassed by Trump lawyer and conspiracy nutjob Sidney Powell and distanced themselves from her and her insane conspiracy theories, yet invited her back to the Oval Office. In fact, Donald Trump wants to appoint her as a special counsel to conduct an investigation into the election. The message is; Don’t listen to her because she’s insane…but let’s see what she can dig up in an official capacity with a security clearance. Donald Trump can’t appoint a special counsel but then again, he’s done a lot of stuff an American president isn’t supposed to be able to do. Maybe he can appoint a pretend special counsel while he’s playing pretend president at Mar-a-Lago in late January.

Every single Republicans who has supported Donald Trump’s coup has committed sedition and should be removed from office. We need people in Congress who support democracy, not conspire to overthrow it.

Donald Trump has been removing Pentagon officials. Why? After overseeing the electoral count and declaring the winner in the Senate, Mike Pence is immediately leaving the country. Why? William Barr is stepping down as attorney general with just a month left before he has to leave. Why? What will the new AG do for Trump?

We need to watch every single move and statement from Donald Trump. These are not normal times and he hasn’t given up on stealing the election. We should be outraged that a criminal like Michael Flynn calling for sedition is making strategy in the Oval Office.

During World War II, Dr. Seuss drew political cartoons for PM, a liberal newspaper in New York City. He did that for two years before joining the Army in 1943 where Captain Seuss (actually, Captain Geisel) was commander of the Animation Department of the First Motion Picture United of the United States Air Forces where he created propaganda for the military. He was anti-racist (despite drawing racist cartoons about Japanese) and he was anti-fascist.

There are always political cartoons using characters from Dr. Seuss, but I think they work best when they have the same agenda as the original work. Like Theodor Geisel, I am anti-fascist. This cartoon is anti-fascist. It’s anti-Trump.

Donald Trump is a fascist.

Notes on signed prints: Order now if you want to send a print of one my cartoons, signed by me, to a loved one…or even better yet, to a conservative family member who you probably don’t love anymore. They’ll never forget it. The signed prints are just $40.00 each. You can pay through PayPal. If you don’t like PayPal and want to snail mail it, email me (clayjonz@gmail.com) so we can make sure your print gets to its recipient in time. I can mail the prints directly to you or to the person you’re gifting.

Notes on my book, Tales From The Trumpster Fire: I have an order of 20 copies of my book (14 are left to purchase) on the way, which I’ll be selling for $45.00 each, signed. Unfortunately, they’re not going to arrive until AFTER Christmas. Don’t yell at me. But you can purchase now, give later, and blame the cartoonist. Tell them I had covid. Also, I have copies of my first book from 1997, Knee-Deep in Mississippi.