It’s been about two weeks since I posted any roughs. I’m not going to post every idea I sloppily sketched out since then, but I’ll post the more significant ones today.

I don’t draw a lot of holiday-themed cartoons. I didn’t go with this one either. 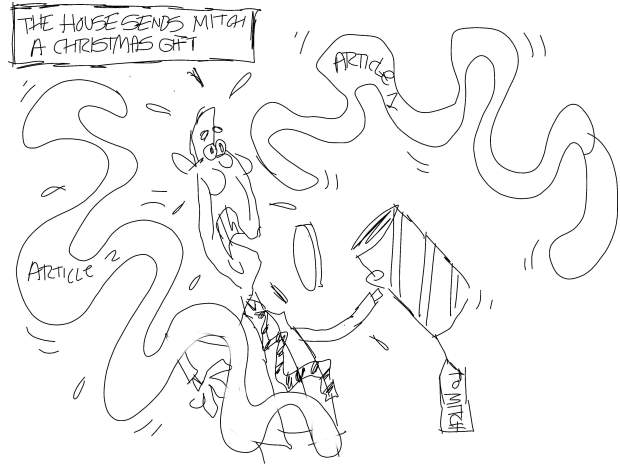 Here’s a good example of how not everything works. When I was looking back at it two minutes ago, I was thinking, “What the hell is that?” Then I remembered, it’s like one of those prank-can-of-snakes. Yeah. Didn’t really work here. Sorry.

The guy who played Big Bird died. I liked this idea but instead, went with a cartoon on the Trump dingalings waiting to shoot Rudolph the Red-Nose Reindeer. 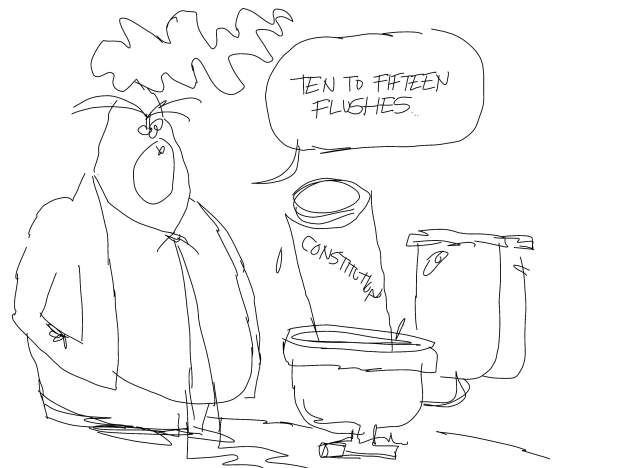 I drew this a week before I did an ugly-sweater-impeachment cartoon. 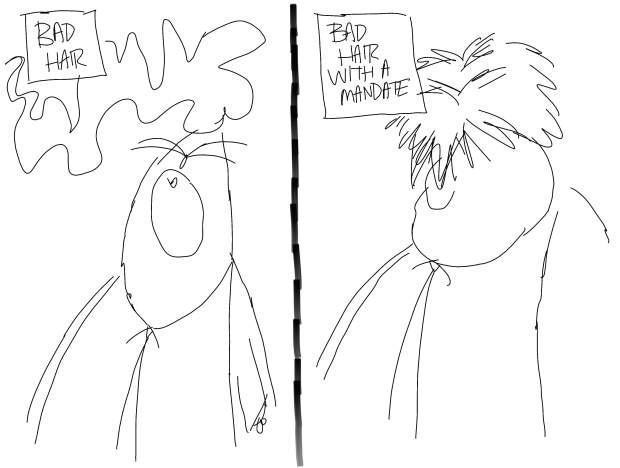 I didn’t really worry about drawing the caricatures well here. The “cool kids” thing with the foreign leaders was a bit outdated when I drew this.

I finished this one and about a week later, another cartoonist stole the idea. Someone wrote on my Facebook post that I should have had Trump’s head coming out the other end. That cartoonist must be reading my post because that’s exactly what he did with his version.

I almost drew this one then thought of something I liked a little bit better. I put it next to the other idea and took a poll with my two proofreaders and a girl I was living with at the time. The other cartoon won.

This was that other idea. Did I make the right call? 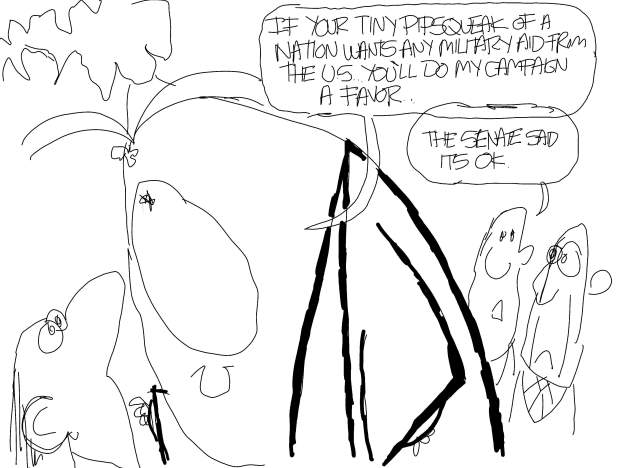 I liked this one.

The Trumps are supposed to represent his judicial appointments. Another idea that worked a lot better in my head than it did on paper. 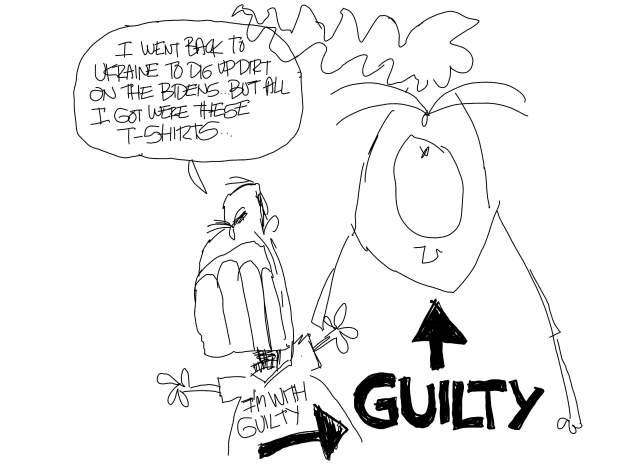 I love this one and I didn’t finish it.

You may think several of these consists of major suckage, but I left a LOT out. Which ones are your favorites? Which ones should have been completed?