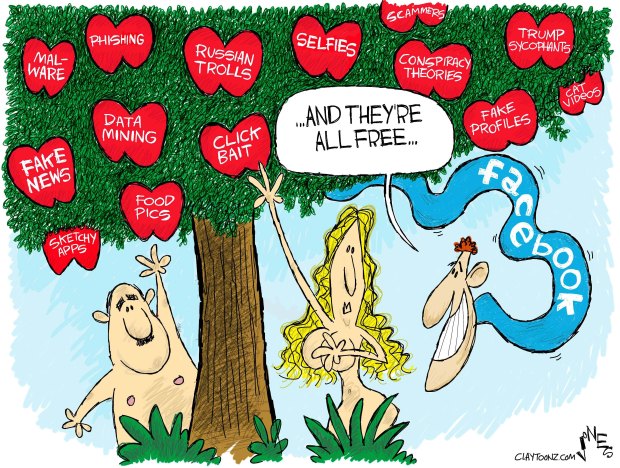 Have you heard of Coca-Cola? Have you heard of Pepsi? Of course you have. Even if you’re not a soft-drink drinker you’re very familiar with Coke and Pepsi. You’re either a Coke person or a Pepsi person. You know what fast-food franchises sell which drink. They’re not just household words and a part of our culture, they’re ingrained into our psyches. You could be stranded in the most obscure, rural, backward place in a third-world country, and you will find a Coke or a Pepsi. And yet, they continue to advertise.

While it makes sense for Ford, Chevrolet, and Toyota to advertise as they change their product ever so slightly every year, Coke and Pepsi don’t (exception being that failed experiment Coke perpetuated upon us that nearly caused a nationwide riot in the early 1980s). They run commercials for a product with nothing new to add. Only Domino’s Pizza runs commercials saying their old pizza sucked, but now it’s better (and it’s not).

Why do these companies engage in advertising? Because they believe ads work. Advertising is meant to convince you to purchase their product. They’re designed to convince, persuade, and to put it more crudely, manipulate.

So, whenever I hear someone say Russian advertising and fake news on social media didn’t help Donald Trump win the presidency, I know that person is full of crap. How do you argue that the ads your campaign officially paid for worked, and the ads you supposedly weren’t responsible for didn’t?

Cambridge Analytica (CA) is a data mining and analysis company that works on political campaigns. It was heavily involved in the United Kingdom’s vote to leave the European Union, the Ted Cruz campaign, and then the Trump campaign. It’s partly owned by Robert Mercer, a very rich guy who supports extremely conservative causes and politicians. He’s been a major benefactor for Breitbart, and after the Cruz campaign failed, he switched allegiances to the Trump campaign and helped install Steve Bannon and Kellyanne Conway (who was on the Cruz staff) as heads of the Trump team. As you can tell, Mercer likes assholes.

Cambridge Analytica engaged in some very sketchy activities. The head of the company asked Wikileaks guru Julian Assange to help find Hillary Clinton’s 33,000 missing emails. The company may have used their microtargeting of individuals on social media to help Russia coordinate their propaganda campaign in favor of Trump.

Cambridge Analytica also collected personal data on individuals without their consent or their knowledge. Facebook was aware of this for two years but didn’t act on it until yesterday when they banned CA from advertising on their platform.  According to the Trump campaign, CA was working side-by-side with representatives from Facebook and Twitter on their digital campaign.

You wonder how much of an effect CA had as the presidential election was decided by fewer than 80,000 votes in three swing states and the EU referendum by two percent of UK voters.

Collecting personal data on social media users allows the company to learn who is susceptible to certain kinds of advertising and who can be manipulated. For example: Who can be tricked and conned by fake news, who only wants confirmation bias, and who will really believe Pizzagate and that the Pope endorsed Donald Trump? Russian ads and propaganda convinced millions of people the absurdity of Trump being more honest than Hillary Clinton, just like Coca-Cola ads have you convinced penguins and polar bears are on the same continent.

It gets worse. Alexander Nix, the CEO of Cambridge Analytica was caught on tape talking to who he believed were prospective clients (but were actually undercover reporters for the UK’s Channel Four), where he described strategies of filming opponents in compromising situations with Ukrainian sex workers. Mark Turnbull, the managing director of Cambridge Analytica Political Global, was caught explaining that plausible deniability was a crucial element and said it was vital that people seeing false rumors online never discovered where they were coming from. I discovered it doesn’t matter if people find out where it’s coming from. They’ll still post it and call you a liar when you point out the facts.

Turnbull said, “We just put information into the bloodstream of the internet and then watch it grow, give it a little push every now and again. Like a remote control. It has to happen without anyone thinking, ‘That’s propaganda,’ because the moment you think, ‘That’s propaganda,’ the next question is, ‘Who’s put that out?'” That sounds very similar to the Russian Troll Farm strategy.

Nix said on the tape, “We do incognito very well indeed, in fact we have many clients who never wish to have our relationship with them made public. We’re used to operating through different vehicles, in the shadows, and I look forward to building a very long-term and secretive relationship with you.”

Christopher Wylie, a whistle-blower with a guilty conscience from Cambridge Analytica claims CA had used a few hundred thousand people’s Facebook accounts to reach out and scale up through their social networks to touch “most of America.” The company used harvested information from the accounts ‘friends’ profiles as well as updates, likes, and in some cases private messages.

Investigators in the UK are now seeking warrants to enter CA’s offices and seize evidence, and Facebook personnel have been ordered to vacate those offices, and lawmakers are calling for investigations into both companies. The European Union, which has stronger laws about it, is also launching an investigation into the misuse of private data.

I believe we make it easy for companies like Cambridge. We believe what we want to believe, thus making it easier to become trolls for a Russian troll farm. Conservatives are better targets as facts don’t support their beliefs to begin with, and people who spread lies associate with other people who spread lies. Facts are not important.  Conservatives don’t care if their beliefs are based on lies. They don’t care if spreading those lies makes them traitors. They just want their bias confirmed.

In fact, Nix said on the tape, “It’s no good fighting an election campaign on the facts because actually it’s all about emotion.” That’s true. No Trump supporter can tell you why Trump is doing a great job, just that he is. It’s all emotion and a lot of times, their emotions are hatred.

We’ve come down to fighting emotion with facts. I pride myself on only using facts, and I’m losing.  The liars and traitors are winning.