Hello, my friends and dear readers. Each of these was drawn the week before last in Procreate on the iPad and there is a video for them. Enjoy the mayhem and sloppiness.

I love sharks and in celebration of Shark Week, which I always forget, I give you this.

I gave CNN the choice between the first ugly Trump shark and the second. And these truly are some ugly sharks. CNN chose the second and since I had a lot more room, I threw in more remoras. Now, I am afraid to go into the water because if any sharks saw these cartoons comparing them to Trump, yeah, I’m shark bait.

I did watch a bit of Shark Week, but I could only take so much. I love sharks and learning stuff, but I seemed to have caught it when they were mostly showing people being eaten by sharks.

The only problem with Donald Trump denying he’d ever make a coup attempt is the fact he literally made a coup attempt. He is a tin-pot banana republic dictator wannabe. Telling people you’re going to be “reinstated,” which is not a thing in this country, is something a person says who doesn’t have any regard for the Constitution. It’s also something someone says if he’s a moron.

Donald Trump said General Mark Milley, who was worried Trump would attempt a coup, is the last person he’d ever commit a coup with. That defense is like O.J.’s book where he writes how he could have murdered his wife, “if” he was the real killer, or when Trump says he didn’t sexually assault someone because he doesn’t find her attractive.

I thought this cartoon would have worked out pretty well and would have been fun to draw.

This cartoon could have 1,000 panels. Yes, Donald. You look like all of the above.

Naturally, when choosing people to commit coups with, don’t pick the guy who doesn’t like Nazis. 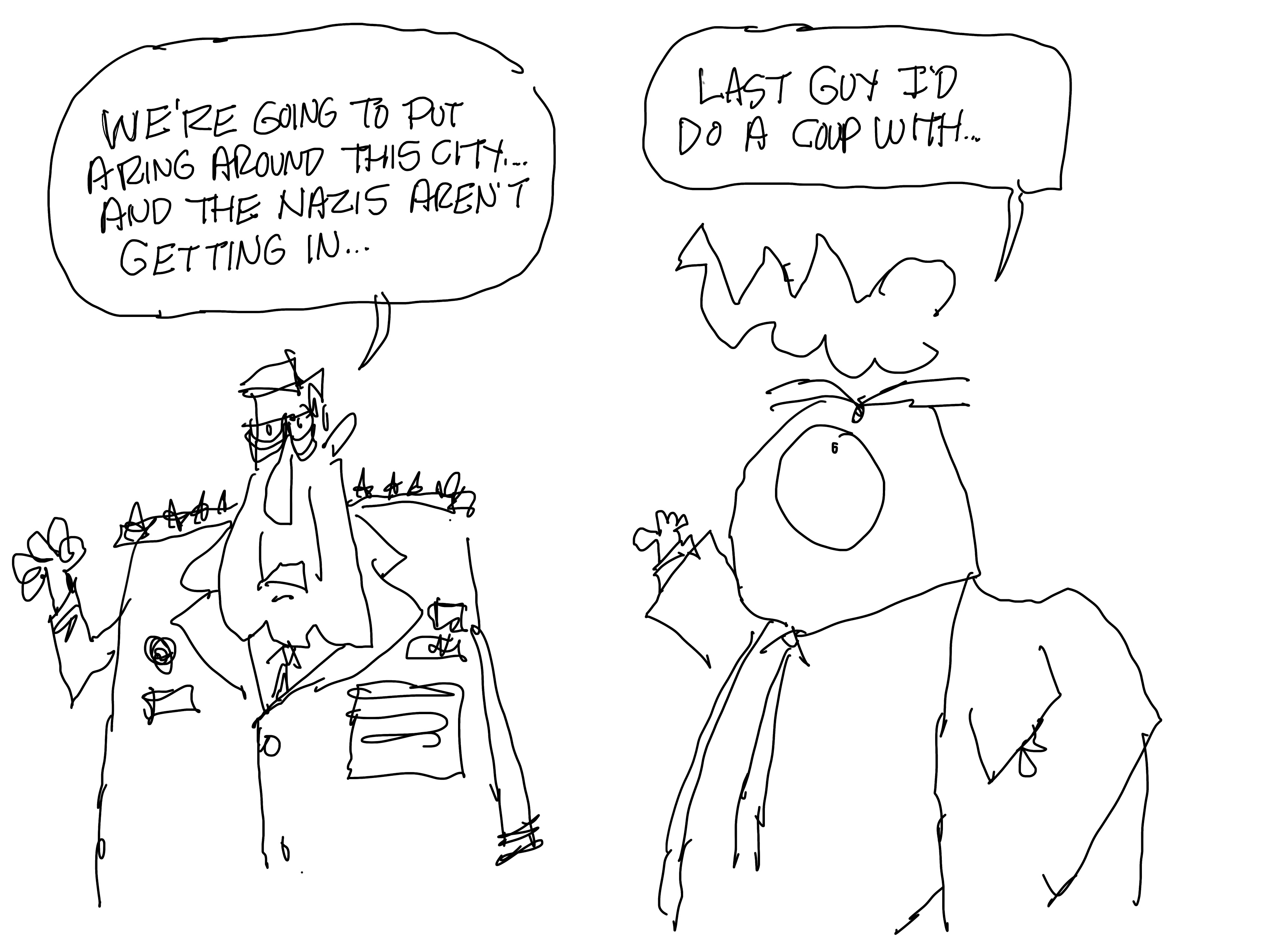 On a slow day, even when algorithms are fucking with me, I can get at least 50 Facebook shares of a cartoon. This one didn’t even get 20. I know it’s not a bad cartoon (the finished version). The thing that gets me is, there are not enough people who cared about this issue. That kinda messes with me.

I almost did this cartoon last week but other things got in before it. I’m writing this blog on Saturday, July 17, and plan to wait at least a few days before publishing. So, I may still draw this Ted Cruz cartoon. Update: It’s now July 25 and I still haven’t done this cartoon. I still may unless another cartoonist comes in, sees this, goes “Bwahahahahahaha,” and steals it.

Which of these roughs are your faves?

Notes on my book, Tales From The Trumpster Fire: There are SEVEN copies of my book in stock, which go for $45.00 each, signed. Also, I have copies of my first book from 1997, Knee-Deep in Mississippi available for $20.00.