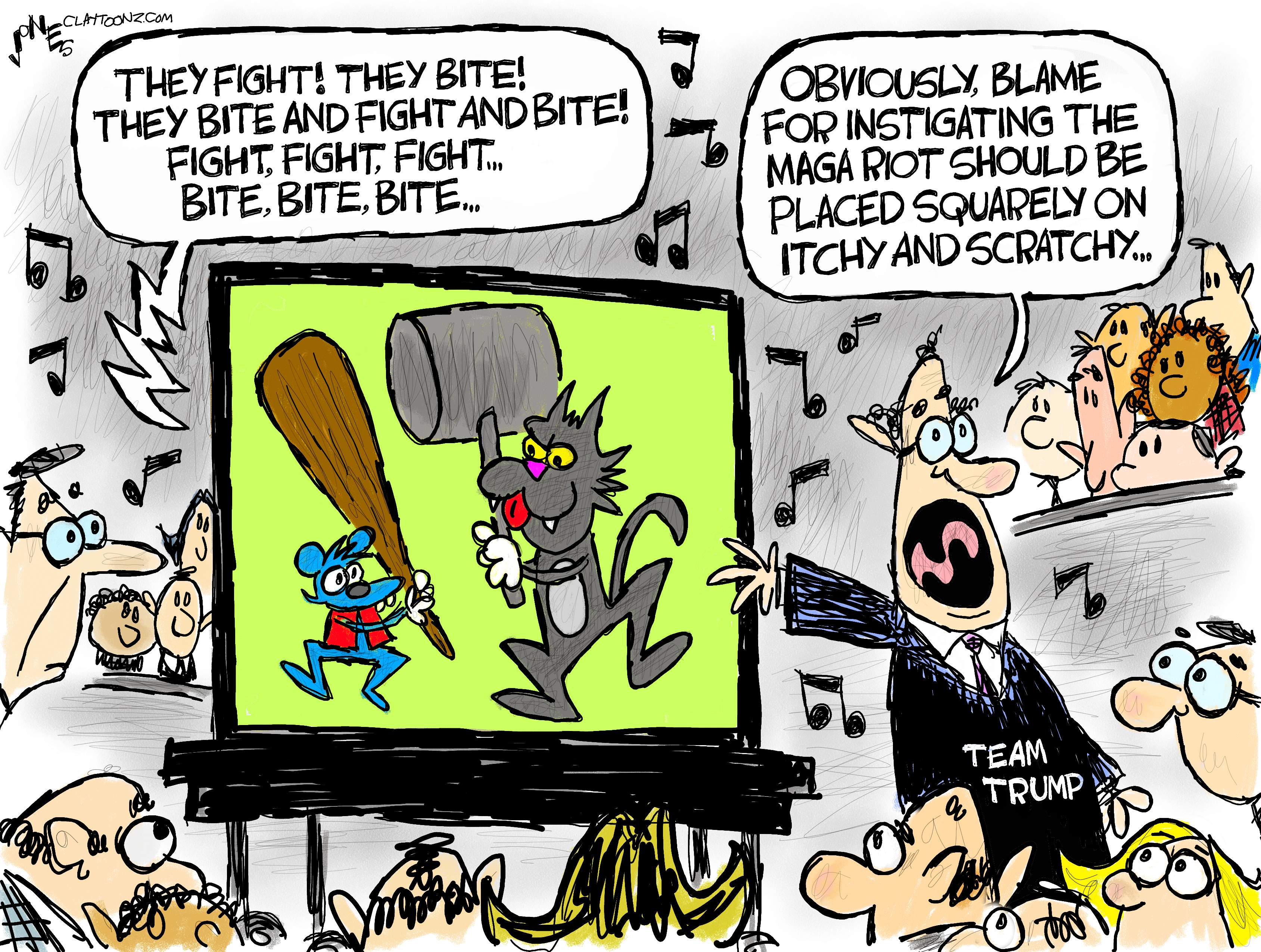 If you were playing a drinking game during day 4 of the Trump Trial in the United States Senate where you took a drink each time the word “fight” came from the Trump defense team, you’re dead.

Trump’s lawyers attempted to confuse the jury of senators, and the rest of the nation, that the trial isn’t about inciting a terrorist attack, but one of free speech. They complained that all the video evidence the House Impeachment managers presented was manipulated and edited…and then proceeded to show video evidence that was manipulated and edited.

The lawyers Trump hired to replace the lawyers who replaced the lawyers who didn’t want to present a defense of conspiracy theories showed video after video of Democrats saying the word “fight.” See? There’s proof that when Trump said “fight,” no harm was intended. We’re not prosecuting Democrats for saying “fight,” right?

Except…name one time that there was an attack on the U.S. Capitol building directly after a Democrat said the word “fight.” Or maybe you can find an example of Democrats calling their supporters to a city, pointing to a specific location, and then telling their crowd to “march” to it.

If you want to talk about someone using the word “fight,” Trump used it 20 times in his insurrection speech. He used “patriotically” and “peacefully” just once each.

Trump’s lawyers had 16 hours to present their defense, but who can say “fight” for 16 hours other than Donald Trump? They wrapped it up with four. But still, four hours of bullshit and debunked conspiracy theories was very hard to take.

No matter what these lawyers present, there’s no way of getting around the fact that the MAGA mob wouldn’t have been in Washington, D.C. if Donald Trump hadn’t called them to be there. They wouldn’t have gone to the Capitol if Donald Trump hadn’t told them to go. They went there to overturn an election. And, they went there based on a lie that the election was stolen.

There’s a big difference between saying “fight for your right to party” and “fight to overturn an election.”

Note: I did it again. I made a post on social media saying the lawyers should blame Itchy and Scratchy instead of Trump, and then I liked it too much. So it became a cartoon. Oh well.