Let’s check out some roughs, Kids. And I drew a bunch of them. 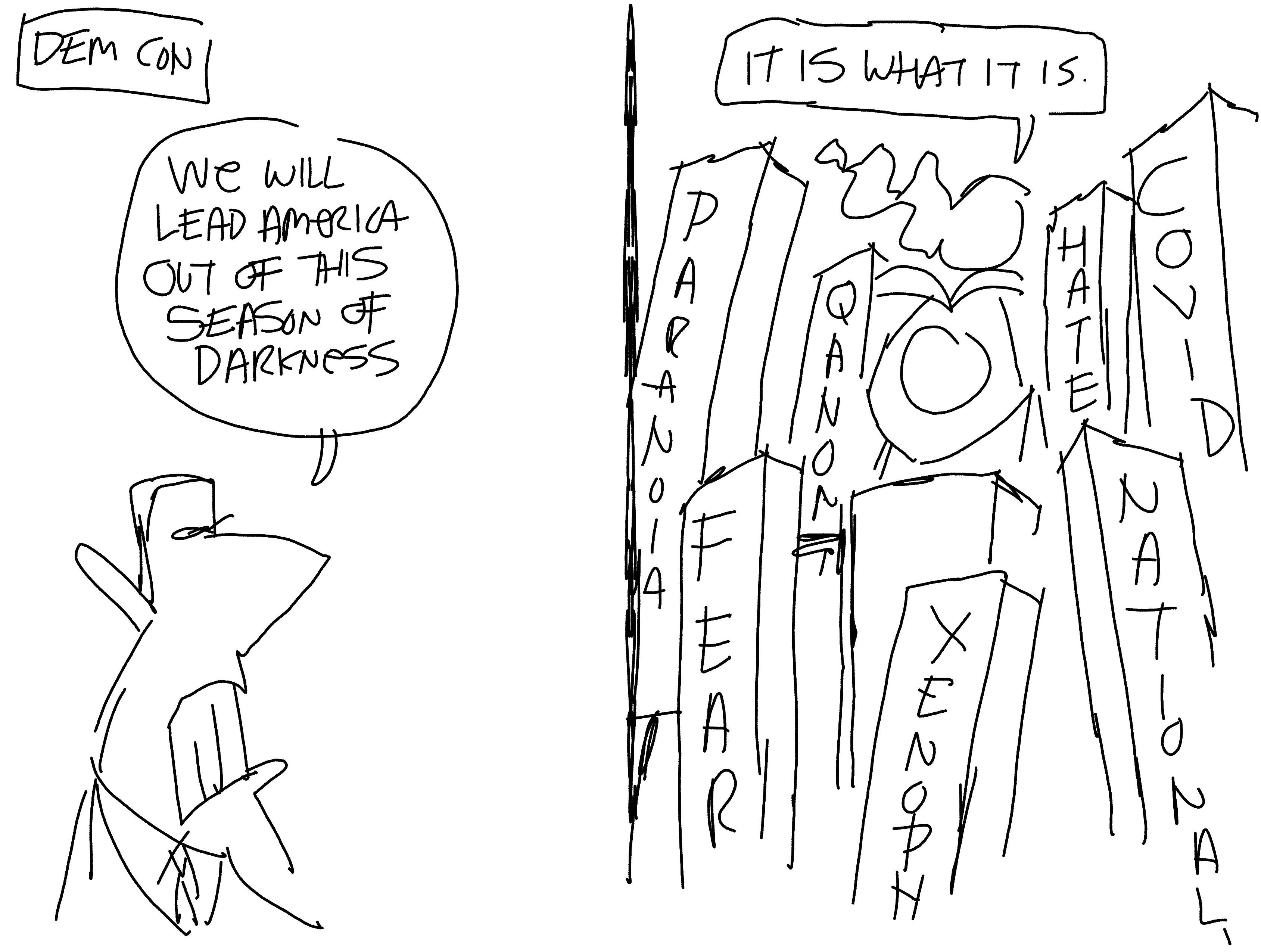 This was the idea CNN selected for last week’s newsletter. 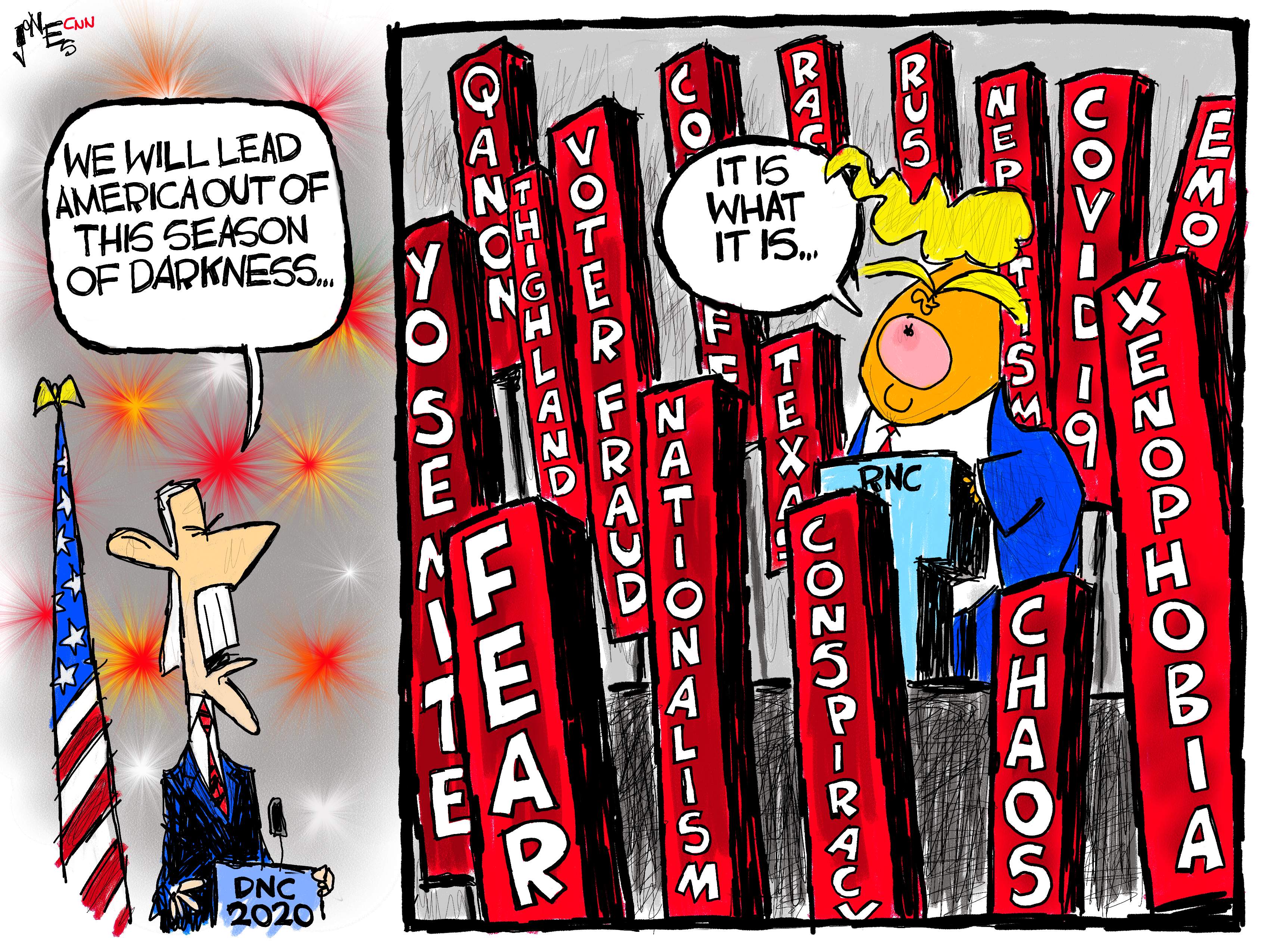 I liked the way it turned out and I had a lot of fun with putting stuff on the signs. The only thing I missed with this was drawing these signs sticking up from a large crowd of people. As it turned out, he didn’t have signs during his speech but he did have people. 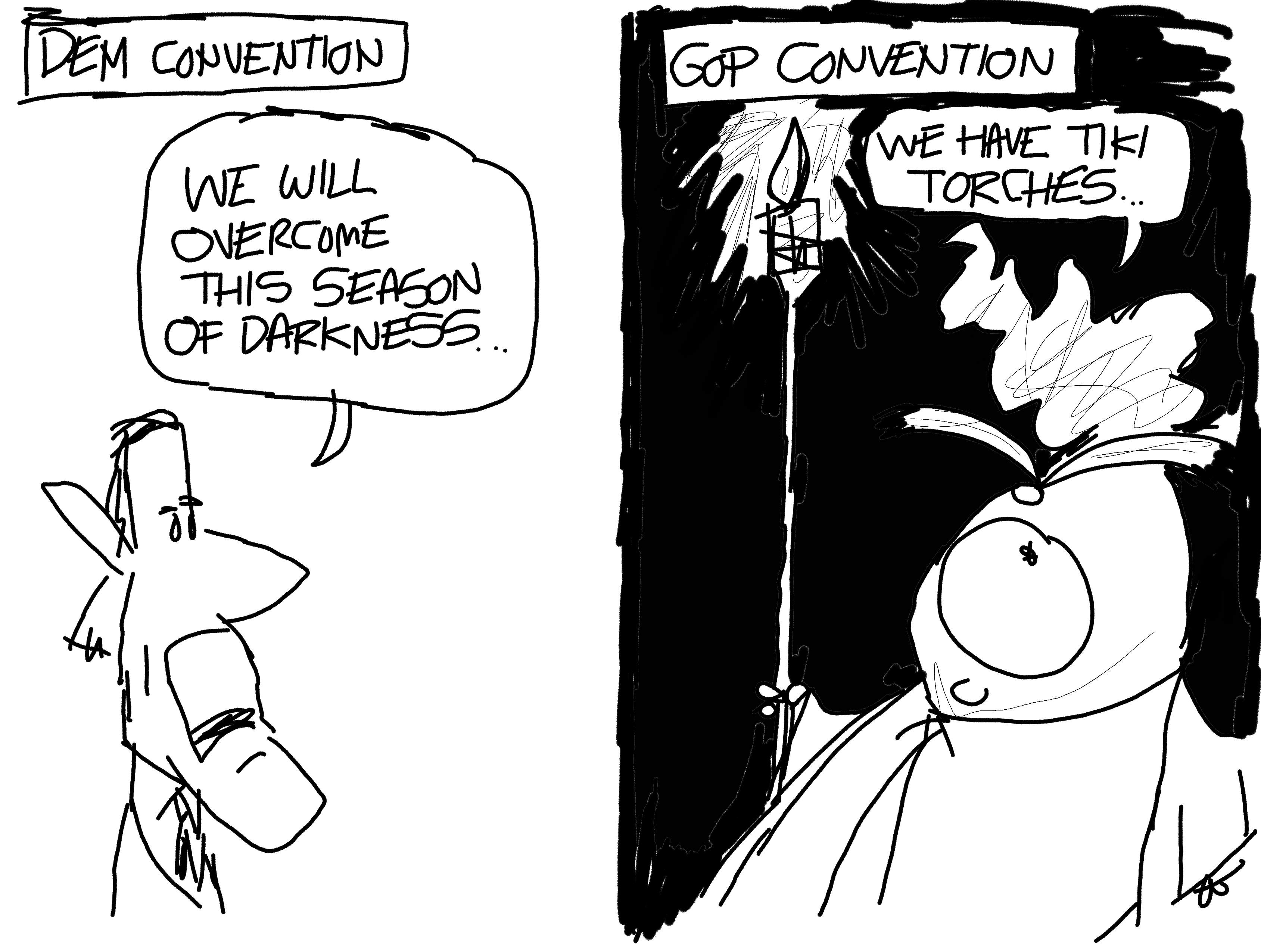 I really liked this one and it turned into its own cartoon. 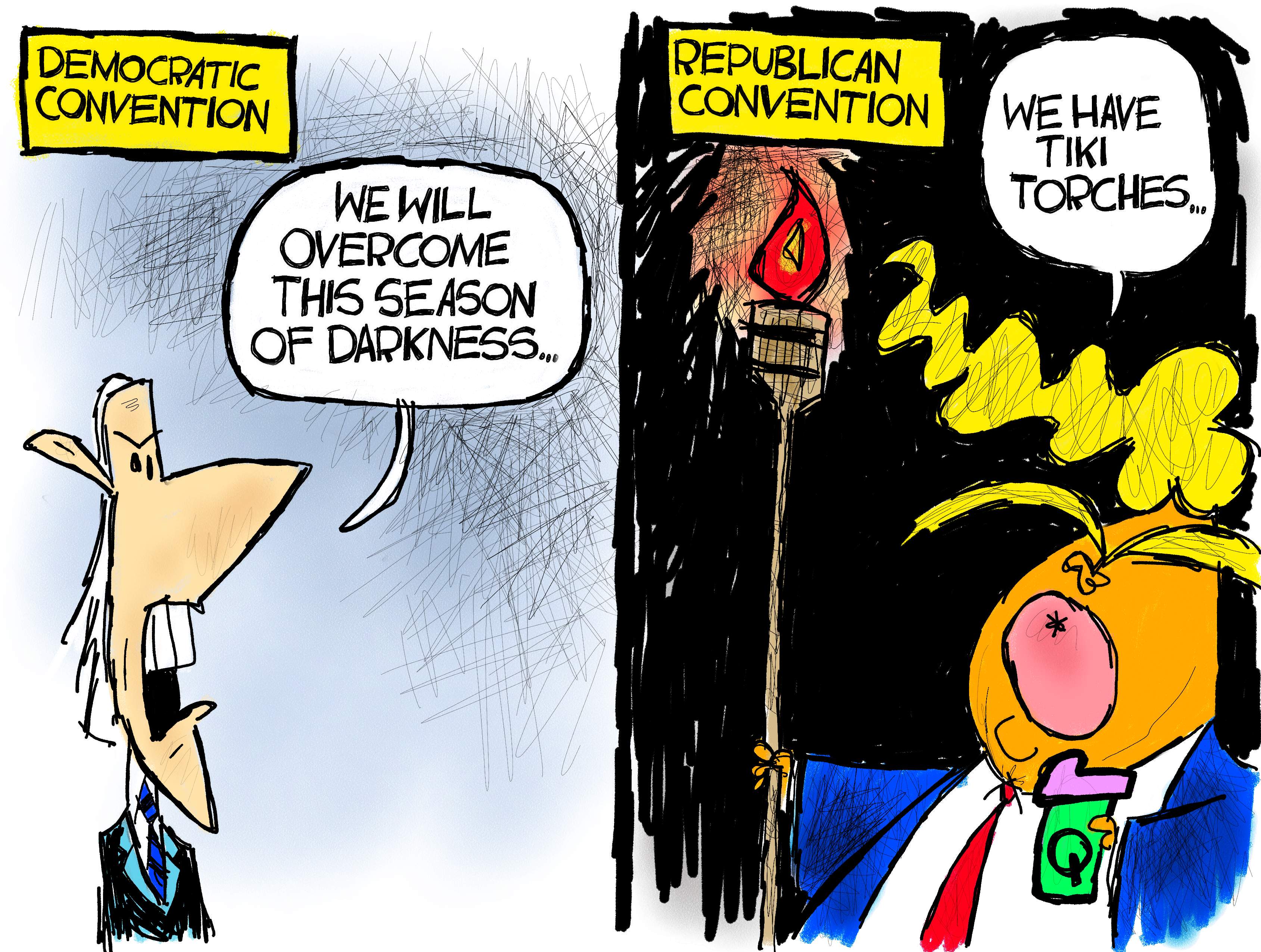 And it really pissed off Trump supporters. Hee Hee! 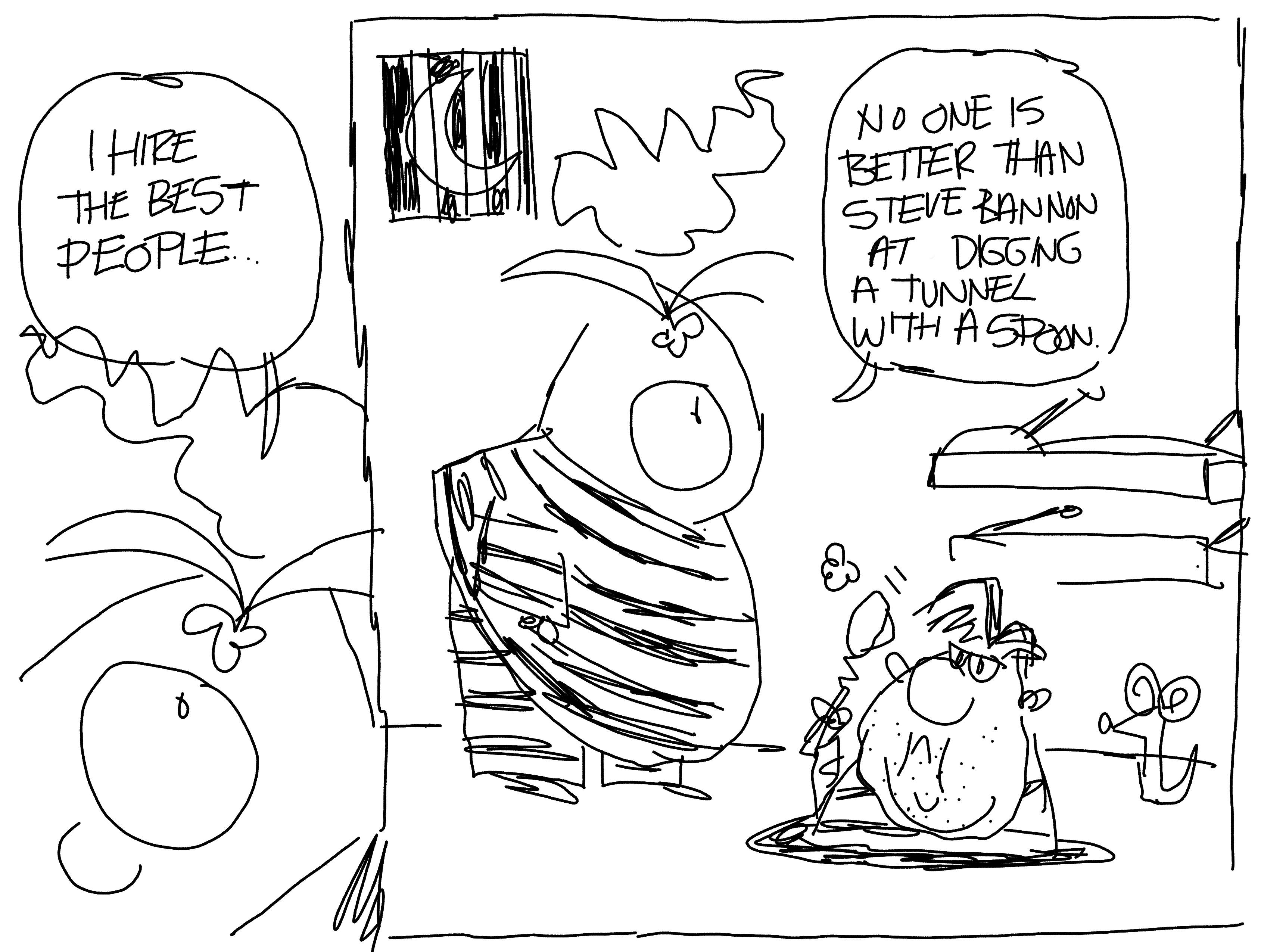 I had to draw Steve Bannon. 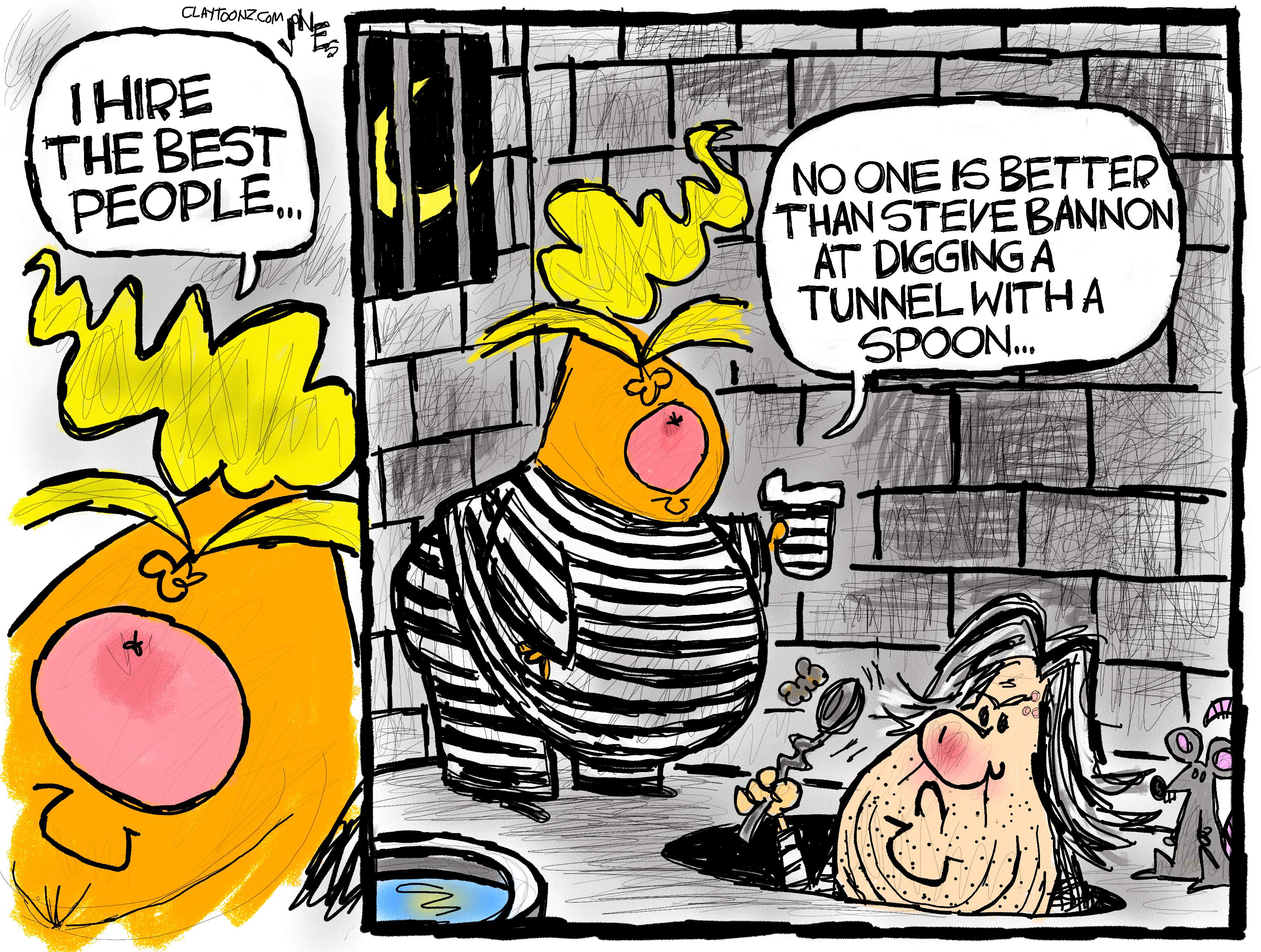 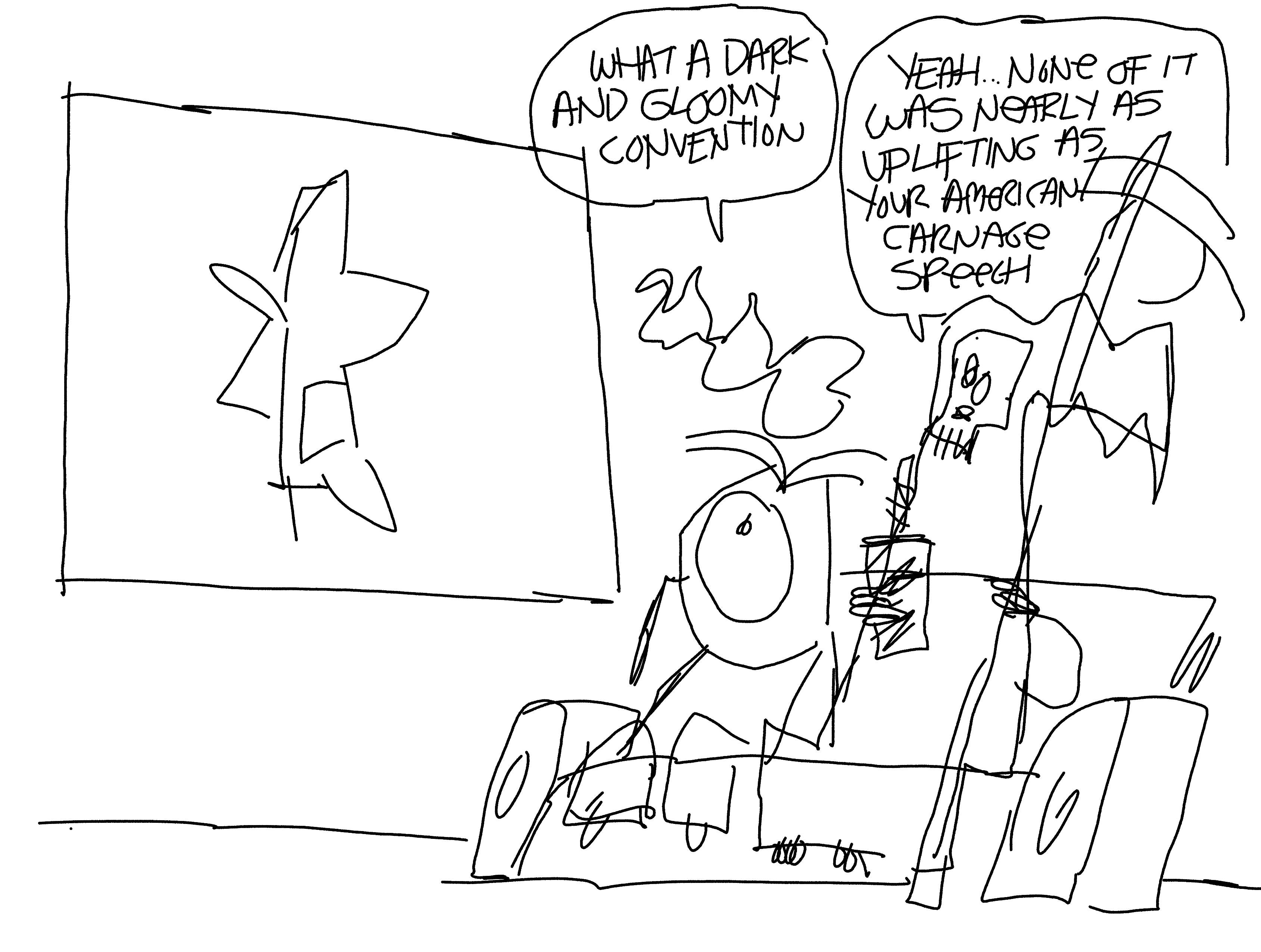 I liked this one but it wasn’t really good enough.

The Angel of Death show up in a couple of roughs here. I kinda liked this one too, probably because I used “Debbie Downer.” 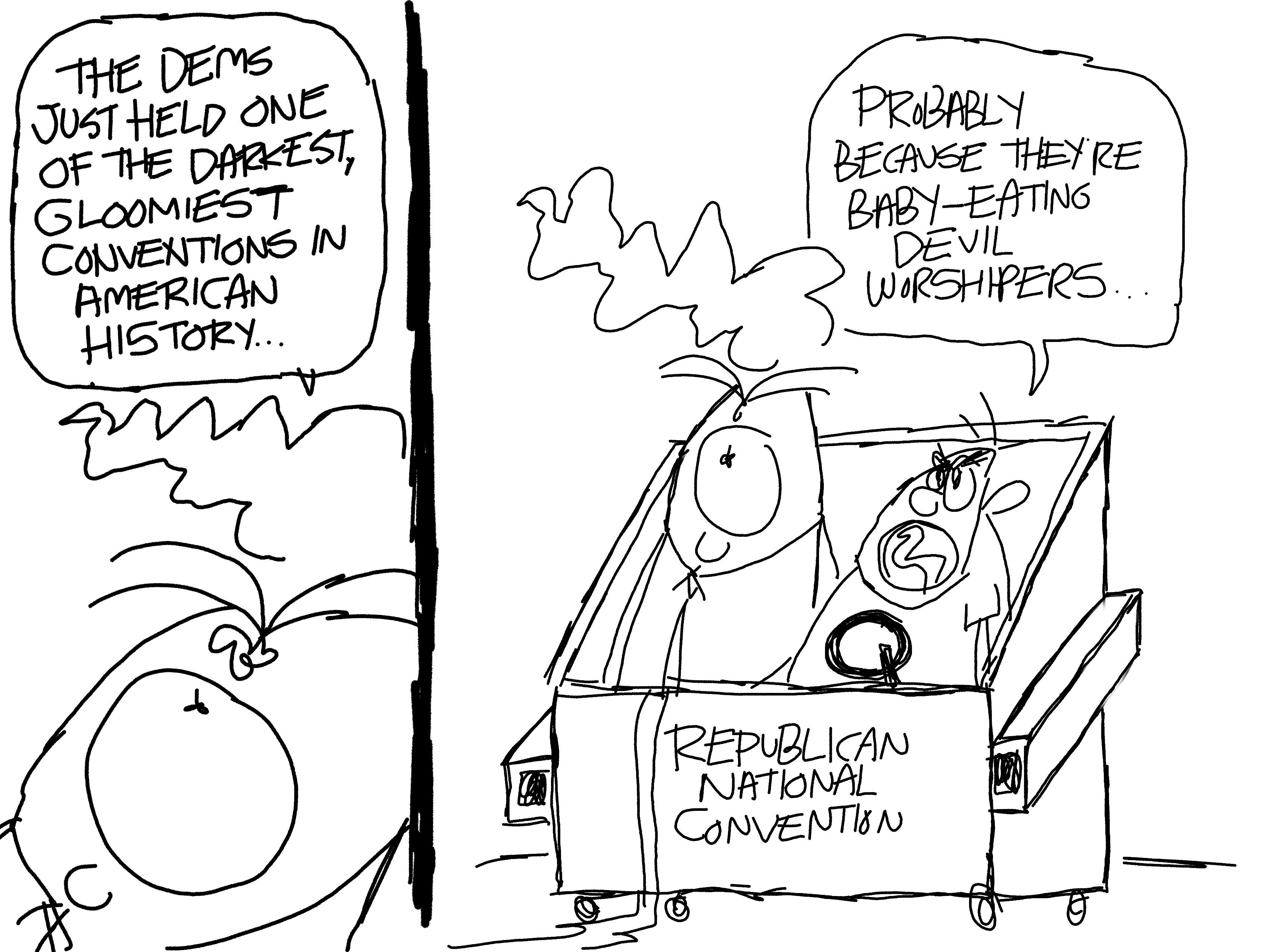 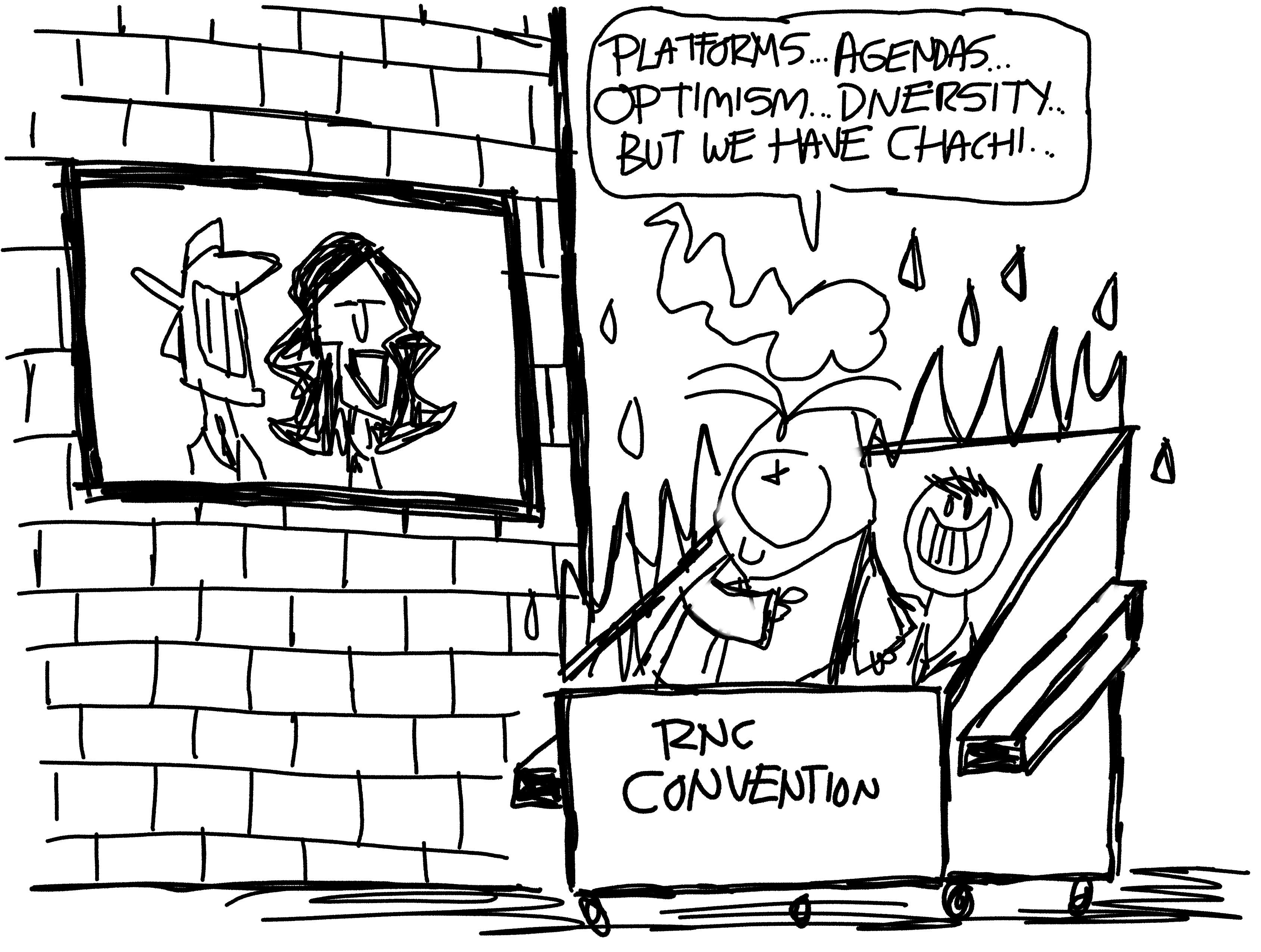 The Q dumpster was better. 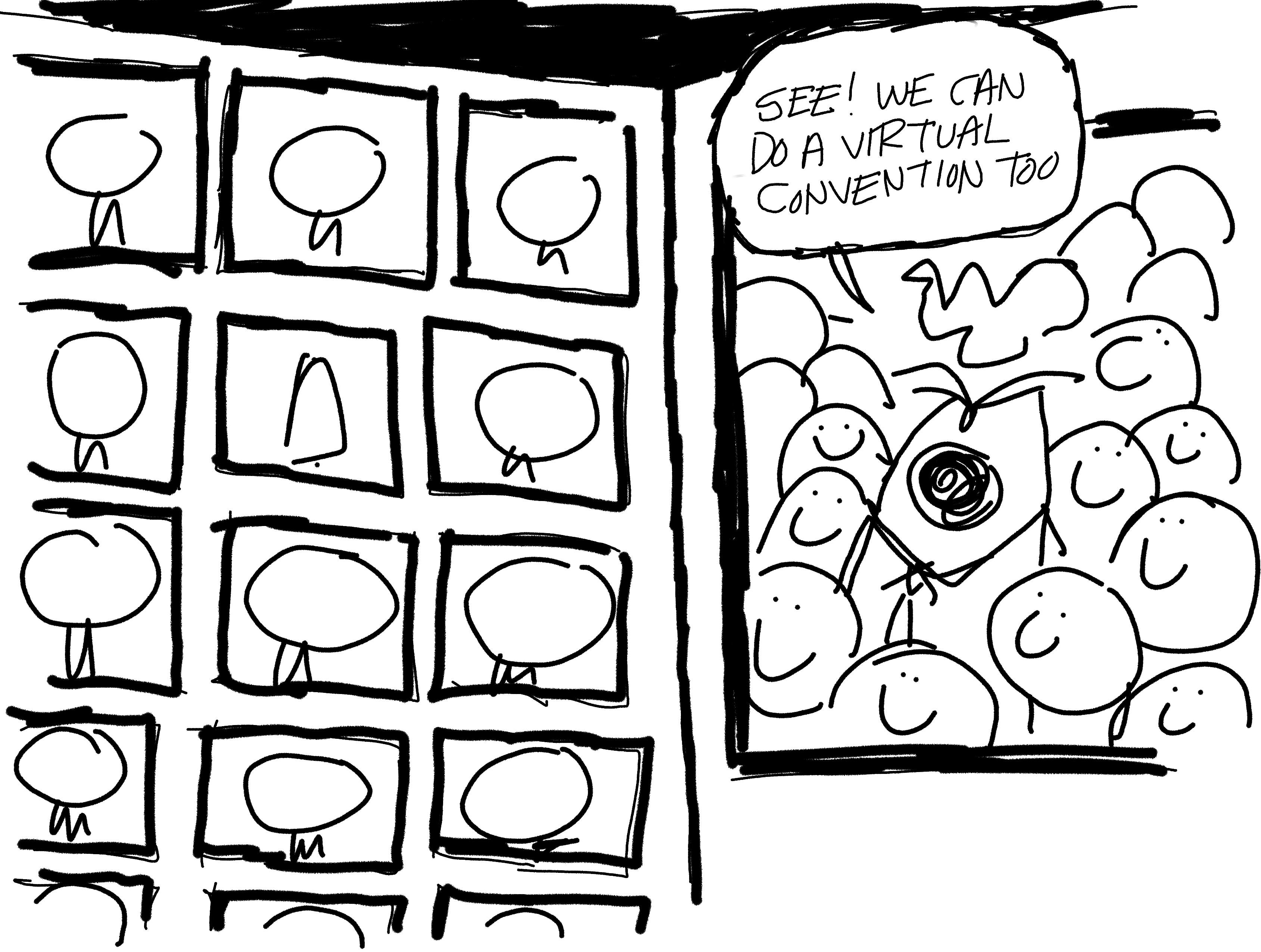 See, the idea here is…the Democrats went virtual in order to social distance. The Republicans didn’t. And, they didn’t. But, this cartoon stinks because I had to explain to you. 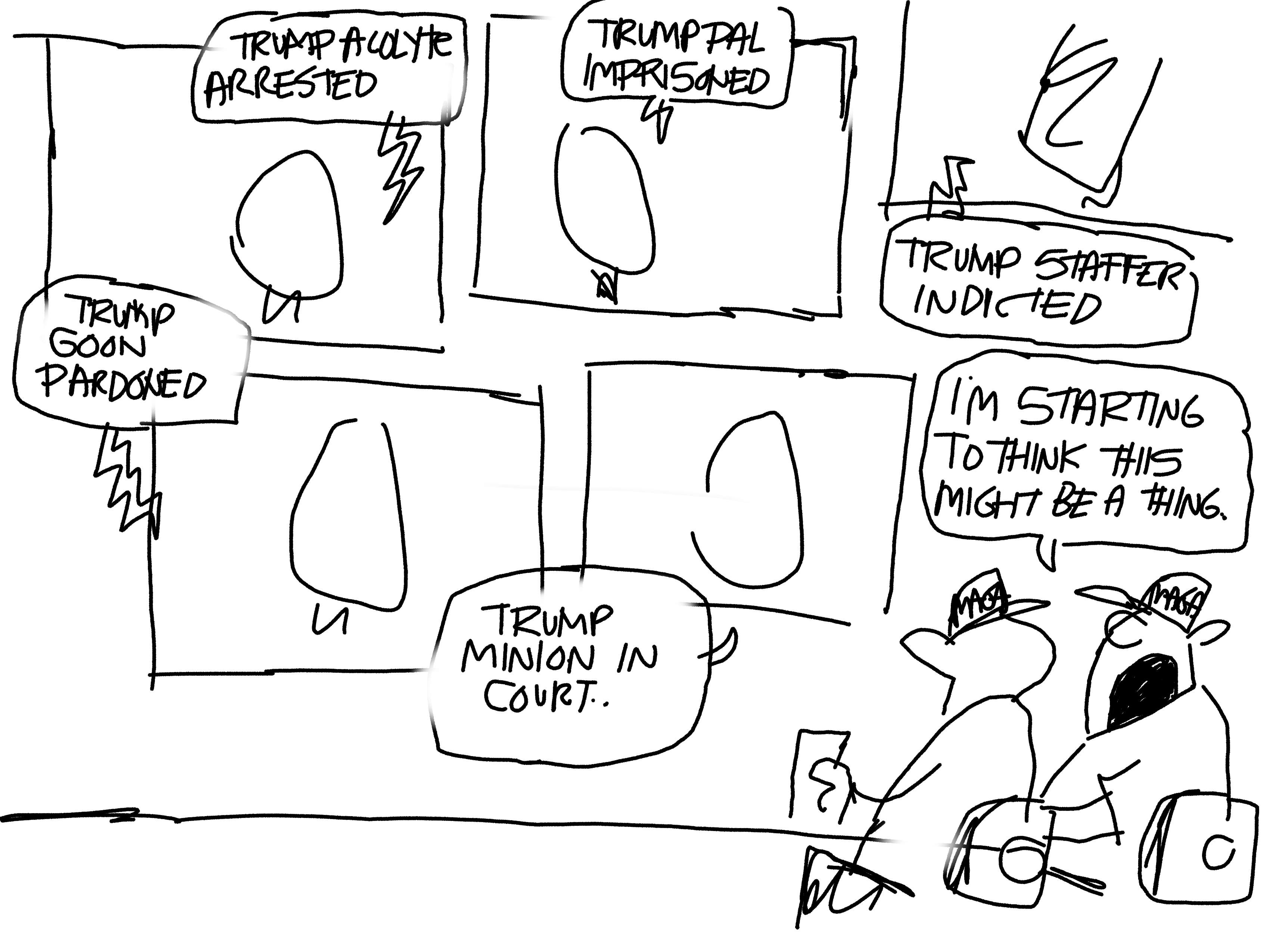 I almost drew this cartoon. I liked it. 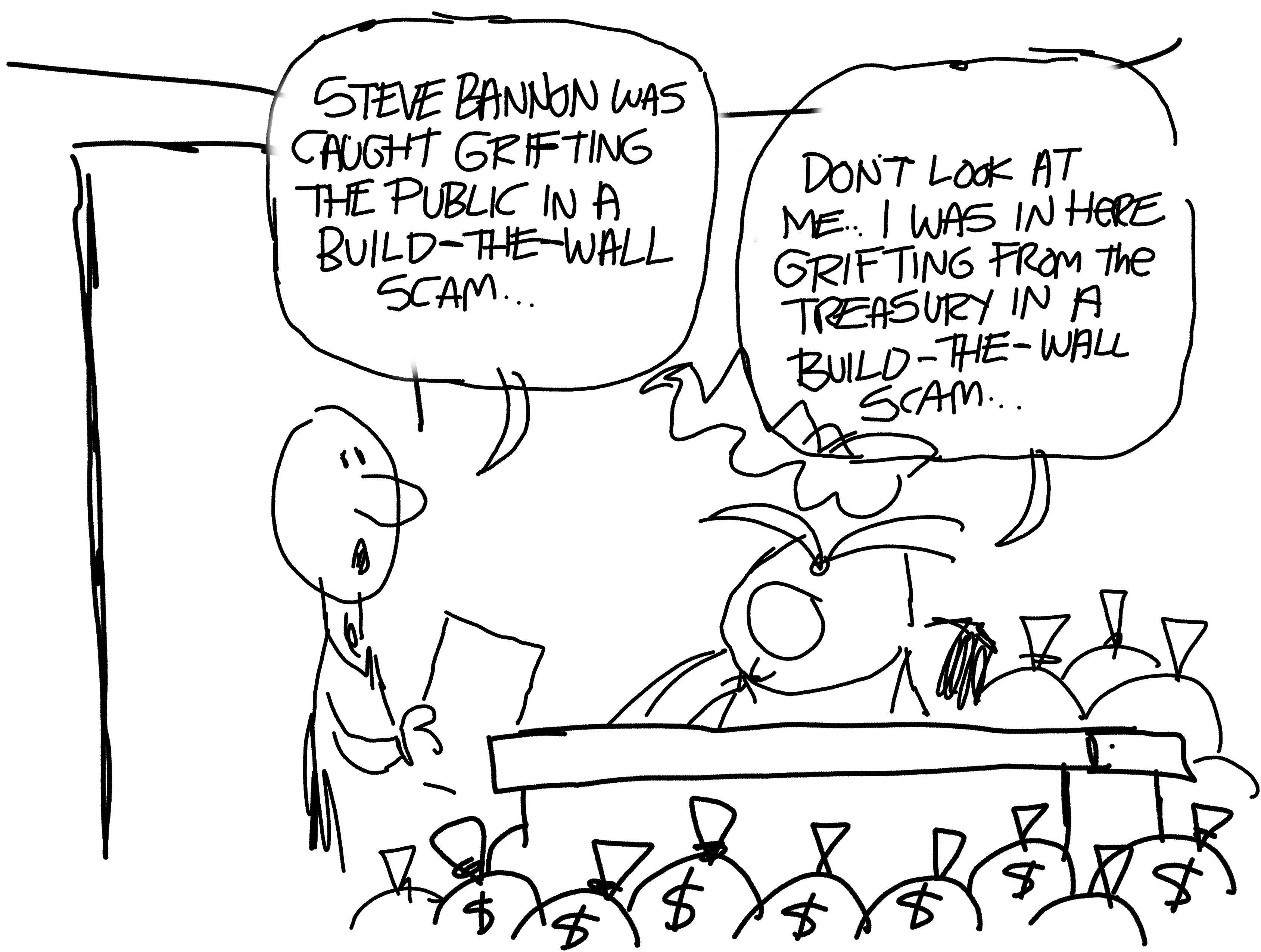 I almost drew this one too except there was one problem with it. No caricature of Steve Bannon. I HAD to draw Steve Bannon. 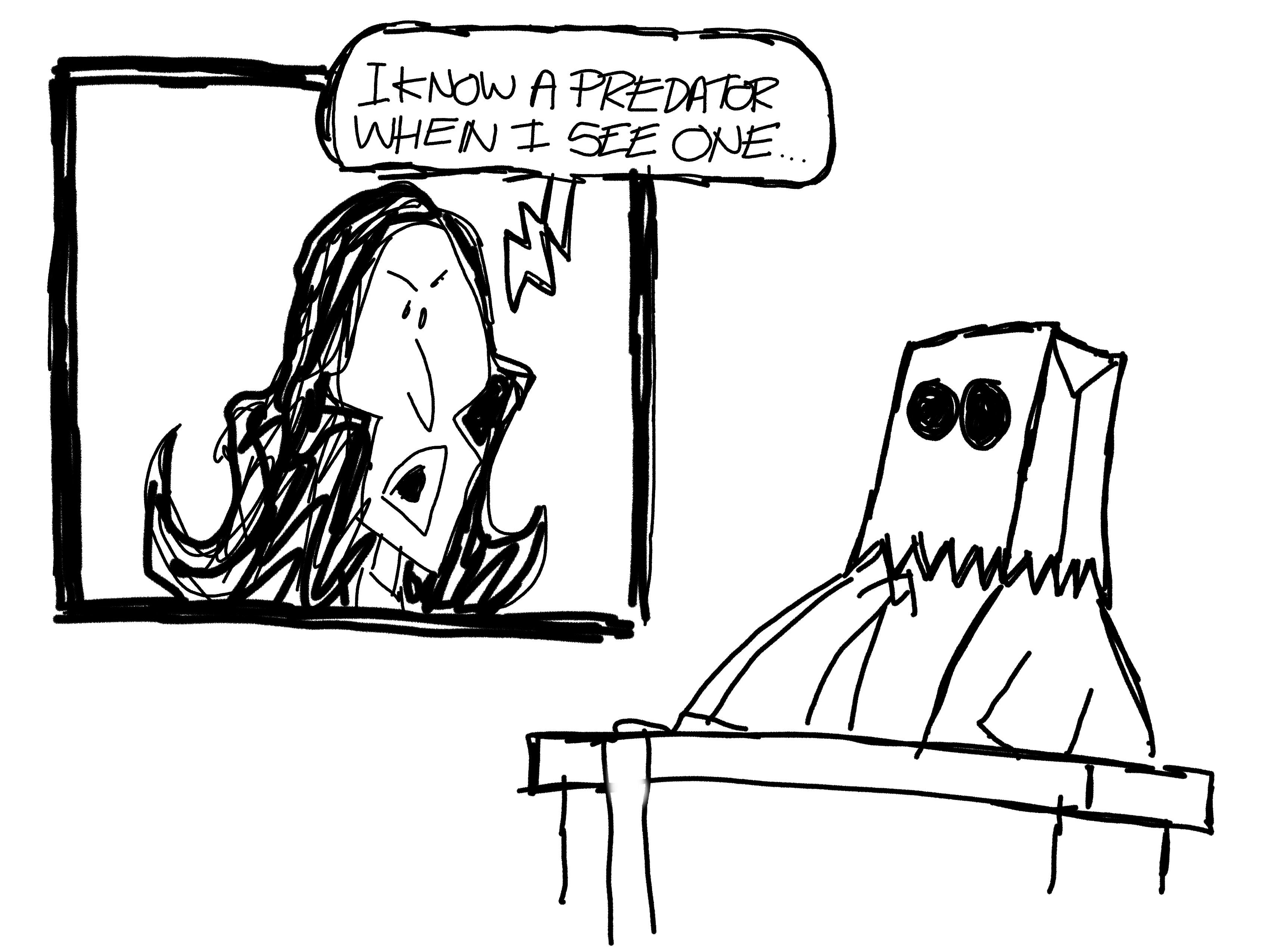 He is a creeper. 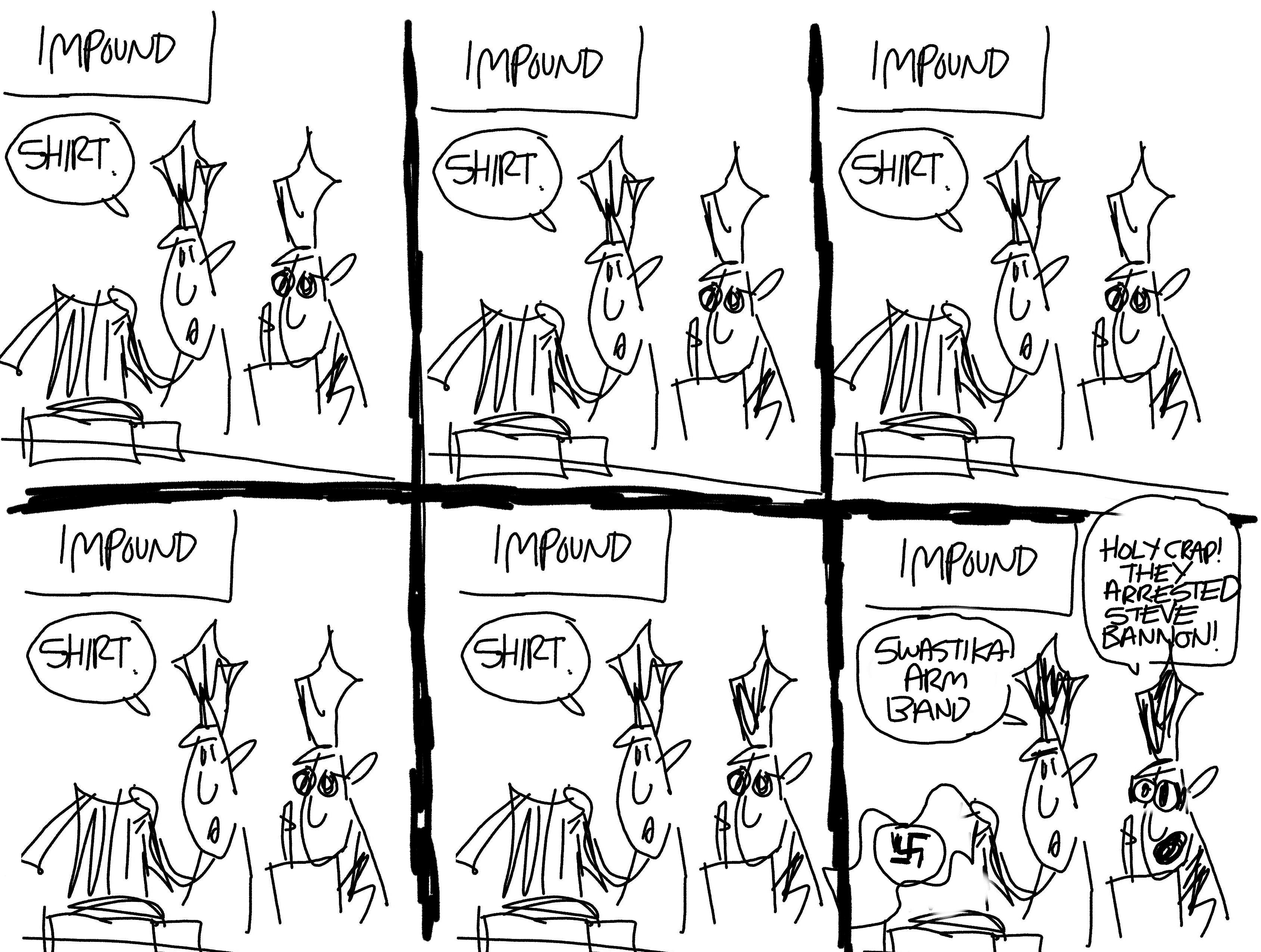 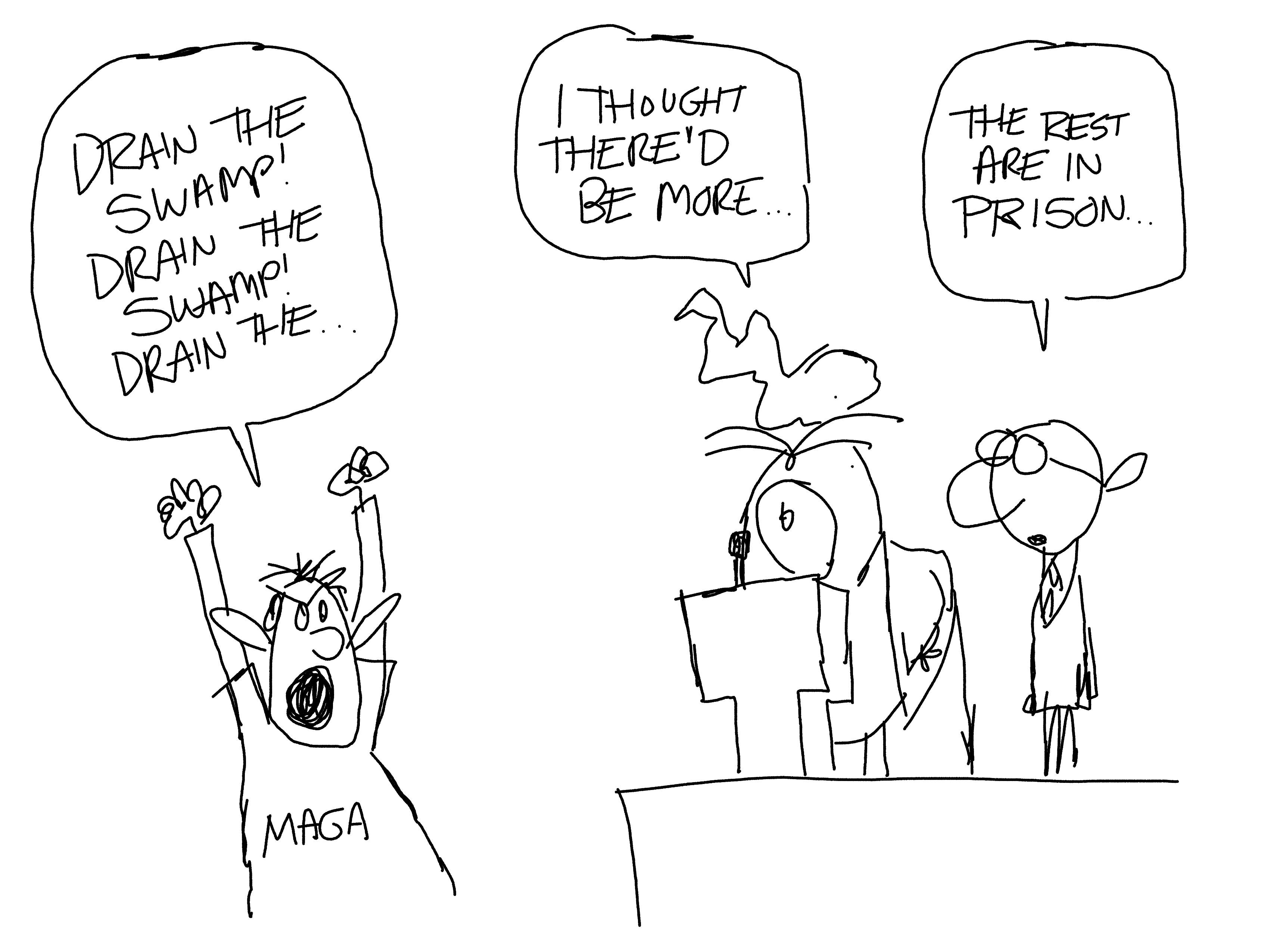 See? Because everyone Donald Trump associates with is a bad guy. HAHAHAHAHAHA!!!! I wanna so do that on the cartoons of conservative cartoonists. 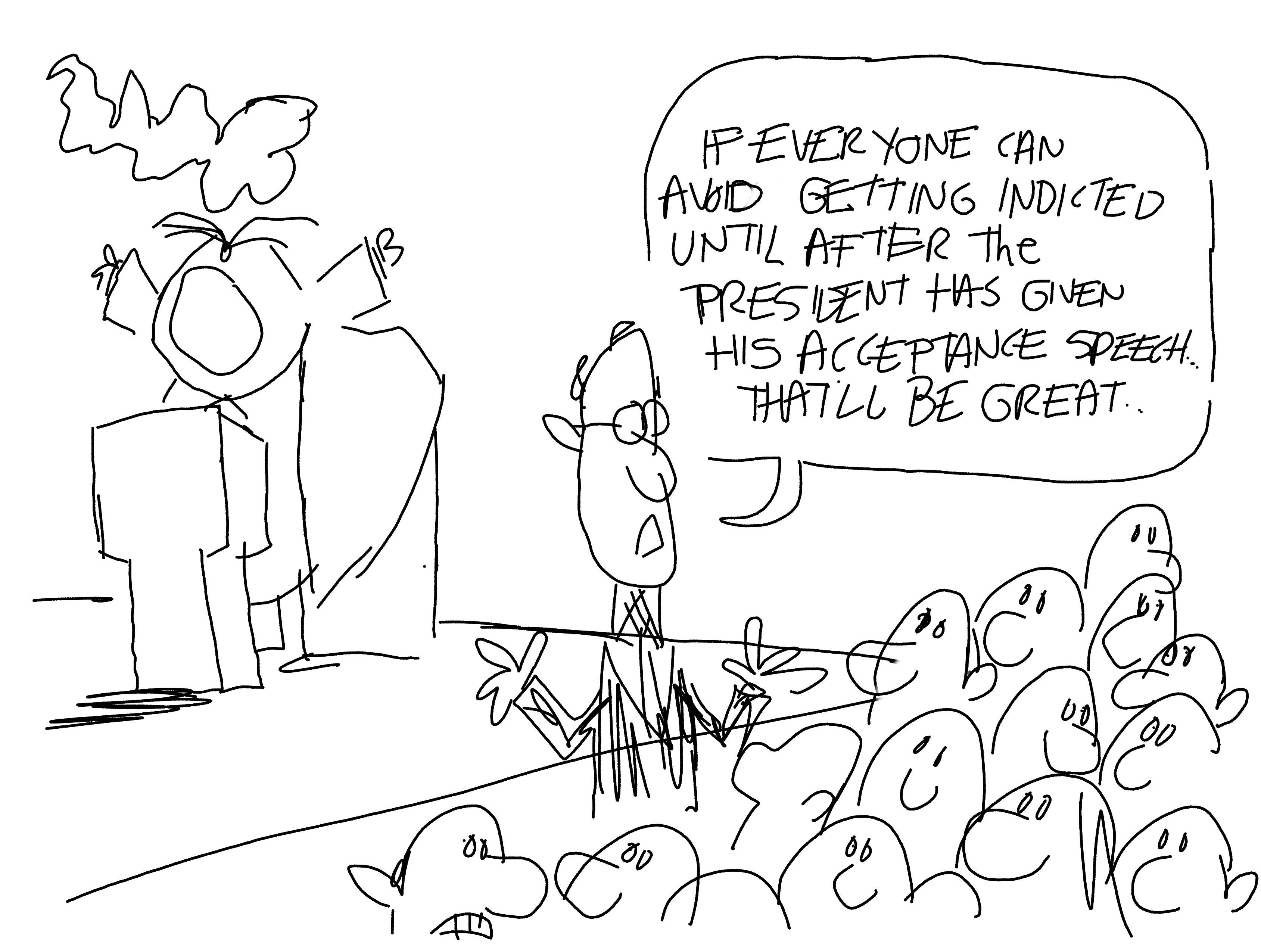 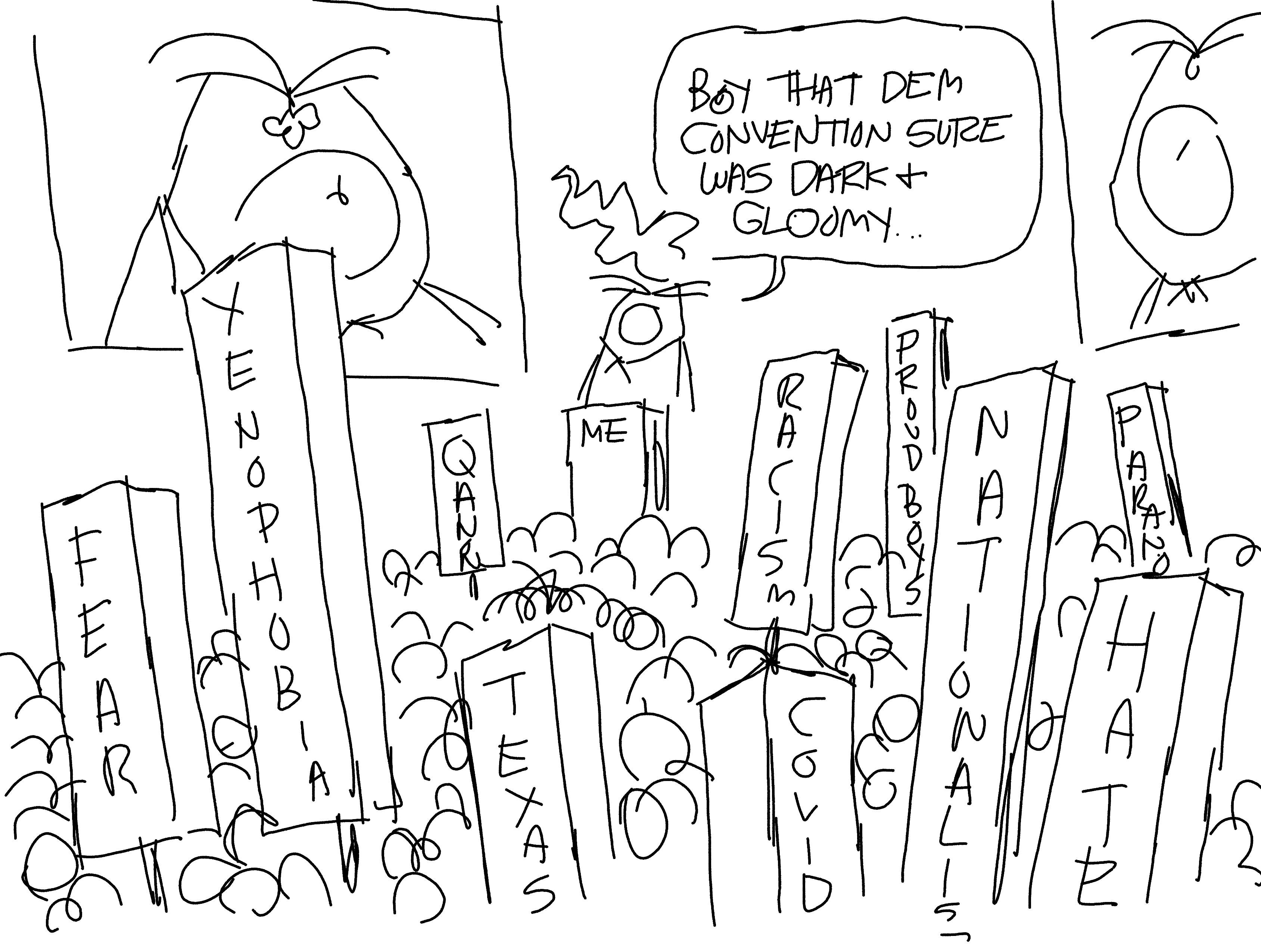 This was my first version of the convention and signs thing. I like the image of this one better but the point in the published one was stronger.

What are your faves?