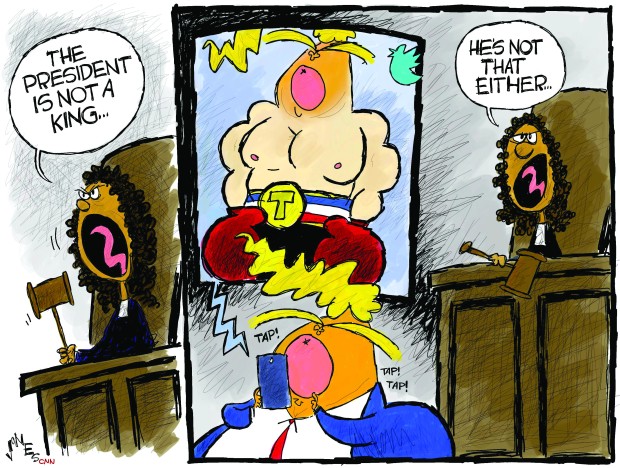 I saw someone else make the argument of just how weird this is by comparing it to if Hillary Clinton had done it. Can you imagine the extent to which Republicans would have lost their shit if Clinton had put her head on some 1980s supermodel? We’re all going to forget that Donald Trump tweeted a photo of his stupid head on Sylvester Stallone’s body, without any context. But if Hillary Clinton had tweeted a photo of her head on the body of Cindy Crawford, we’d never forget it.

Right now, my cartoon may be the only one on the subject. If Clinton had done this, there’s be about 47 cartoons on it.

Donald Trump actually did it. It was just a Wednesday.