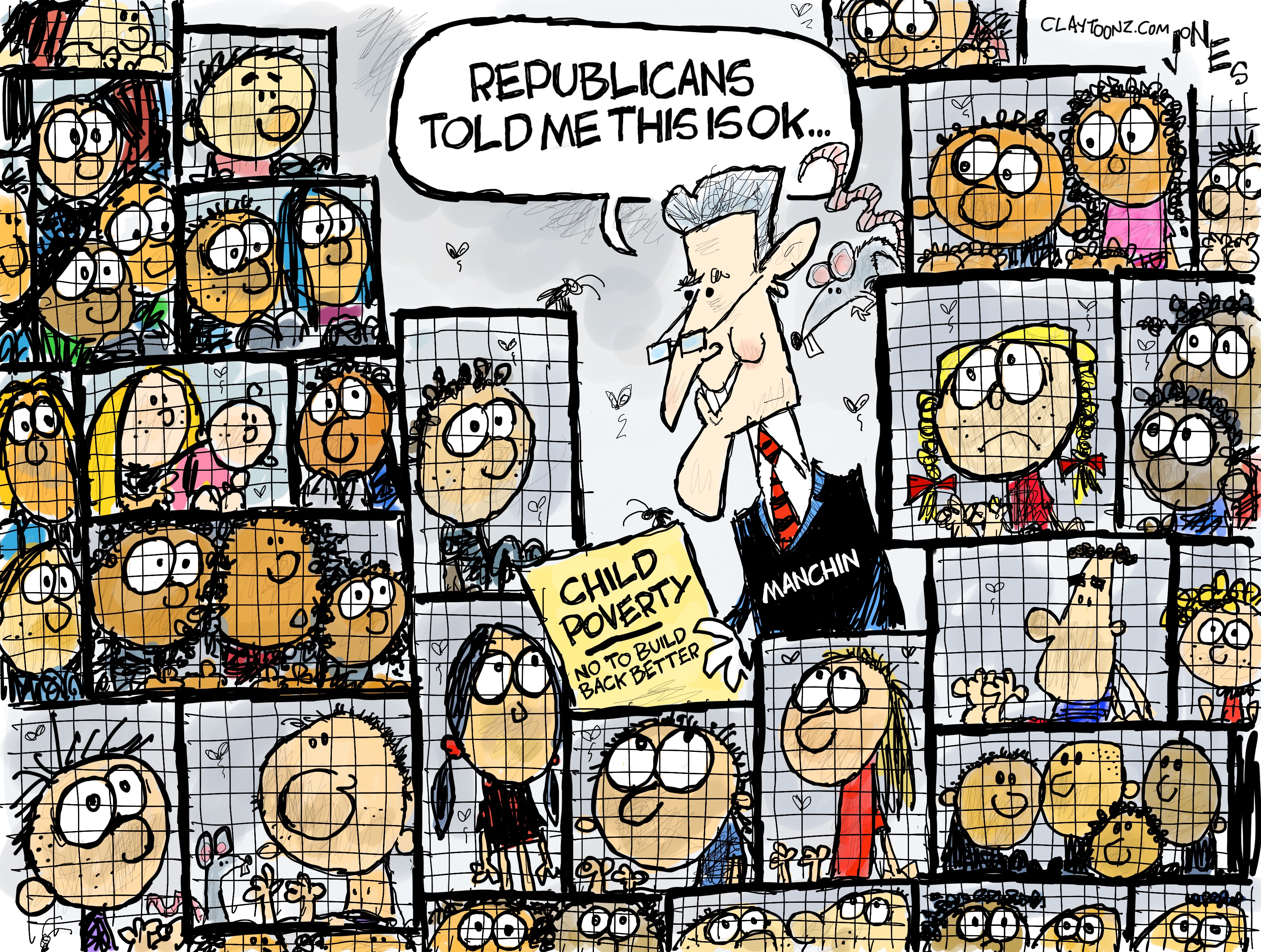 Manchin says he can’t support the bill because of inflation, rising debt and a mismatch between the package’s 10-year funding and its shorter-term programs. The bill doesn’t have anything to do with inflation or the rising debt. It’s to be paid over ten years, by taking away “some” of the tax cuts Trump gave to billionaires, with many of the programs lasting beyond a decade. Manchin, just like his nimrod Democratic colleague in the Senate, Kyrsten Sinema, is saying no just because they like to say “no.” It gives them power and attention. They also get to play footsie with Republicans across the aisle which is just icky.

Joe Manchin played footsie with the Fox News fuckers on Sunday morning, where they like to aid and defend white nationalist terrorists, to announce his no vote. Manchin said, ““If I can’t go home and explain to the people of West Virginia, I can’t vote for it. And I cannot vote to continue with this piece of legislation. I just can’t. I’ve tried everything humanly possible. I can’t get there. This is a no on this piece of legislation. I have tried everything I know to do.”

Tell you what, Joe Manchin. You go home and explain to your constituents, those 181,000 poor families, that they won’t be receiving their $446 montly checks anymore, that reach over 305,000 children, because you’re worried about putting too much burden on billionaires.

You go back to West Virginia, Joe Manchin, and tell those 50,000 children that slip into poverty because of your no vote that it’s justified because it got you on Fox News on a Sunday morning.

Manchin voted against Trump’s tax cuts for the rich but he’s now defending them. By voting to keep children in poverty, Manchin may as well be helping Trump put babies back into cages.

Music note: I listened to Temple of the Dog, and Them Crooked Vultures.