Kids, it’s time to gather ’round and check out some roughs from the week before. These were all drawn before the elections in New Jersey and Virginia. Ugh. I hate having to remember.

This idea was OK, but I knew there was a better way to convey the idea. Also, I was starting to get tired of pumpkins. 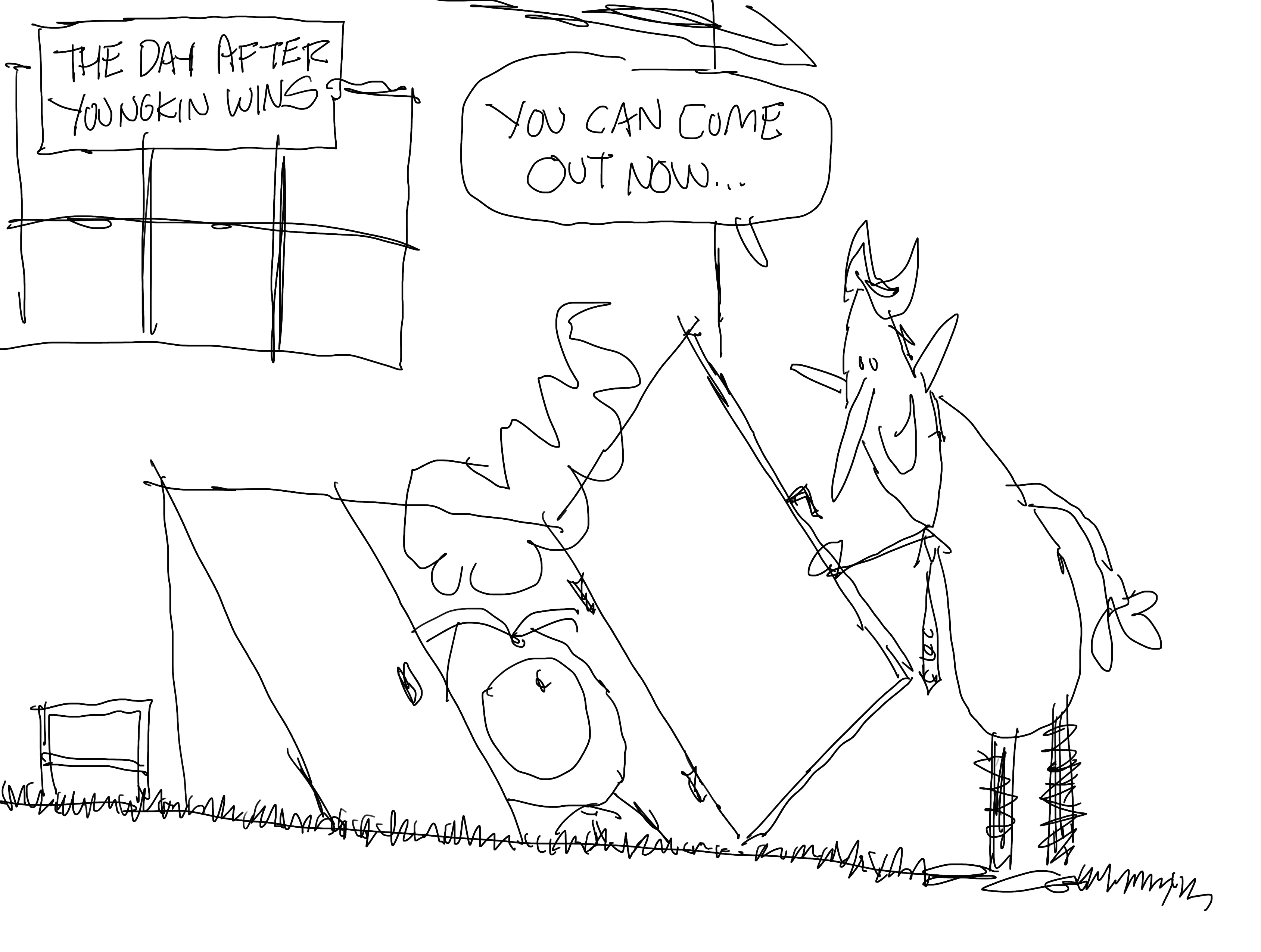 So, Ted Cruz is defending Nazis now. Why? Because he’s a Republican and that’s what they do now. Republicans defend Nazis. Look at Virginia’s new governor (ugh). He can’t condemn the Nazis that marched through Virginia. This guy’s about to take an oath to protect and defend his state but he can’t denounce Nazis who attack it. Oh, yeah. This cartoon didn’t work.

But I tried again with the concept. I was thinking how Ted Cruz defends Nazis but he can’t stand up for his wife. And when caught in trouble, he blames his daughters. I don’t think this idea worked that well though. By the way, Heidi is a German name. 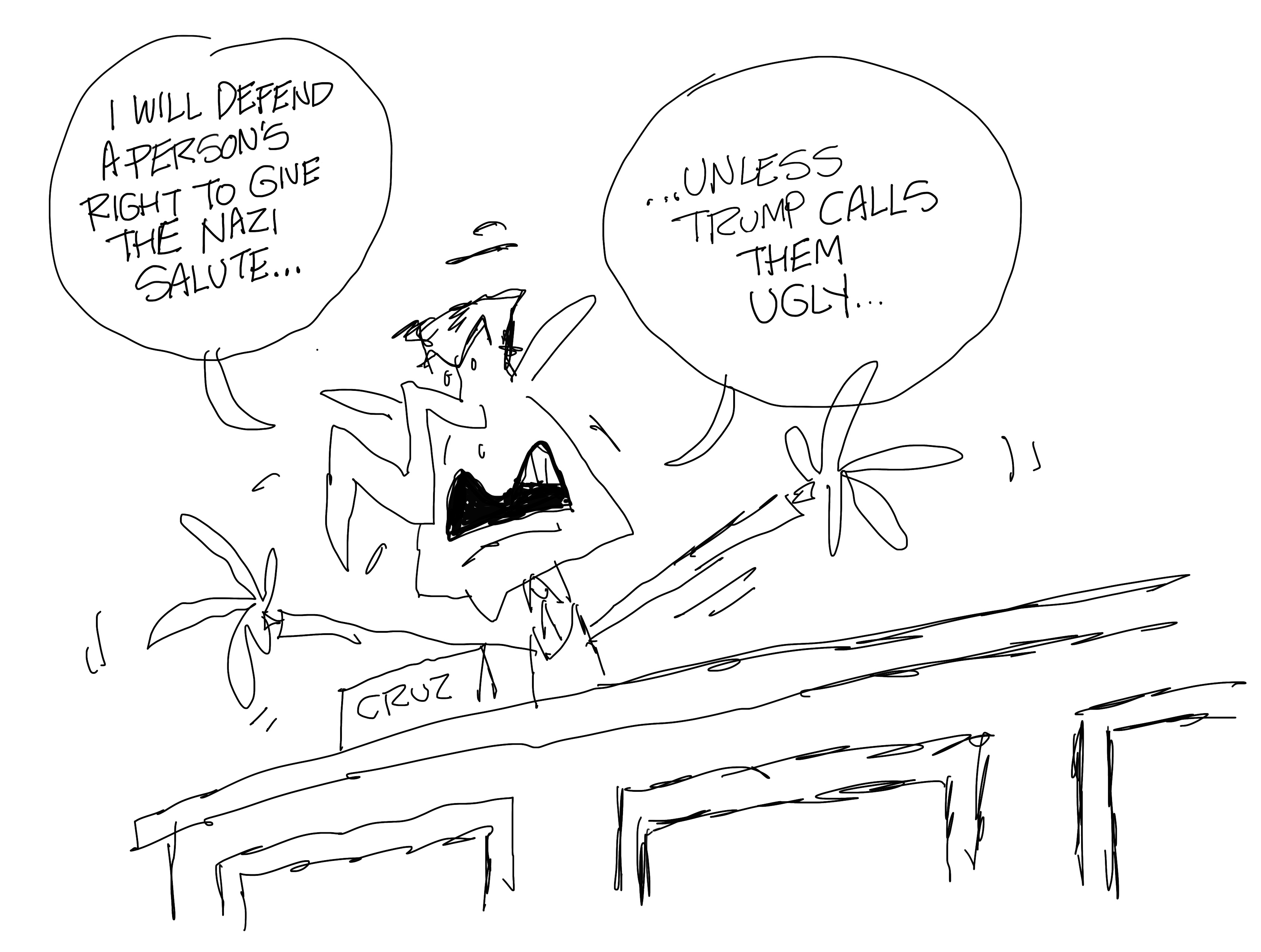 This one did become a finished cartoon and it was drawn for the CNN Opinion newsletter. 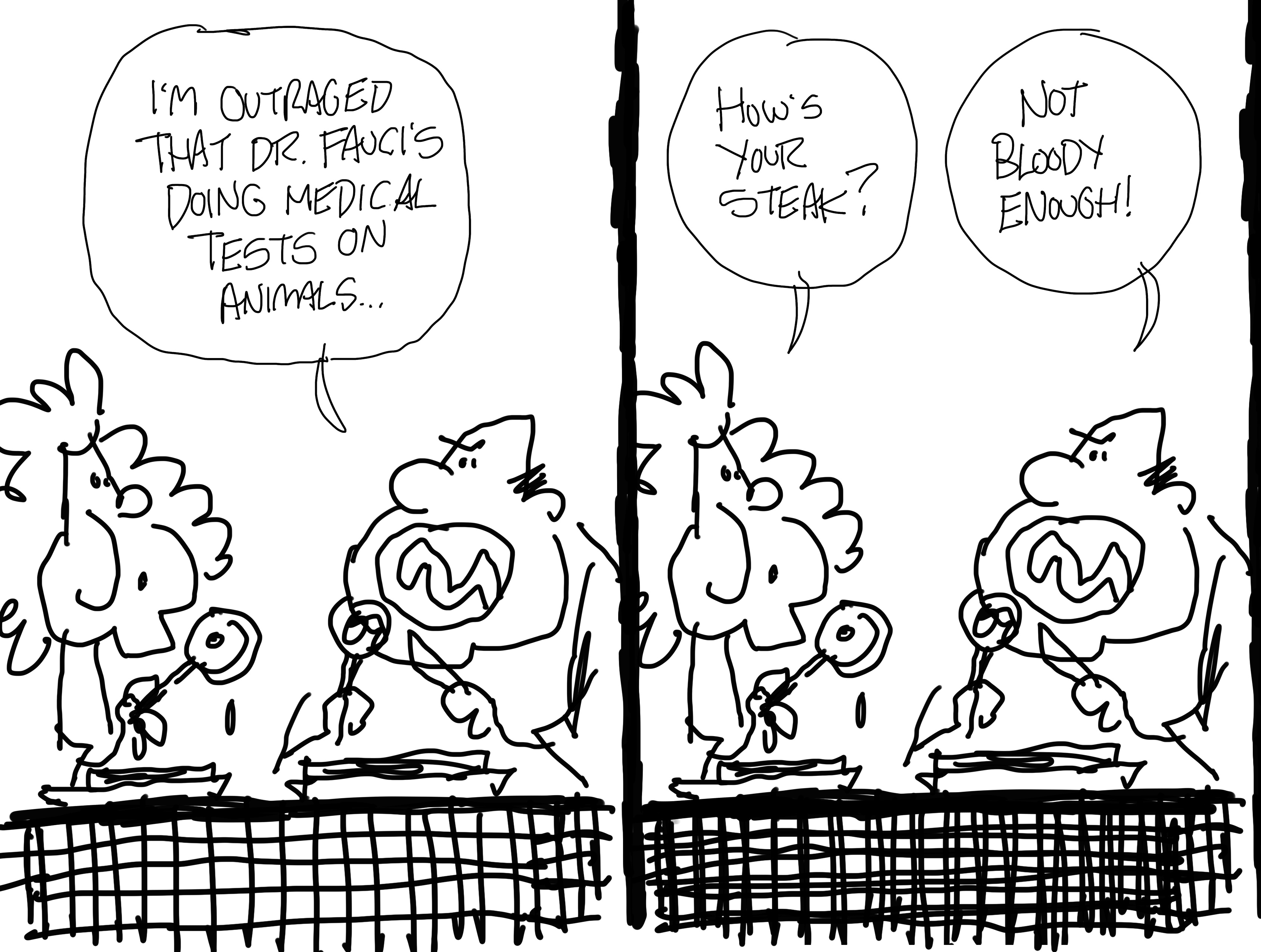 So, there was this story in the right-wing bubble about Dr. Anthony Fauci approving medical testing on beagles. Right-wingers were really outraged over this. They were spreading three different stories, one of which was not true, one was kinda sorta true, and the other one was absolutely true…but there was never any evidence that Fauci personally approved funding the tests. But the thing is, he didn’t do anything illegal. While it’s horrible to think of testing on animals, like cute sweet beagle puppies, where do you think we get everything medical, cosmetic, or on our plates?

If Dr. Fauci invented testing on animals, or it was illegal, or he gave contracts to companies he had investments in, then you’d have an outrage. What Dr. Fauci is guilty of is doing his job.

I asked a right-wing cartoonist who sometimes reads this blog and has a difficult time with reading comprehension if he is a vegetarian. He had done a cartoon going after Fauci for this and drew a dog looking for Fauci’s photo in a newspaper so he could pee on it. The Trumper cartoonist didn’t answer the vegetarian question but did deflect to attack me for attending a cartoonists party while not wearing a face mask, although the party had a vaccine mandate. Somehow, I’m a hypocrite for advocating following CDC guidelines. Maybe I have a comprehension issue with conservative logic. So, asked again if he’s a vegetarian or if the 62-year-old Trumper was confident the highlights in his hair were never tested on animals. Somewhere, a pig is looking fabulous. But my point is, don’t pretend you care about animals if you’re eating bacon cheeseburgers.

The thing is, none of these fuckers (sorry, Mr. Let’s Go Brandon really hates profanity) care about animals and only use them to enact vengeance on Fauci for contradicting Trump’s politicization of the coronavirus.

There were two reasons I didn’t do this cartoon. The first was, it got passed over for other issues we should be concerned about. The second is that it’s just a right-wing talking point. Every conservative fucknut cartoonist did a toon on it, and I’m sure it’s big with the Tucker Jeaninne Pierro crowd, but people who watch actual news shows instead of propaganda outlets probably wouldn’t know what I was talking about. 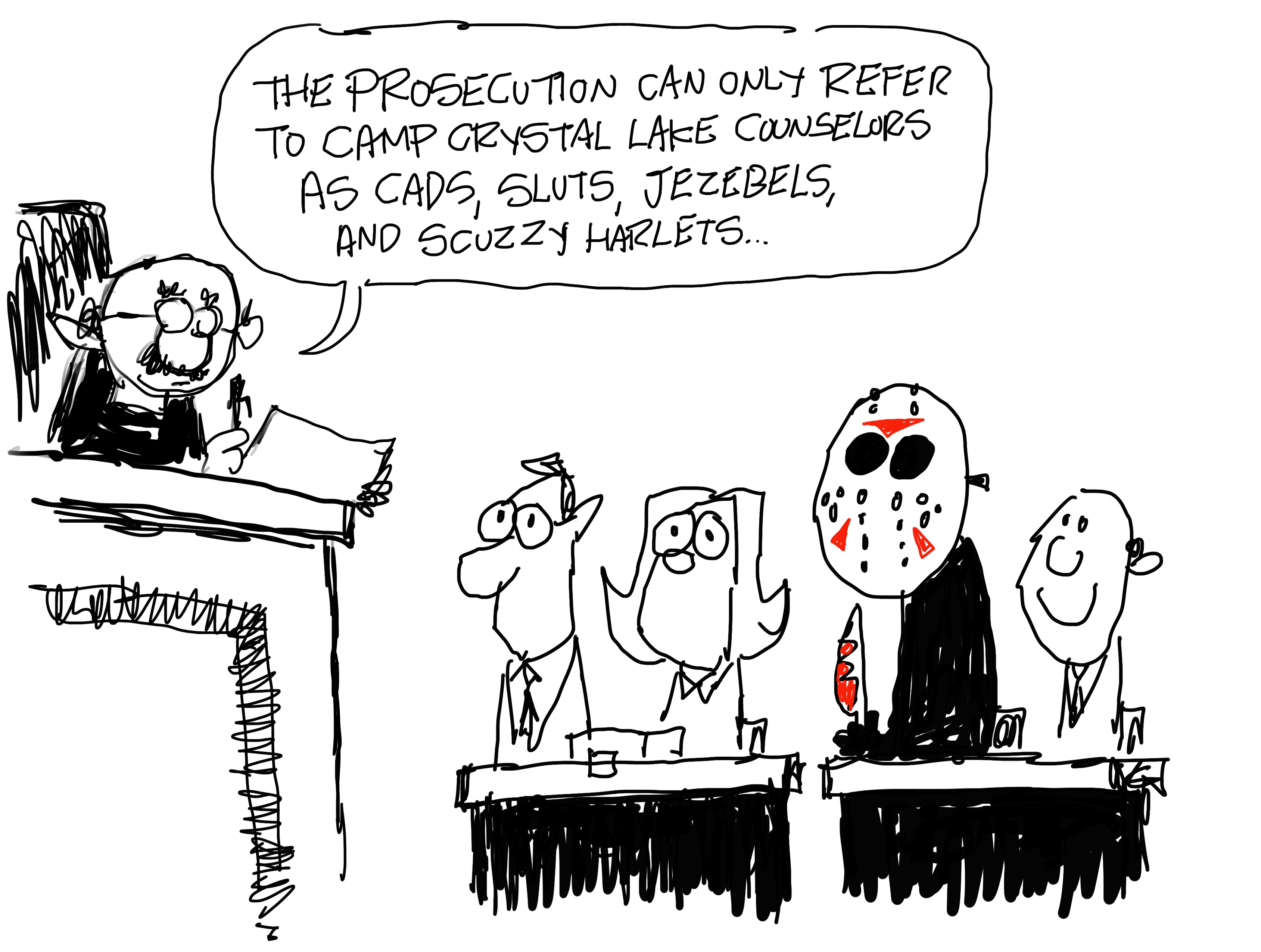 This became an official cartoon and I got an email from a fellow cartoonist over it. The email was from a fellow liberal who has won every single cartoon award in this country except the Herblock (I can recall this because he once pointed it out to me as the only award escaping him). He emailed to give me a huge compliment on this toon. I was surprised and really touched. Thank you.

Which of these are your favorites?