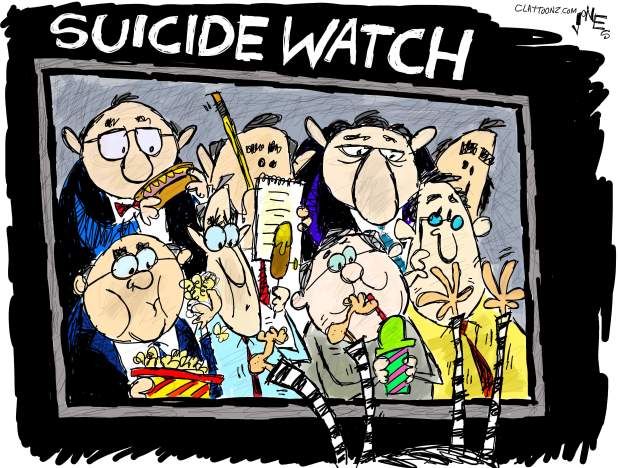 A suicide watch is meant to prevent a prisoner from taking his own life, not just to observe it, right?

Pedophile Jeffrey Epstein, who was being held in the Metropolitical Correctional Center while facing federal sex trafficking charges killed himself by hanging himself Saturday morning. He was placed on suicide watch three weeks ago after he was found unresponsive in his cell at the federal prison, with marks on his neck that appeared to be self-inflicted.

The federal facility that held him is responsible for his death and they have a lot of explaining to do. How do you not keep an eye on a guy who had attempted suicide less than three weeks ago? This isn’t justice for Epstein or his victims.

Epstein should have been forced to stand trial, not allowed to decide his own fate by suicide.