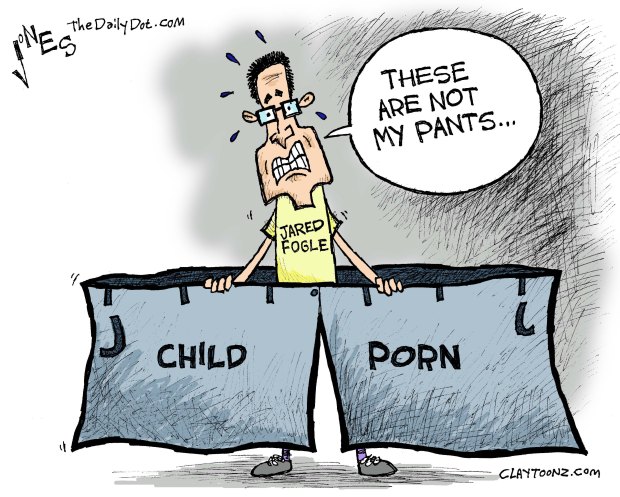 This week’s cartoon for The Daily Dot.

My first idea was Subway losing 200 lbs….by dropping Fogle as a spokesman. Eh. I didn’t even make a draft of that one.

By the way: This doesn’t have anything to do with the issue, but did you notice that Jared may be straying from the Subway diet? The video footage of his home being raided showed Fogle outside and the man was sporting some pretty hefty man boobs.

Here’s the rough, though it wasn’t the original angle I was going with.

This was the first concept. Right as I was emailing it to my editor I realized it would be funnier if Jared was actually wearing the pants.