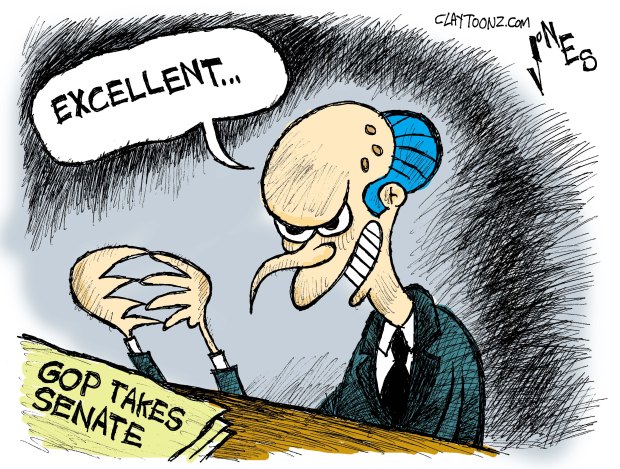 I was at dinner with a few friends and the entire time my mind was working thinking of my next cartoon. I knew I had a deadline.

So while my pals are talking I’m drawing on napkins while trying not to get sweet tea and lasagna on the drawings. My first idea was to draw Darth Vader in the window of the Death Star saying with this dame headline with Darth saying “yay.” I was going to draw tie fighters and stars outside the Death Star and it would have made a better drawing. My second idea was something very nasty that wouldn’t escape any newspaper censors so I went with my third idea. Mr. Burns. I thought Mr. Burns would deliver the point home better. Mr. Burns is more fun for me to draw and I’m on on a Simpsons kick anyway. I left my TV on FXX for 12 days during that entire “Every Simpsons Ever” marathon. That’s good stuff. Mr. Burns is also a figure I think everyone with a pulse will recognize as pure Big Business Republican evil. He fits the bill.

Anyway, yeah the bad guys won. It’s amazing a party can be rewarded for being sexist, racist and stupid all while having a resume from the past four years of doing nothing except trying to sabotage the economy, destroy and shut down the government and very openly describe an agenda of bringing down a president just because they’re poor losers and they don’t like him.

So here’s your cartoon on that.

As a bonus, here’s that lasagna free rough drawn in a restaurant on a napkin. 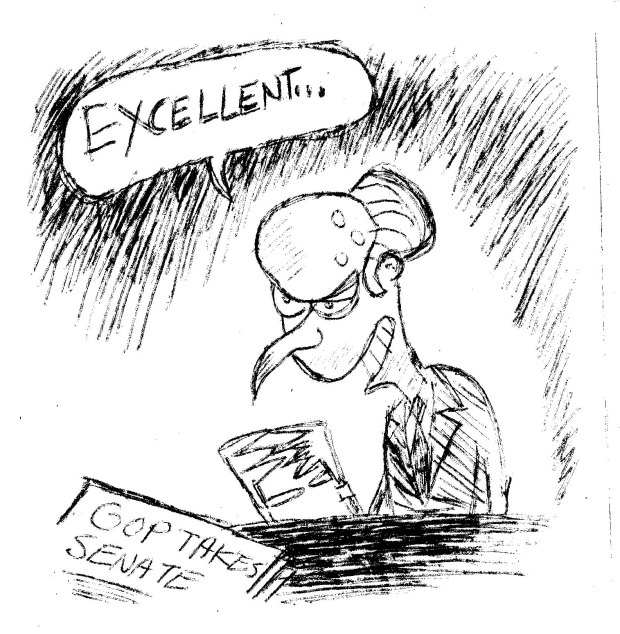