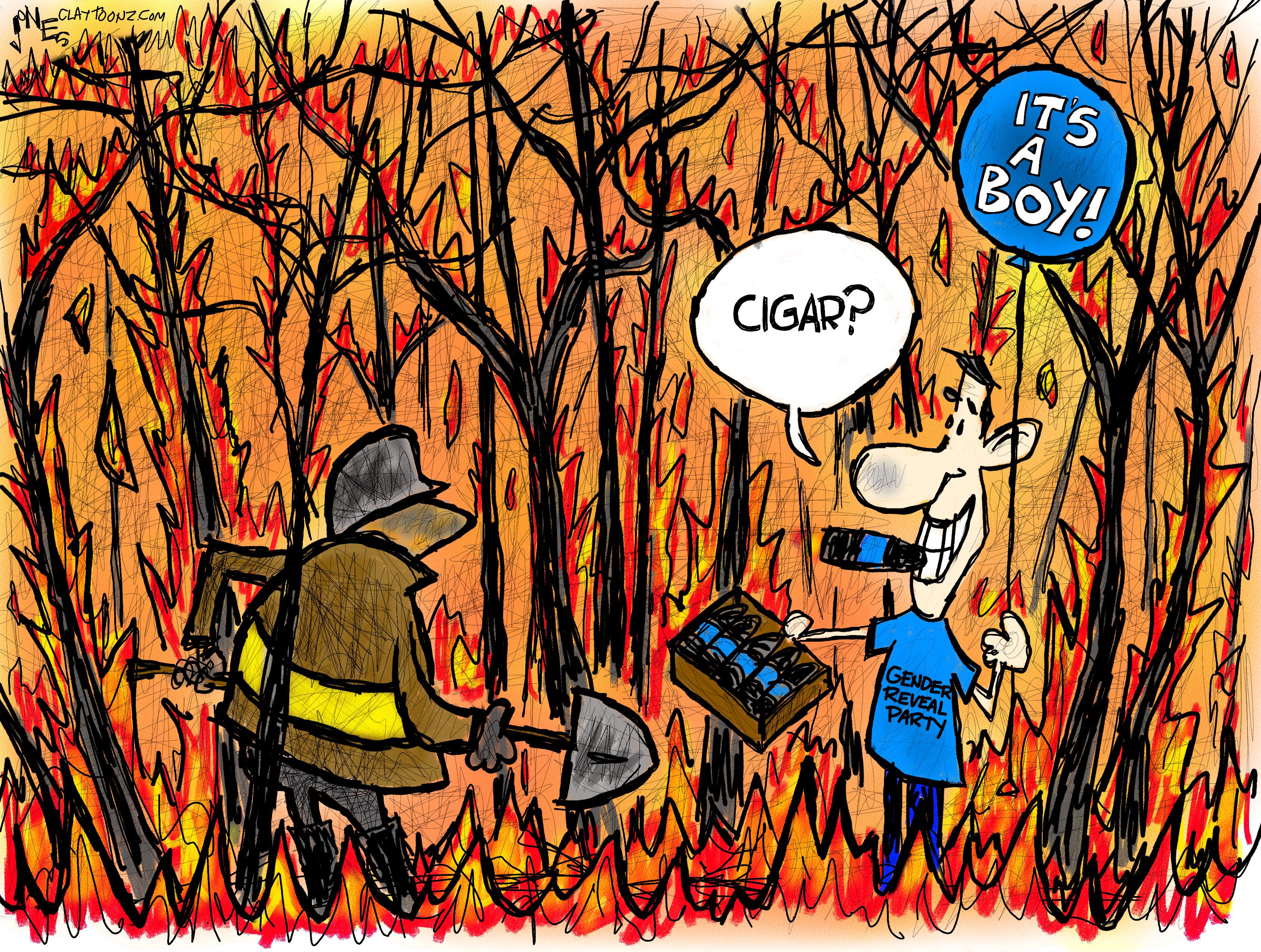 This is the first I’ve heard of gender reveal parties, unless I heard of them a while back and forgot which is entirely possible. Are you like me in that upon hearing about it, you wonder if it’s actually how it sounds?

At first, I was wondering if maybe it was a party where you invite friends and family who don’t know it’s a gender reveal party. And then, after everyone’s arrived and a had a few drinks, you reveal you have a new gender and everyone goes home feeling awkward. I’d like to go to that party.

But no. It’s something that started off pretty innocent over a decade ago. And of course, it didn’t start off as exciting and potentially dangerous as I imagined. Hell, they’re not even supposed to be political. It’s just a party where an expecting couple reveal the gender of their baby.

And it did start off innocently. Usually it was done with a cake and when it’s cut into, the color inside the cake, pink or blue, reveals the sex of your upcoming baby. Of course, the people throwing the party already know the sex when they order the cake. The cake isn’t psychic.

By the way, there are currently over 80 wildfires burning in the western United States.

In 2017, one of these parties created a wildfire that destroyed over 47,000 acres in Arizona. How? The party goers shot at targets with “boy” and “girl” written on them. I don’t get it either. Maybe you have to have a gun fetish to understand that one.

The Arizona party had a target packed with explosives. When hit, it was supposed to emit a cloud of blue smoke (in case you’re a Republican, blue is for boy). Instead, it started a raging wildfire and the party throwers had to pay $8 million in restitution. Have fun explaining to Junior why he doesn’t have a college fund.

But it gets even worse.

A party in Florida (of course it was in Florida) involved guns and explosives and a ten-acre wildfire. Another party took down an airplane in Texas which proceeded to crash into a pro-Trump boat parade (OK. I made up the boat parade, but I would have gone to that party).  Another party destroyed a car in Australia.

But wait. It gets even worse.

A party in Iowa last October killed a grandma. Where’s the psychic cake for that one? Also, do you get the irony in a party about creating a life killing somebody? How did this gender reveal party kill a grandma? To reveal the gender, the party goers created a pipe bomb which is how you would expect al Qaida would throw a gender reveal party, or a Trump supporter, not Iowans. Wait. Iowa went for Trump in 2016. It does make sense.

These parties have gotten so bad, the creator of them has said, “Stop having these stupid parties. For the love of God, stop burning things down to tell everyone about your kid’s penis. No one cares but you.” Which is true. For most of your life no one will care about your penis except you.

Jenna Karvunidis is a blogger who is credited for creating the gender reveal party and she doesn’t care about your penis. And she’s right, not about the penis thing but yeah, probably. B it’s time to do away with parties that create wildfires, destroy the environment, destroys homes, cars, planes, trains, and automobiles and other 1980s John Hughes movies. No more parties that cost us millions of dollars. No shindigs that murder grandmas.

And if you think the focus on gender can mess that kid up for life, wait until he finds out he started a fire from the womb…and killed grandma.

Creative note: This is a rare cartoon from me that’s not about politics. There’s no Trump, Biden, or anything to do with Washington. It’ll be hugely popular with my newspaper editors while getting no traction on social media. I don’t need a psychic cake for that prediction.