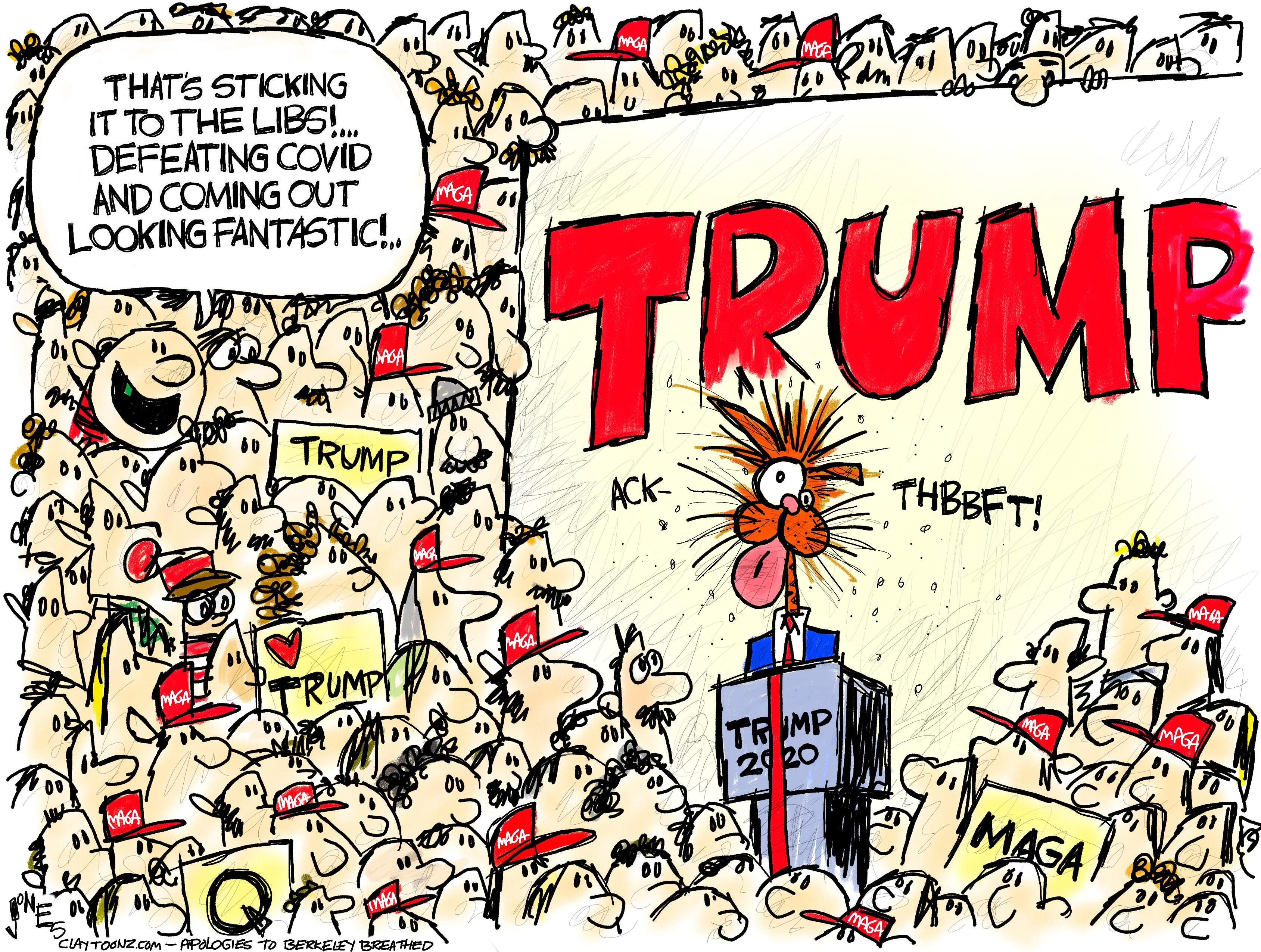 Donald Trump has been talking about how great he feels just a week after testing positive from the coronavirus. Well, supposedly a week.

He said he might be invincible and immune from the virus (despite catching it) and his treatment, full of dozens of experimental drugs and steroids, is the cure. What happens when he crashes?

He’s made several videos and some people have expressed concern about whoever was tasked to apply the pounds of orange makeup required for his face. But, looking at the way the makeup was applied, perhaps they used mascara attached to a 14-foot pole. Or, perhaps they used Homer Simpson’s makeup shotgun and it was set on “whore.”

Donald Trump has never looked good. Right now, he looks like what crap looks like that was crapped out by crap.

Today (Saturday), he plans to host an event at the White House, where the last time he hosted an event it turned into a Trump Virus super spreader. Ack!

On Monday, he plans to hold a rally in Florida, where the governor has no restrictions or safety precautions for the virus. I have an idea for Florida Governor Ron DeSantis. If he’s not worried about Trump spreading the virus or holding a super-spreader event in his state, then I challenge him to allow Donald Trump to lick his eyeball.

With several people from the Trump orbit currently in quarantine from catching or being exposed to the Trump Virus, these events are going to need warm bodies..because all the other bodies are growing cold. Only true sycophants need apply.

And Donald Trump will only want to be surrounded by the true sycophants because a true sycophant will never tell him how he really looks.

Creative note: If you don’t get this cartoon, I’m not going to explain it to you. But, Bloom County was a part of my development as a cartoonist. I was first influenced by Peanuts, then Garfield, and then I graduated to Bloom County. Somewhere between Garfield and Bloom County, I discovered Mad Magazine and the influences of Don Martin and Sergio Aragones still reside somewhere deep inside my brain. In fact, these crowd scenes have Sergio all over them.