I don’t really believe there’s a man in the sky who controls everything and all is predetermined. I don’t have faith. But when someone says “God bless you” or says they’ll pray for me, I appreciate the sentiment. I don’t really expect them to work.

Prayers don’t work but it’s nice if you believe they do. If God has his mind made up then what’s a prayer going to do? Change his mind? He’ll decide against that typhoon wiping out Fiji? I know there are people out there who will swear they prayed for something and it totally worked, like they prayed and now their herpes only shows up once a month. It’s a miracle!

Praying is often used to give the impression that you’re doing something, when you’re actually not doing anything. It’s a favorite of our do-nothing Congress. Congress hasn’t done a damn thing about anything over the past six years, and they’ve especially ignored the issue of gun control.

Congress won’t even fund studying gun control, or the impact of guns on society. I’m surprised they watch the news to know when there’s another mass shooting, thus informing them it’s time to pray again. They’re content taking money from the NRA to ignore the sales of AR-15s. They forget we’re paying them too. Quite frankly, anyone attempting to purchase an AR-15 or AK-47 should be deemed too unstable to purchase a gun.

They’re really good at scapegoating and dehumanizing homosexuals and then praying for them after a gay nightclub is shot up.

Hey, Congress. Thanks for nothing.

Are you curious on my take of Trump’s statements on the shootings? Come back tomorrow. I have something to say about it. 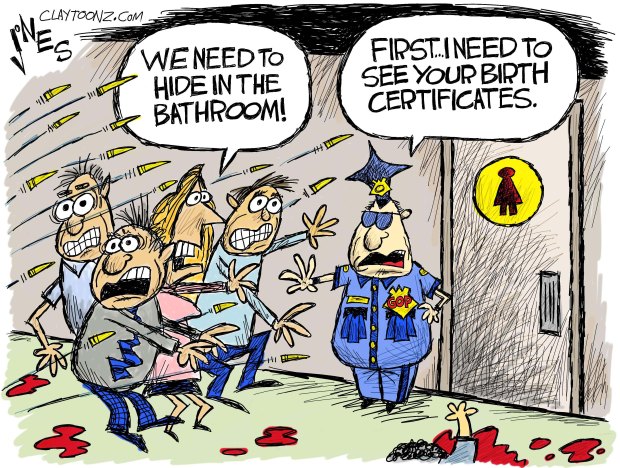 Am I politicizing this?

The United States suffered the worst mass shooting in its history this past weekend. A shooter walked into a gay nightclub and started shooting people. At this point 50 are dead and over 50 are wounded.

The shooter claims he’s affiliated with ISIS. He has a history of homophobia and anger issues. Is it really important he’s citing ISIS and the Boston Marathon Bombers as inspiration?

It’s not about Islam or “radical” Islam. It’s about people being radical. Conservatives love to point out that Islam calls for the death of homosexuals. So does Christianity. Most Muslim governments that are theocracies ban homosexuality which is evidence that we don’t want to tie our government to Christianity or any religion. It’s bizarre that those who hate gays want us to focus on other groups who hate gays.

These conservatives aren’t asking how the shooter acquired his weapons. They’re more concerned with people referring to the AR-15 used as an “assault weapon.” Seriously, they have more sensitivity toward the weapon than to the victims.

Conservatives love to politicize people and use them to advance their agenda. They scapegoat. They create a climate of hate and fear where none previously existed. They do it out of hate hate and to distract from other issues. They scream about bathrooms being unsafe from trangenders though all the raping and pedophilia being done out there is by heterosexuals, and usually by very conservative and religious people. It’s always a great time to politicize someone until their politicizing feeds a tragedy. When the tragedy strikes they offer prayers to those they have been tarnishing, degrading, and dehumanizing.

Am I politicizing this? I could have gone with a memorial cartoon. In fact, the cartoonist who I most admire has already published a cartoon with tears for Orlando. When I’m angry, annoyed, and really pissed off, sentimentality doesn’t come easy to me. I’m not a chicken-soup-for-the-soul type of person.

Am I politicizing this? You bet your homophobic ass I am.