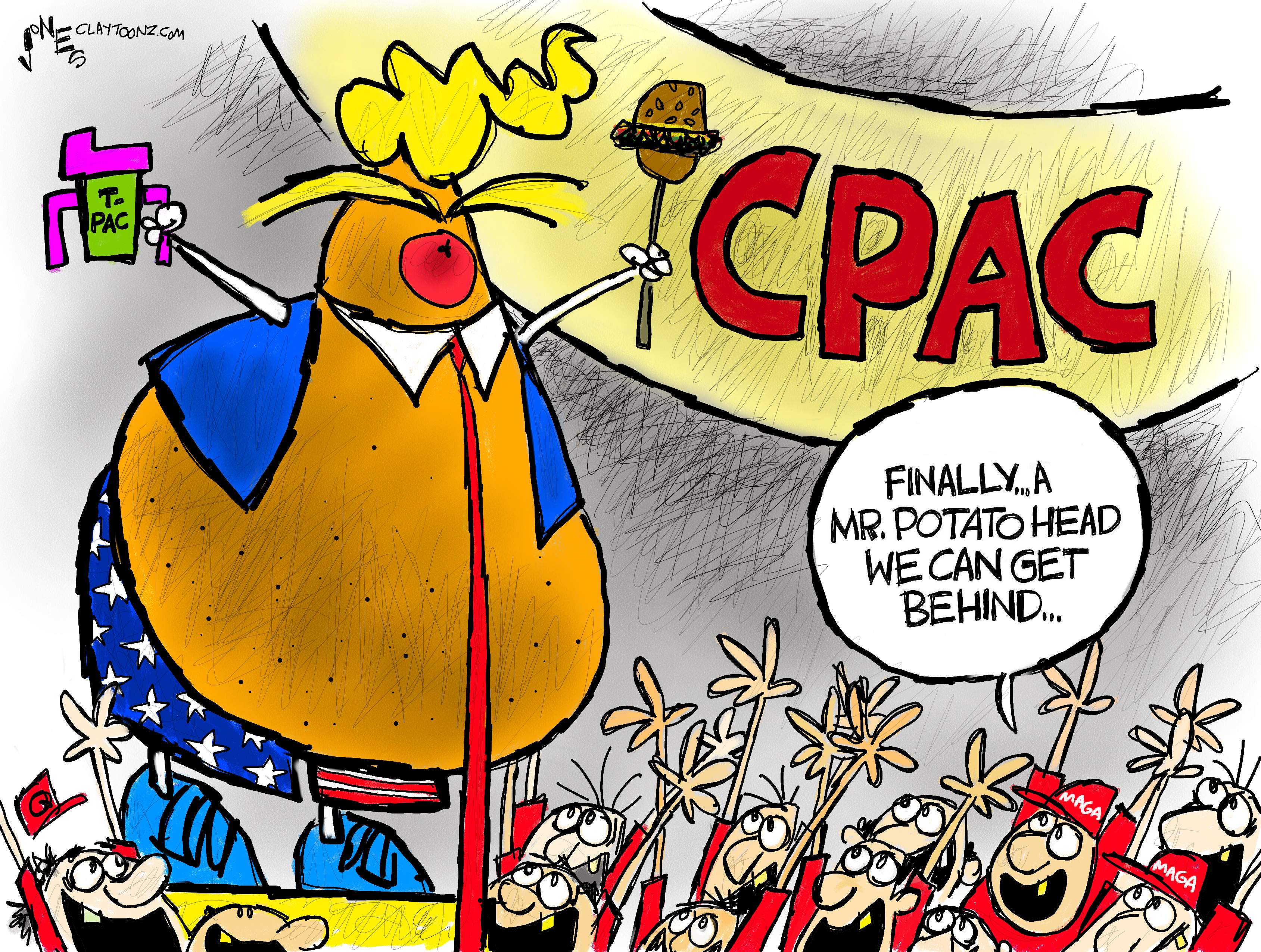 Speaking at the Conservative Political Action Conference (CPAC), Donald Trump Jr told the cult that maybe the organization should now be called “TPAC.” In case you’re slower than Donald Trump Jr, the “T” is for Trump. The should keep it as “CPAC,” but with the first “C” standing for “Cult.”

The Republican Party isn’t about conservatism anymore. It’s not about policy. It’s not even about Republicans. It’s about Donald Trump. His entire strategy to retake the White House is to run on his grievances because it’s all about him. The only policy is subservience to Donald Trump. This is not a party anymore. It’s a cult. And in case you had any doubts, just take one look at the golden statue, seriously, that was wheeled into the convention. They literally brought a golden statue of Donald Trump. Some in attendance at CPAC literally bowed down before it.

Saddam Hussein had statues made of him while he was still alive. He even named Baghdad’s airport after himself. By the way, there’s a movement by the Trump cult to rename a Florida airport after Donald Trump. Typically, leaders die before statues are built in their honor. You know, leaders much greater than Donald Trump like Abraham Lincoln, Martin Luther King Jr, Franklin Delano Roosevelt, and Ronald McDonald.

Will Republicans soon be required to build shrines inside their homes to Donald Trump, like what’s required North Koreans for Kim Jong Un, his father, and grandfather?

This is what’s become of the GOP, the Grand Old Party. It’s a cult to Donald Trump and after four more years of this shit, worshipping a racist reality TV show host who was this nation’s worst president, who lost the popular vote twice, lost the House and Senate for his party, who continues the Big Lie of the stolen election, who instigates terrorists to attack the government in bloody coup attempts, and refuses a peaceful transfer of power to the president who defeated him in a democratic and free election, there will be nothing left of the Republican Party.

Even Mitch McConnell, who blamed Donald Trump for the attack on the Capitol and suggested he’ll be held accountable in a court of law on criminal charges, said he’ll support Donald Trump if he’s the nominee in 2024.

What’s left of the Republican Party is outrage over a stolen election that wasn’t stolen and Mr. Potato Head maybe not being Mr. anymore.

“The people at CPAC are living in an alternate reality in which facts don’t matter, the Constitution doesn’t matter. They have no principle except whatever their leader says.” Who said that? The former leader of CPAC, Mickey Edwards.

Edwards, who is also a former Oklahoma Congressman said, “The Republican Party really no longer stands for any kind of principles, conservative or otherwise. They’re no different than they are in Hungary…whatever the Great Leader says, they do.”

He also said, “The party seems now to be completely following the lead of one man wherever he goes, which is the definition of a cult. All that matters is ‘Trump is for this, we’re for this.’ And that includes denying truth, denying facts, denying reality.”

Edwards quit the Republican Party after the attack on the Capitol. Speakers at this year’s conference, appropriately being held in Florida, include Senators Josh Hawley and Ted Cruz, who helped instigate the terrorist attack. Edwards said the current leader, Matt Schlapp, doesn’t have his job because when Edwards was the head of CPAC, “it was a group that was based on conservative principles. We were strong supporters of the Constitution. We believed in free elections. We believed in democracy. These people don’t believe in any of those things.” Schlapp does not push conservative issues anymore. Instead, he has pushed Donald Trump’s bogus stolen election lie. Removing yourself from reality is now a requirement to be a member of the Republican Party.

If you’re still a Republican, congratulations. You’re in a cult.