People arguing against a minimum wage increase usually point out fast food restaurants as examples. They typically pay the lowest starting salaries. As usual for conservatives, this is a losing argument.

Plenty of people have careers in fast food. There are workers trying to support families by flipping burgers. But most workers at fast food places are students. While they may be working to pay for a car, insurance for that car, or saving for college, few are asking, “Do you want fries with that?” to pay off a mortgage. But let’s say every worker is paying for rent or mortgage while trying to feed his/her family. How does that argument work now.

People against minimum wage increases claim it’ll hurt small businesses. But it’s not just small businesses paying shit wages. There are thousands of employees for billion-dollar corporations, such as Walmart and Amazon, who are on welfare. And these corporations contribute very little to help with social welfare as they pay as little as possible, if any, in taxes.

But let’s argue burgers. People complain burger prices will increase. How much will they increase? Thirty cents? Forty cents? Maybe even a buck? You know what, I’m OK with that. I don’t make a lot of money but if paying a dollar more helps someone feed their child, I can live with that. The people who can’t are probably the same jerks who won’t get vaccinated for covid19 only because of how it affects them. These same assholes will pay an extra dollar for cheese on that burger. And don’t get me started on that half slice of cheese McDonald’s puts on their Filet O’ Fish. What the hell is up with that? Who sat at a board meeting and said, “I have a great idea? Let’s only put half a slice of cheese on the fish.” Seriously, billion-dollar corporations that will try to save millions by cutting the cheese might have to be forced to pay a living wage.

Corporate leaders rarely do the right thing for the people who work for them, for the people without whose blood they wouldn’t have been able to build their corporate empire without. They have to me forced to provide healthcare. If corporate America had its way, there would still be children on assembly lines in this nation. If corporations actually cared about their people, they wouldn’t be manufaturing shoes and computer chips in China, Vietnam, the Philippines, Indonesia, and Kentucky.

The federal minimum wage is $7.25 an hour. That is insane. Most combo meals at fast-food places cost more than $7.25. But even in California, where the minimum wage is higher at $13.00 or $14.00 an hour (depending on the number of employees), a Double-Double combo at In-N-Out burger cost $6.70. That’s about the same price for a combo at any fast-food place here in Virginia, where the minimum wage is $11.75. But how much is a burger combo in Oklahoma, where they minimum is $7.25? At a place in Tulsa called Smitty’s, they have something called an “Egg-O-Nater” that’s a burger with a fried egg, bacon, and a slice of cheese that sounds delicious for $6.99. And that may be just for the burger alone, not drinks or sides.

If your argument is that paying people a wage they could actually support themselves with would jack up prices at Jack In The Box, then what’s going on in Tulsa? It’s not like the chickens are charging exorbitant prices for providing eggs for the Egg-O-Nater. They’re paying shit wages and charging prices higher than those in states where where workers are paid better.

Last week’s jobs report fell below expectations. Economists were predicting over a million jobs would be added, but it turned out to be 266,000 (in case you’re a Republican, that’s less than a million). Republicans are blaming increased unemployment benefits. They’re framing it as the fault of lazy shiftless people who would rather sit on their couches eating bonbons in their underwear while collecting an additional $300 a week, instead of taking a job with shit wages where they would be require to put on pants.

Republicans in several states are taking a short break from making it harder for black people to vote and making it legal to run over Black Lives Matter protesters to strip away unemployment benefits. For Republicans, it’s always work, work, work.

Additionally, some states are going to make it harder to collect those benefits by requiring the unemployed to show proof they’re job hunting and requiring employers to report when people turn down job offers.

States ending the benefits that were increased due to the coronavirus pandemic, or at least trying to do so, are Montana, South Carolina, Utah, and Arkansas. The truth is, a tight labor market usually drives up salaries and we’re not seeing that here. Maybe if you can’t afford to pay workers a living wage, then you shouldn’t have workers. Can businesses only survive if the owners are complete douchenozzles?

More states will follow these four Republican-led states. But get this: The benefits they’re canceling are federal benefits given to their states. Those Republicans are turning down free money. When do you ever hear a gubernatorial candidate run on promises of turning down free federal money? That’s money the recipients would have been spending in their states. Just how stupid are Republicans? This is why you never want them in charge of an economy. Never.

But it’s not just increased unemployment benefits keeping people from going back to work. There’s child care. Do you want to stop receiving an extra $300 a week to go back to work for a shitty salary while also paying for daycare? Hello, Republicans? Answer that one.

Some people don’t want to man a register at Dollar Tree for $7.25 an hour because shitty asshole mouth-breathers who refuse to get vaccinated will be coming in to bark in their faces. Again, the people complaining about the slow pace of returning to normal are doing the least to move it along…or they’re doing the most to stop it.

Even without stupid Republicans ending these benefits, they will end eventually. They will end in September. No intelligent person is going to turn down a good job offer because of unemployment benefits that will end soon. I doubt they can talk an employer into hanging on to a vacant position until September.

Another funny thing about this is, a lot of these businesses complaining that people are refusing to work because of increased unemployment benefits have profited by people spending those benefits at their businesses. I personally know people who stopped receiving their benefits to go back to work.

And while people were being laid off because of the pandemic, it didn’t seem to hurt the pay of corporate leaders. Boeing laid off over 30,000 employees while giving its chief honcho a $21 million bonus. Norwegian Cruise Lines, in an industry that helped ship the virus to the United States, cut 20 percent of its workforce while doubling the salary of its top dickhead to over $36 million. The numero uno Hilton fucker (not the guy who fucks Paris Hilton the most, but the guy running the hotel chain) got over $55 million last year after laying off 22 percent of its corporate staff. Chief executives of big companies now make, on average, 320 times as much as their typical worker.

At Chipotle, a fast-food place where the average pay to put a norovirus into a burrito is $11 an hour, paid their chief executive over $38 million last year.

Don’t forget that all these corporations were recipients of the Donald Trump Tax-Cuts-for-Asshole-Billionaires package that was his first initiative as president (sic) instead of, oh I don’t know, increasing funding for the infrastructure.

Here’s a fact I didn’t look up but I feel pretty positive about: Everyone who argues against increasing the minimum wage makes over $7.25 an hour. Why does American capitalism require that workers starve?

Correction: Most fast-food workers are not teens with 70 percent above 20 years of age with average being 27. 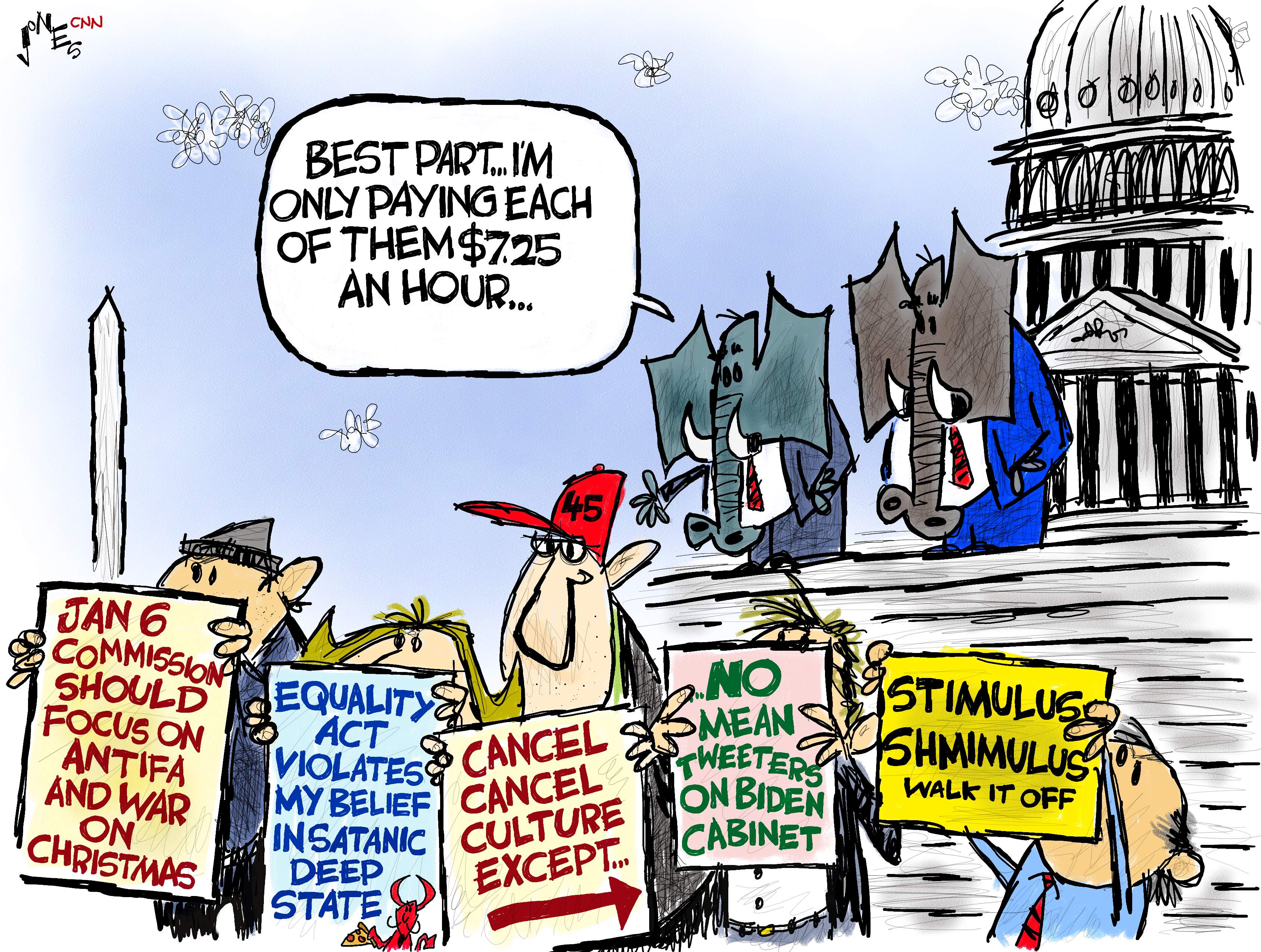 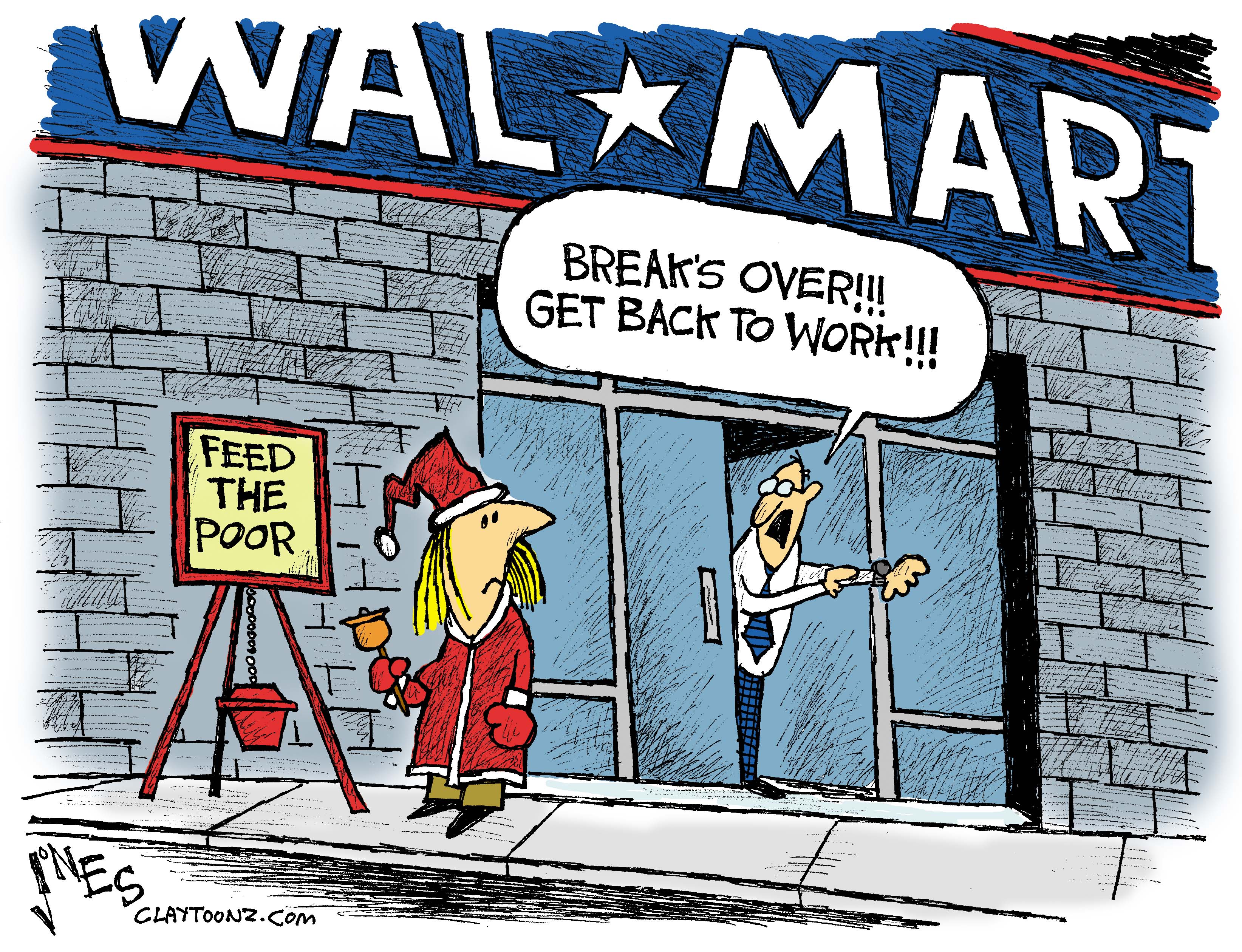