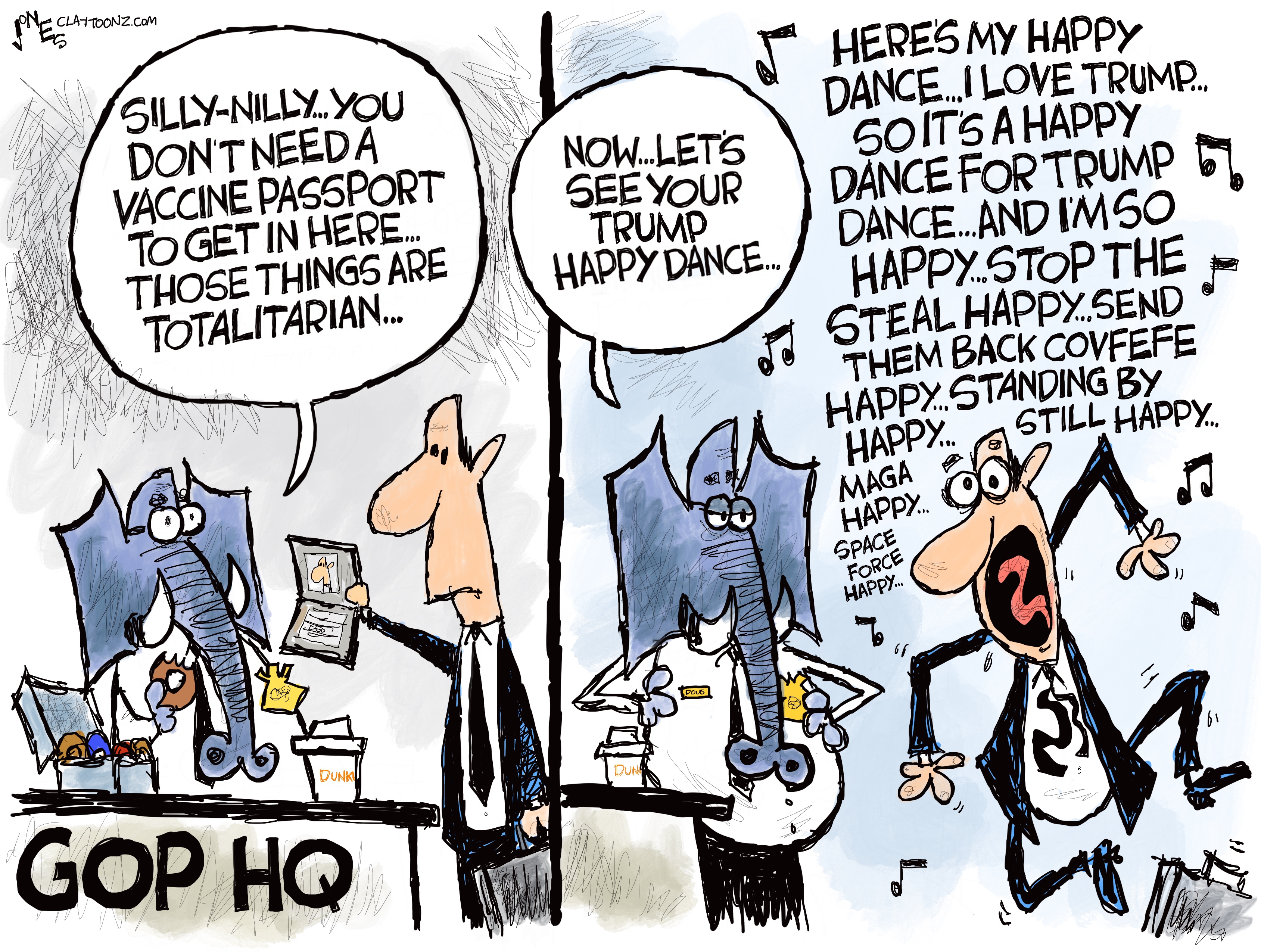 A lot of Republicans’ logic for believing Donald Trump won the election is because he had rallies with thousands of people and Joe Biden did not. They are using desires instead of facts to support their beliefs, but there is a great explanation as to why Joe Biden can win an election without holding massive campaign rallies.

The very simple reason why Joe Biden won the election is because the people who voted for him aren’t in a cult. Have you seen political rallies that were not Trump rallies? If so, compare the way they look to Trump rallies. The MAGAts come out emblazoned with Trump gear, professing their love for Donald Trump, as if he’s the Second Coming. Trust me on this, Trump supporters, it’s not a good look.

President Joe Biden won the election because more people in this country voted for him. Just because you can fill up an arena with 15,000 morons doesn’t mean you have the majority of the country. We outnumber you idiots. There’s just enough of you to embarrass us internationally.

I’ve seen Trumpers say, “I refuse to believe more people would vote for Biden instead of Trump.” But why is that so hard to believe? More people voted against him in 2016 too. Even George W. Bush won the popular vote at least once.

You can support a politician without flying multiple giant flags on the back of your monster truck. We don’t need to wear Biden hats or shirts on a daily basis. We don’t leave campaign signs in our yard year-round. This is the kind of shit MAGAts do. The MAGAts believe they are part of a movement and their wearing it is a display of this movement. It’s not a movement. It’s a cult. When we see you parading around in your Trump gear and flying MAGA flags off your vehicles, we are not impressed. You look pathetic.

Every GOP candidate for 2022 is running, not on a conservative or Republican platform, but on a Trump platform. What’s in the Trump platform? Just Trump. You have to praise Trump to be a member of today’s GOP. I really hope the Democrats retain control of Congress next year because there will probably be more GOP representatives who are members of Qanon.

Congressional Republicans want House Minority Leader Kevin McCarthy to punish colleagues Liz Cheney and Adam Kinzinger for accepting positions on the January 6 Committee from House Majority Leader Nancy Pelosi. Pelosi vetoed two of McCarthy’s picks who were Trump loyalists. Cheney and Kinzinger also voted to impeach Donald Trump. And in case your memory needs refreshing, the GOP caucus has already punished Liz Cheney by removing her from a leadership position and giving it to a Trump cultist.

When you are demanding that Trump be reinstated…just given the presidency, then you’re loyalty is not to the United States or the Constitution. Congratulations. You’re in a cult.

Republicans are worried vaccines are a method for the government to control you. They’re afraid of “vaccine passports,” and Tucker Carlson has compared them to Jim Crow laws. Others have compared them to the Holocaust and the branding of Jews by Nazi Germany. And yet, their unquestioned loyalty to Donald Trump is comparable to the loyalty Nazis demanded for Hitler. They have been controlled by their cult to fear monger that vaccines will control you. Once again, conservatives fail with irony.

I took the vaccine, yet I don’t sense a loyalty to the government. I still question the government. I voted for Joe Biden and there are issues I question him on. I have a vaccine card but nobody has tried to control me with it except the New York Yankees. Amtrak didn’t ask to see a vaccination card. My hotel in New York didn’t ask to see one. No establishment between Virginia, Washington, or New York City has asked to see my vaccination card…except the New York Yankees.

Come to think of it, I do have a Yankees cap…and a shirt, even while I’m also a Cubs fan. Oh, crap. I’m being controlled and may be in a cult. Have I been brainwashed to believe you can’t get a better hot dog than the ones at Yankee Stadium? But, if asked, I couldn’t name one Yankees player. I suck at cults.

I don’t think we should force people to take vaccines…but I do believe we should force Republicans to dance. No, not the happy dance. Each time one of them says something that’s not true, they should be forced to do the Little-Wrong-Man Dance. That’s something we had in our family but looking back, it never worked with us either.

Notes on my book, Tales From The Trumpster Fire: There are SEVEN copies of my book in stock, which go for $45.00 each, signed. Also, I have copies of my first book from 1997, Knee-Deep in Mississippi available for $20.00.