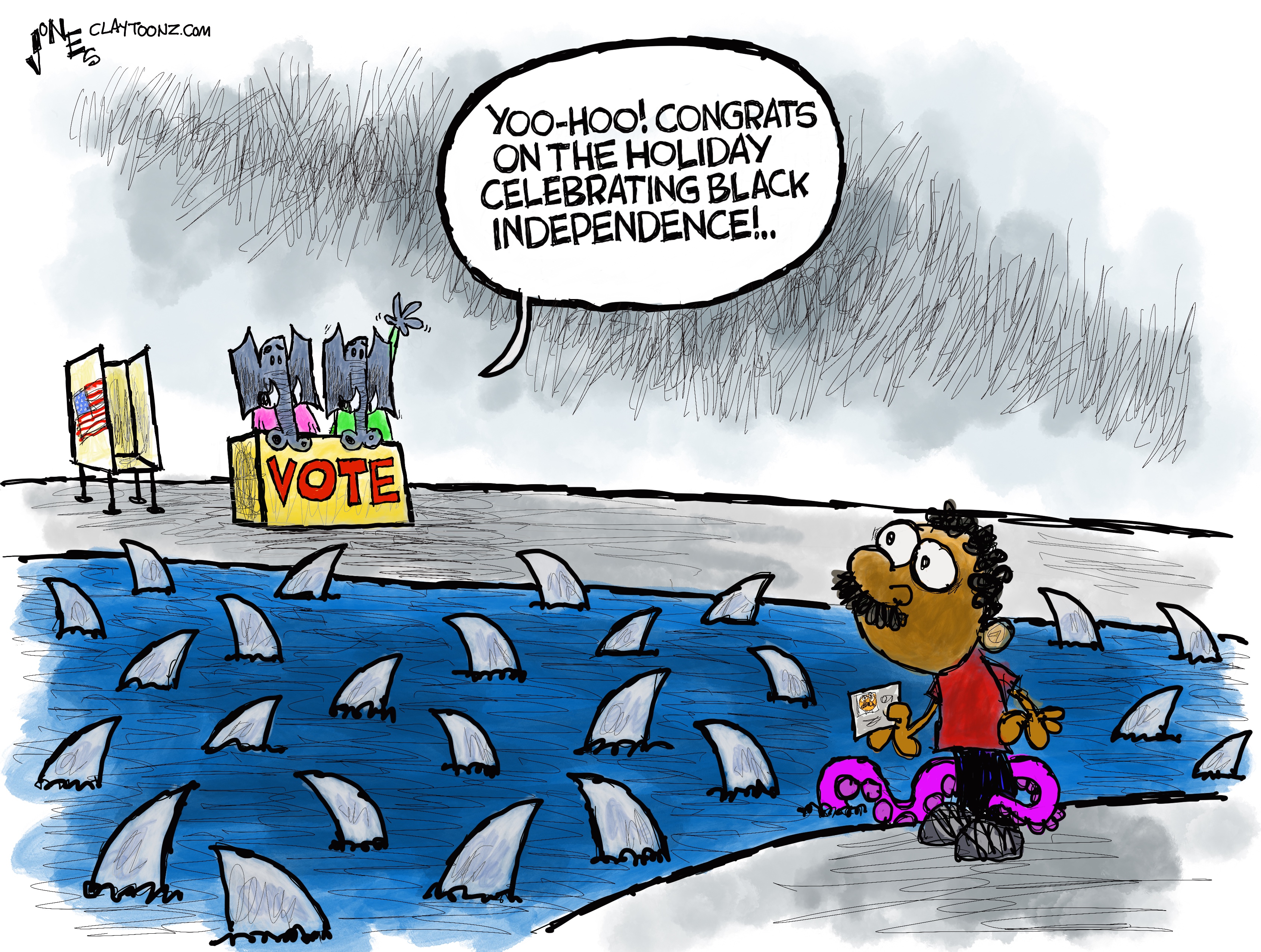 Another thing to get straight: These voting bills being debated and passed in state legislatures are not about election security or integrity. They’re about voter suppression and are designed to help Republicans win. They are designed to discourage black and brown turnout…and to amplify the power of the white vote. A lot of Republicans have said the quiet parts out loud and admitted if they don’t suppress the nonwhite vote, they won’t win elections anymore.

This bill is an attempt to counter the measures Republicans are using to suppress minority voting. A lot of Republicans are using the lie Trump won the election and had it stolen from him to create these laws, while there is no proof of any substantial voter or election fraud from the 2020 election. These laws are being created, not because of voter fraud, but because a lot of people voted. Republicans don’t like that. The larger the turnout, the less chance Republicans have to win. This is not my opinion. It’s a fact.

The bill Republicans don’t even want to talk about would ban partisan gerrymandering of congressional districts, force super PACs to disclose their big donors, and create a new public campaign financing system.

Mitch McConnell said, “These same rotten proposals have sometimes been called a massive overhaul for a broken democracy, sometimes just a modest package of tweaks for a democracy that’s working perfectly and sometimes a response to state actions, which this bill actually predates by many years.”

What Republicans don’t like about voting rights, and more people voting, is that most people in this country don’t like Republicans, their policies, their racism, their double-standards, their conservatism, their regression, or their racism. So, the best way to counter the people not voting for you is to stop them from voting.

This nation is moving forward while the Republican Party is going backwards. Typical of white conservatives, they believe their votes should have more power and more representation than liberal and nonwhite voters.

We need to ditch the filibuster. Manchin and Sinema argue that getting rid of will come back to bite Democrats in the ass if Republicans regain the Senate. They argue we need to work in “good faith” with Republicans, you know…the guys who don’t even want to talk about voting rights and are enacting racist laws across the country to suppress minority votes. But Mitch McConnell is already plotting to bite Democrats in the ass and I have good faith that no matter what the Democrats do while they control the Senate, McConnell will ditch the filibuster if he regains the Senate. He’s already promised if he regains control that he will block any Supreme Court nominations by President Biden. He’s not even bothering with signals and winks…he’s saying it out loud.

The bill Republicans don’t even want to talk about actually includes a national voter identification requirement. Republicans are all about voter IDs but they don’t want to actually do anything to help voters acquire IDs. Republicans will point at polls that say most Americans support Voter IDs, but is there a poll on how Americans feel about making it free and as easy as possible for voters to acquire IDs?

By the way, Voters IDs is another response to something that isn’t happening.

Perhaps the most ironic thing about this is that a majority of Republicans voted for making Juneteenth a federal holiday. They voted to celebrate black freedom while also voting to take it away.