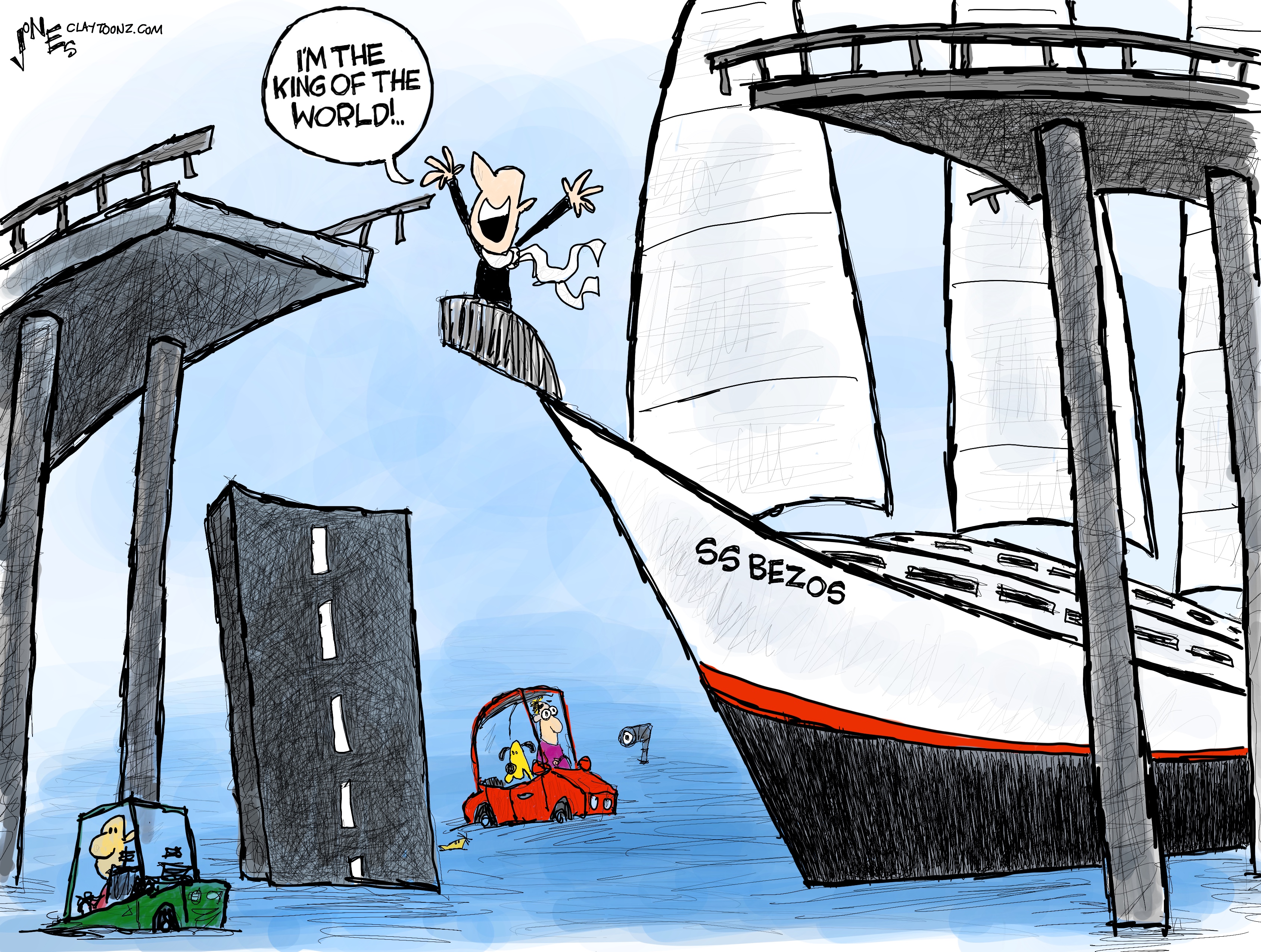 Bridges are literally crumbling and falling apart in the United States from decades of neglect. One of President Joe Biden’s accomplishments was the infrastructure package he signed into law last November. On the same day the president was visiting Pittsburgh, a bridge in that city collapsed. Over 45,000 bridges in this nation have been graded in “poor condition.”

Mega-billionaire Jeff Bezos pays very little in taxes if any at all, so despite being worth over $183 billion, he’s not contributing to repairing our infrastructure. But, while not paying to repair bridges in his country, he will pay to dismantle them in Rotterdam, where the citizens are telling him he can just go and rot the fuck off.

The mega-billionaire is having a 417-foot mega-yacht built in Alblasserda, a city in the Netherlands. For it to reach the ocean after it’s completed, it’ll have to pass under the Koningshaven lift bridge, popularly called “De Hef” bridge, in Rotterdam, Holland. But the boat is too big and for it to be able to get through the De Hef, it’ll have to be dismantled by De Douchebag.

This yacht will be the largest of its kind in the world. Why do billionaires need big-ass boats? Why do they need spaceships? Ego? Small penis? Who knows? But, Bezos will have to pay to partially dismantle the bridge for the SS Bezos to pass through. Even though the bridge will be put back together, a lot of Rotterdammers aren’t thrilled about this. They plan to attack the boat with rotten eggs.

The Dutch dude who’s organizing the egg-throwing event posted an invite on Facebook reading, “Rotterdam was built from the rubble by Rotterdammers and we don’t just take it apart for the phallus symbol of a megalomaniac billionaire. Not without a fight.”

This is true. The same bridge was destroyed by the Nazis. No, not those current Florida Republican Nazis, but the World War II Nazis. So, this bridge has only been dismantled by Bezos and Nazis. Have fun with that one, Jeff.

The shipbuilders being paid by Bezos are crying that destroying the bridge is the only way they can get the Bezos boat to sea. I think the Nazis had the same reasoning.