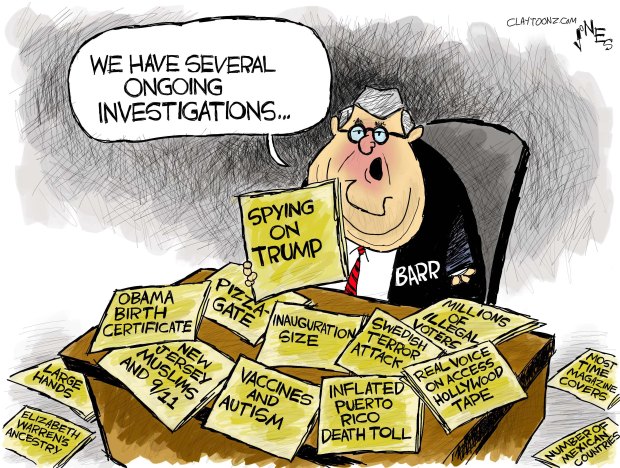 Russia helped Donald Trump win the presidency. They created troll farms and bombed social media with fake stories to promote Trump. They bought ads to help Trump. They hacked the servers of the Democratic National Committee and the Clinton Campaign. They contacted the Trump campaign. They sent representatives to Trump Tower to meet with Trump’s son, son-in-law and campaign manager. The son-in-law attempted to create a backchannel with Russia to avoid detection from American intelligence. At least sixteen people in the Trump campaign had contact with Russia. One Trump aide boasted to an Australian diplomat that Russia had dirt on Hillary Clinton. One of Trump’s foreign policy advisers, Carter Page, had boasted about being an informal adviser to the Kremlin. Carter Page traveled to Russia and met with government officials during the campaign and reported it back to the Trump team. While pursuing a warrant on Page, a federal judge concluded that Page was knowingly engaging in clandestine intelligence for the Russian government. The FBI acquired a FISA warrant to carry out electronic surveillance on Carter Page, a suspected Russia spy.

The Republican position on all of this is, how dare the FBI investigate a possible spy and threat to the United States. The GOP has expressed more concern for the rights of a suspected spy than for national security.

Since the election, the Trump administration hasn’t done anything to protect the U.S. from another attack by Russia. Donald Trump has spent the majority of his time denying Russia meddled in the election at all. Trump has accused the Clinton campaign of colluding with Russia because they hired a former MI6 agent to investigate Trump and interviewed Russians in the process. For some reason, that’s collusion while hosting Russians in your campaign HQ is not.

For the past two years, Trump has accused the FBI of attacking him and attempting a coup. He fired the director and other high ranking officials with long respectable track records in law enforcement. The Republican Party has engaged in smearing the FBI while being unable to actually pinpoint anything done illegally. All they’ve managed to do is prove that all warrants were acquired properly and within the law.

The only people who parrot Trump’s conspiracy talking points are Republican lickspittles, the idiots at Fox News, and shitweasels on social media. Now, add the Attorney General to that list.

Attorney General William Bar was quick to claim the Mueller Report cleared Trump, a position he put in writing in advertising himself for the job. He was also Attorney General during the George H.W. Bush administration and helped cover up Iran/Contra and recommended pardons for those involved. During last week’s testimony before Congress, he claimed there was definitely spying on the Trump campaign, parroting Donald’s talking points. Trump publicly had a joygasm.

My cartoon for CNN was a joke about checking the box on your tax returns if you wanted some of your refund to help pay for Trump’s lawyers fighting to hide his tax returns. In reality, with William Barr as the Attorney General, you are paying for Trump’s lawyer to protect him. Barr is just as ridiculous as Lindsey Graham, Devin Nunes, Jim Jordan, and all the other elected Republicans who have spent the past two years putting the cult of Trump before our nation. Barr may as well start investigating all of Trump’s stupid conspiracy theories like Obama’s birthplace, New Jersey Muslims celebrating 9/11, the Swedish terror attack, and whose voice is that really on the Access Hollywood tape? He couldn’t ruin his credibility any more than he already has.

Barr is engaging in a coverup, which is exactly what Trump wanted from his Attorney General. Part of that coverup is a deflection which is what this fake investigation is all about. The FBI did not spy on the Trump campaign. They spied on an individual with the Trump campaign. It’s not the FBI’s fault that Trump hires Russian spies. Neither the Democrats or the FBI selected these people. Trump chose them.

It’s reported that Trump asked within the White House, “Where’s my Roy Cohn?” a lawyer who helped Joseph McCarthy engage in investigating suspected communists and a mentor in sleaze to Donald Trump. Trump wanted a Roy Cohn in the Justice Department to sleaze up the place in protecting him.

Barr doesn’t have any evidence that supports his spying claim, yet he’ll mimic stupid talking points as part of his coverup to protect Donald Trump.

Someday, another criminal in elected office is going to ask, “Where’s my William Barr?”