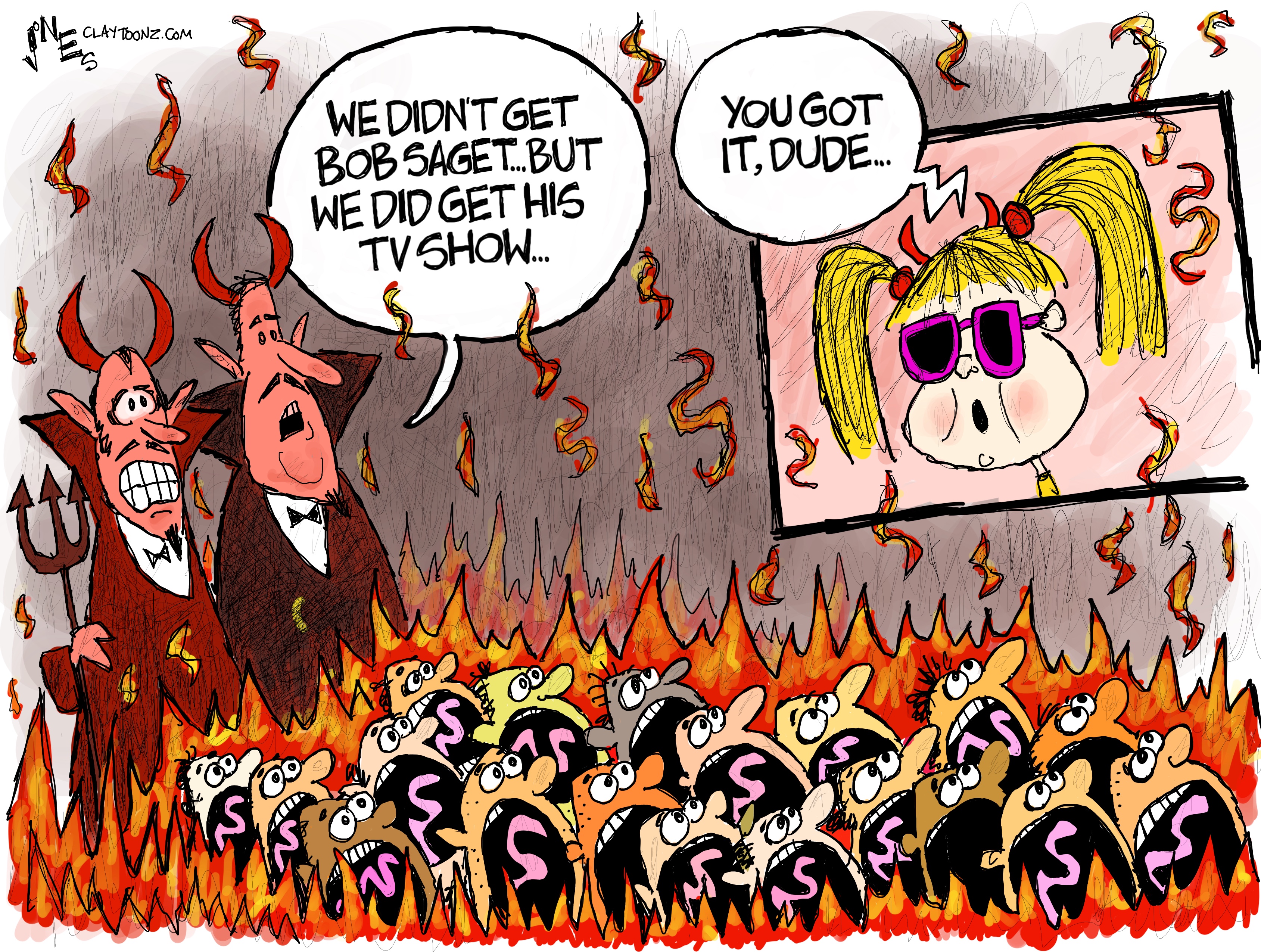 My proofreader Laura asked me if “you got it, dude” was a catchphrase from the Bob Saget sitcom “Full House.” Of course, it is, but I had to look it up. I swear. I didn’t even remember they were the Tanner family until this week and can’t tell you a single name of any of the characters except DJ. And I don’t know which one was DJ.

I did run across the show a few times and knew it was the type of thing that’d make me nauseous because when I ran across it, it made me nauseous. It was just a godawful horrible show. And when I heard one of the actors, Dave Coulier, might be the inspiration for Alanis Morrisette’s “You Outta Know,” it kinda ruined the song for me.

But, I did like Bob Saget. He was a very funny comedian and listening to him on a radio show years ago gave me the impression he was a really good guy. When the host of the show, I can’t remember who cracked a sex joke about the Olson twins, Saget stopped him. Why? Because he’s a cool dude. Since Saget allowed his friends to roast him for Comedy Central, he’d probably laugh at this cartoon.

Anyway, I really liked this idea and wanted to get it in despite there being such heavy news this week that I feel obligated to cover. This is a bonus…a late Tuesday night bonus. It’s 11 P.M. and I haven’t eaten yet.

I also figured, hey…everybody loves my obit cartoons. They went crazy over my Betty White one, but then again…I was almost burned in effigy for my Mike Nesmith one. I can’t wait to see what happens with this one.

Music note: I listened to Abba while drawing this cartoon. Yes, Abba. I am a 90’s alt/grunge guy but screw you, Hater. Abba’s kinda amazing.